Joan and Bill Milligan of Orlando received a big thank you at the Bull Gator celebration for 50 years of outstanding giving in the Bull Gator program!

The Orlando couple were honored at the Florida Gators game held at Ben Hill Griffin Stadium in Gainesville on September 3, 2011.

The Bull Gator Booster program is the top level of University of Florida’s annual athletic donors.

The money is used to support the annual athletic scholarship needs of Gator student-athletes and to provide for the continued modernization of Gator athletic facilities in Florida. 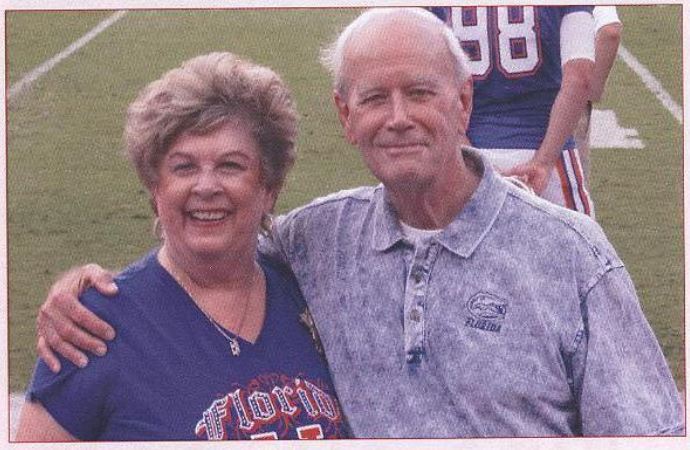 Search OrlandoMemory.info using the name “Milligan” for additional posts on the Milligan family. 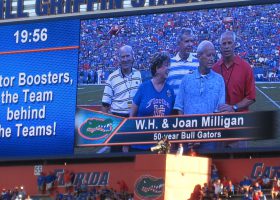 A Big Bull GATOR Thank You to the Milligans for 50 Years!

Joan and Bill Milligan of Orlando receive a big thank you at the Bull Gator celebration for 50 years of outstanding giving...