Dr. Ben Brotemarkle is the Executive Director of the Florida Historical Society and producer and host of the Florida Frontiers, radio and television program. Florida Frontiers: The Weekly Radio Magazine of the Florida Historical Society is a weekly, half-hour radio program airing on public radio stations throughout the state. Ben Brotemarkle is also the creator, producer and host of the weekly public radio program The Arts Connection on 90.7 WMFE-FM. From 1992 to 2000, Brotemarkle covered the Orlando local arts and cultural scene including theater, music, dance, film, the visual arts, and literature. His award-winning features have been heard around the world on Voice of America Radio, across the country on National Public Radio, and throughout the state on Florida Public Radio. He has also produced and hosted a series of award-winning television documentaries. Brotemarkle has been named Distinguished Educator and Endowed Faculty Chair of Academic Excellence at Eastern Florida State College (formerly Brevard Community College) where he teaches a course on the Humanities in Florida. Dr. Brotemarkle holds a Ph.D. in Humanities with a specialization in Florida History, and has written five books on the history and culture of the state. 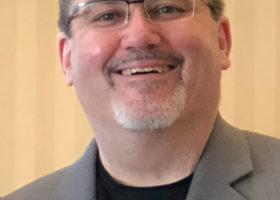 Dr. Ben Brotemarkle is the Executive Director of the Florida Historical Society and producer and host of the “Florida Frontiers,” radio...

There are currently no video related to this memory.
"The Complete History of Florida in Less than an Hour" by Dr. Ben Brotemarkle