A celebration was hosted at Epcot on 2 October 1999 to recognize the people who created the Tapestry of Nations parade and Illuminations 2000: Reflections of Earth to celebrate the new millennium.

Images are of an actual invitation and guest pass used by Oliver Peters who worked on the Reflections of Earth project while employed at Century III Teleproductions which was located on the back lot at Universal Studios Orlando at the time. Oliver edited the video clips shown on the large globe in the center of the lake. 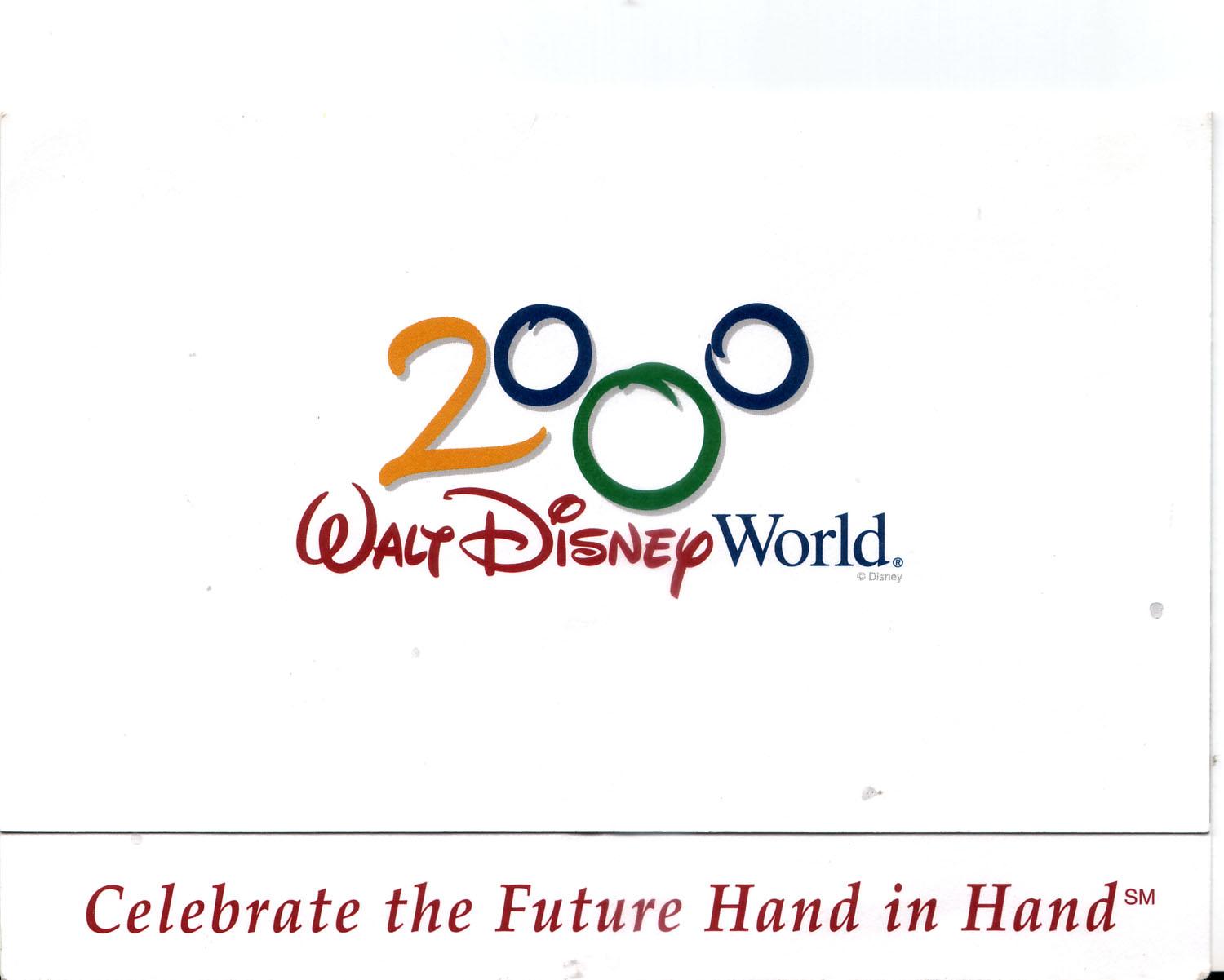 This is the inside of the invitation sent to all those who worked on the Tapestry of Nations and Illuminations 2000: Reflections of Earth at EPCOT. This is the invitation sent to Oliver Peters, who was at the time an employee at Century III Teleproductions which was located on the backlot at Universal Studios Orlando. Oliver was the editor of all the video clips that appear on the large globe in the middle of the lake.

Transcription: You are invited to a Grand Millennium Celebration to recognize the men and women who made Tapestry of Nations and Illuminations 2000: Reflections of Earth a reality!

Oliver Peters worked for Century III Teleproductions from 1985 until he left in 2002 to form his own company. Over the course of seventeen years, Oliver held the positions of videotape editor, project manager and operations manager. CIII was first located in the old Bee Jay Recording Studios on Eggleston Avenue in Winter Park, Florida, but relocated in 1989 to Universal Studios after being selected from many production houses to be the post production facility on the back lot at Universal Studios. During this time period, Orlando garnered the name “Hollywood East” due to the filming/taping and post production of films and television series in the Central Florida area. His web site is www.OliverPeters.com

This two sided silver coin was presented to persons involved in the “Illuminations 2000: Reflections of Earth” project that debuted at Epcot on October 1, 1999.

Don Dorsey is an American audio production consultant, and a designer and director of fireworks and nighttime spectacular shows (including IllumiNations and Sorcery in the Sky.) From 1975 to 1992 he served as the main audio recording and post-production engineer for the Entertainment Division of Disneyland Park, manning console knobs and faders for recording sessions with Mickey and his cohorts, and for musical groups which ran the gamut from bagpipes, steel drums and accordion to marching band, 100-voice choir and symphony orchestra. While working with Disney, Don also worked with a number of pop musicians, including Quincy Jones, Sergio Mendez, and Donna Summer.His electronic arrangements and performances for Disney’s Main Street Electrical Parade have been heard by an estimated 100 million Disney park guests around the world (as of 1997). In 1984 he produced the score for Laserphonic Fantasy and IllumiNations in 1988.Don continues to develop new entertainment projects and technology for Disney parks around the world, and in 1999 he directed IllumiNations: Reflections of Earth, to celebrate the new millennium.

If anyone could corner the millennium, Disney could. In presenting the theme music to its Millennium Celebration at Epcot Center in Florida, the mega-corporation attempts a grand, musical year-2000 salute. Naturally, World Millennium Celebration weaves plenty of fiery brass, warm sting passages, stirring voices, and a mix of space, romance, and Earth adventure into the fabric of this fantasy work. Executive Music Producer Steve Skorija’s task seems to be providing a backdrop for live performance, a scrim to unfurl behind the spectacle. And in doing so, the themes “Reflections of Earth,” “We Go On,” “Tapestry of Nations,” “Promise,” and “Celebrate the Future Hand in Hand” (complete as a gospel version as well) have an “Up with People” undercurrent that is ambiguous even as it is mildly diverting. On those merits, Millennium Celebration succeeds as a score. But for sheer entertainment value, the CD needs to give us more of the legendary mouse’s magic and less of its roar. –Martin Keller 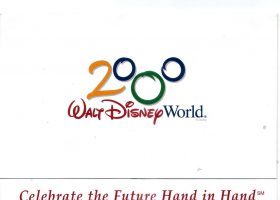 This is the cover of the invitation sent to all those who worked on the Tapestry of Nations and Illuminations 2000: Reflections... 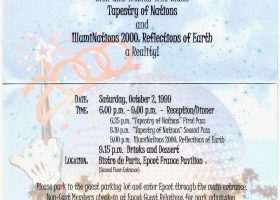 This is the inside of the invitation sent to all those who worked on the Tapestry of Nations and Illuminations 2000: Reflections... 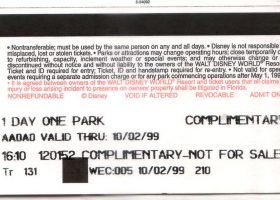 Guest Pass included in the invitation sent to all those who worked on the Tapestry of Nations and Illuminations 2000: Reflections of...