ABOVE: The official dedication of Interstate 4 through Orlando is held for the roadway that will move Florida forward. (Frank Russell, Orlando Sentinel, March 10, 1965)

While working as a traveling salesman after graduating with my degree in Journalism, go figure, I made many lengthy trips on I-4. Back and forth from my office on Vineland Road to my territory on the east coast. I had sat in traffic when they closed sections of I-4 for the president’s arrival, through 10 and 12 car pileups, but never had I sat in traffic like I did on October 13, 2006.

After a successful sales trip to Daytona, I was riding the wave of lowly compensation all the way back to my office an hour and fifteen minutes away. I returned victorious, making multiple victory laps around the plastic cells, cubicles, where my coworkers resided. The Karate Kid theme song blared from my boss’ boombox, yes he had a boombox, as I prepared to head home an hour early as part of my lowly compensation. Little did I know, the hour I had been granted was far less time than I would need to make it home at a normal hour.

I hopped in my whip and drove off into the sunset. At that point in the evening on a Friday, I expected traffic jams to conveniently stretch from downtown to about a mile before my exit. While driving up a ramp and nodding politely at a car attempting to merge, I noticed a small plane violently touching down on the eastbound side of I-4. The plane landed and drove on for a half mile or so before reaching the outskirts of that days congestion.

For the first couple hours I began to feel a bit like Odysseus from Homer’s Odyssey. Dodging police “sirens” and cycloptic semis in the hopes that I might someday see home again. That night, I spent three hours trying to get home, all because some politician with boatloads of money was attempting to bypass the very traffic which he would later cause. Seeing a plane land on the highway “tarmac” was by far the weirdest memory I have of I-4. 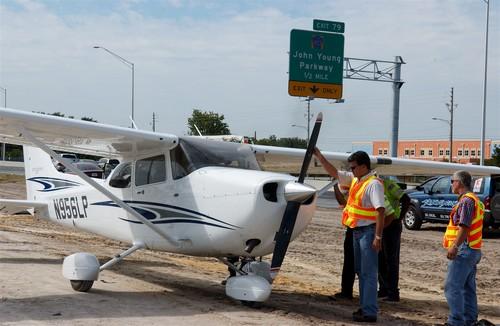 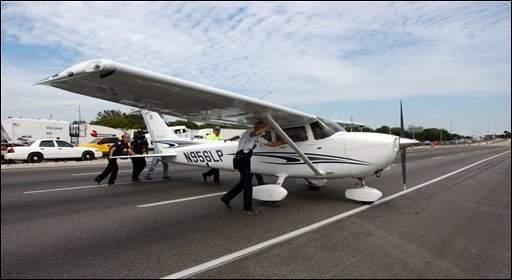 ABOVE: Michael Heffinger, FDOT Roadway Engineer, touches the propeller of a Cessna Skyhawk that landed on I-4 near the John Young Parkway intersection, on Friday, October 13, 2006. The plane was piloted by reform party gubernatorial candidate Max Linn. He developed engine trouble about 1:35 p.m. and landed in the eastbound lanes of the interstate between John Young Parkway and South Orange Blossom Trail — five miles south of the airport – backing up traffic for miles. (Ricardo Ramirez Buxeda, Orlando Sentinel / October 13, 2006)

Peruse additional images below under Attachments. Remember to read the descriptions!

Back to top
TAGS: I-4, Merita, Merita Bread, traffic
ATTACHMENTS 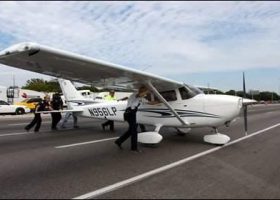 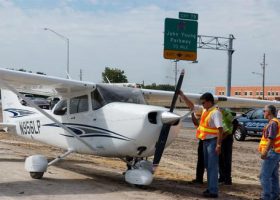 Michael Heffinger, FDOT Roadway Engineer, touches the propeller of a Cessna Skyhawk that landed on I-4 near the John Young Parkway intersection,... 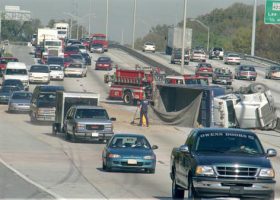 Overturned Dirt Truck on I-4

Westbound traffic on interstate 4 (I-4) backs up near a truck that spilled its load of dirt. The truck was driven by... 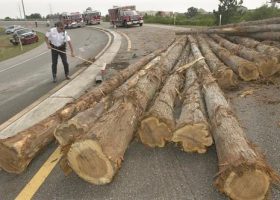 Overturned Logging Truck on I-4 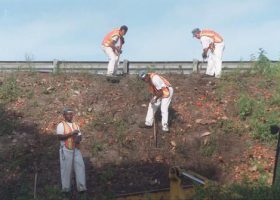 Inmates Clean Up I-4 Tomato Spill

Inmates rake tomatoes from the embankment between Interstate 4 and Wymore Road in Winter Park after hundreds of pounds of produce were... 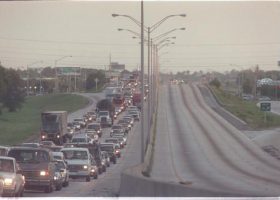 Tomato Truck Traffic on I-4

Interstate 4's westbound lanes were backed up 6 miles mostly because of gawking at an accident near the Fairbanks Avenue exit in... 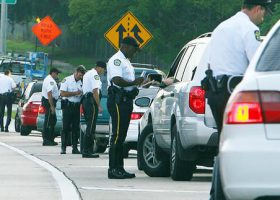 Ticket Trap on I-4 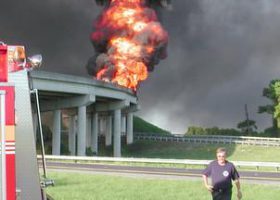 A firefighter from Engine 31 walks across the Interstate-4 median while the fuel tanker burns behind him, turning the sky black. The... 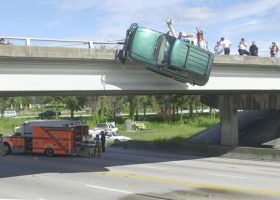 Truck Hanging off I-4 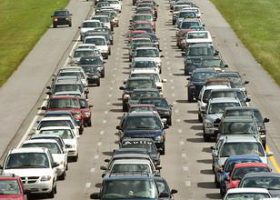 Westbound traffic came to a standstill on Interstate 4 near Walt Disney World in Orlando, on Saturday, August 14, 2004. Evacuees from... 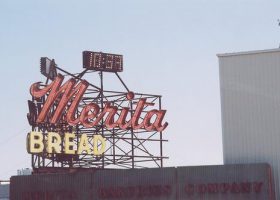 The iconic Merita Bread sign near Exit 35 on Interstate 4 in Orlando gives drivers the temperature and time as well as... 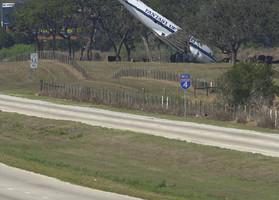 This is the eye-catching airplane along an empty stretch of Interstate 4 advertising the Fantasy of Flight attraction. The plane is a... 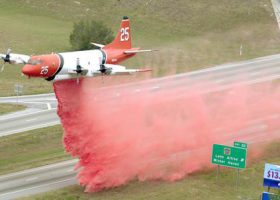 Tanker Plane over I-4

A tanker plane dumps fire retardant along the eastbound lanes of an empty I-4 near the intersection of County Road  557 in... 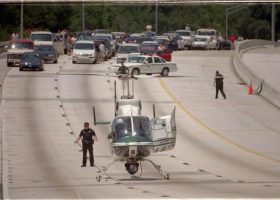 Interstate 4 was at a standstill as police descended on the area where Michael Welsh held police at bay near the Princeton... 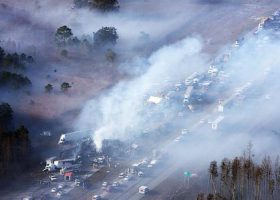 The accident scene Wednesday, January 9, 2008, of a 70-car pileup with 5 fatalities that blocked at least 14 miles of Interstate... 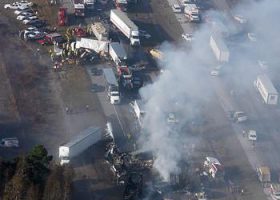 The accident scene, Wednesday, January 9, 2008, of a 70-car pileup with 5 fatalities that blocked at least 14 miles of Interstate... 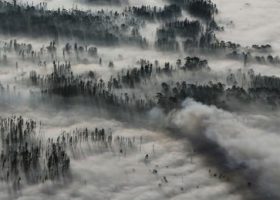 Smoke from I-4 Pileup

A plume of smoke (lower right) billows from the I-4 accident scene on Wednesday, January 9, 2008. The accident included a 70-car... 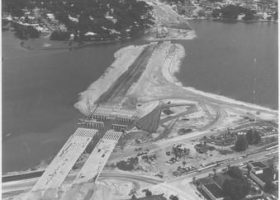 Wow, what a difference 40-something years make. Here's an aerial shot of the I4 bridge at lake Ivanhoe in downtown Orlando being... 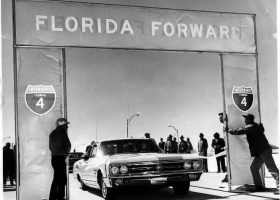 The official dedication of Interstate 4 through Orlando is held for the roadway that will move Florida forward. (Frank Russell, Orlando Sentinel,... 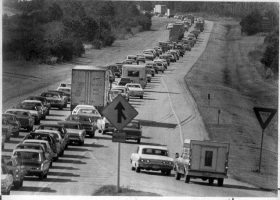 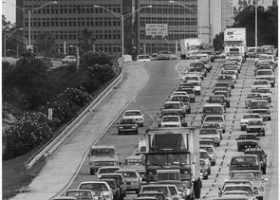