Scott Warfield is an assistant professor of music history at the University of Central Florida. 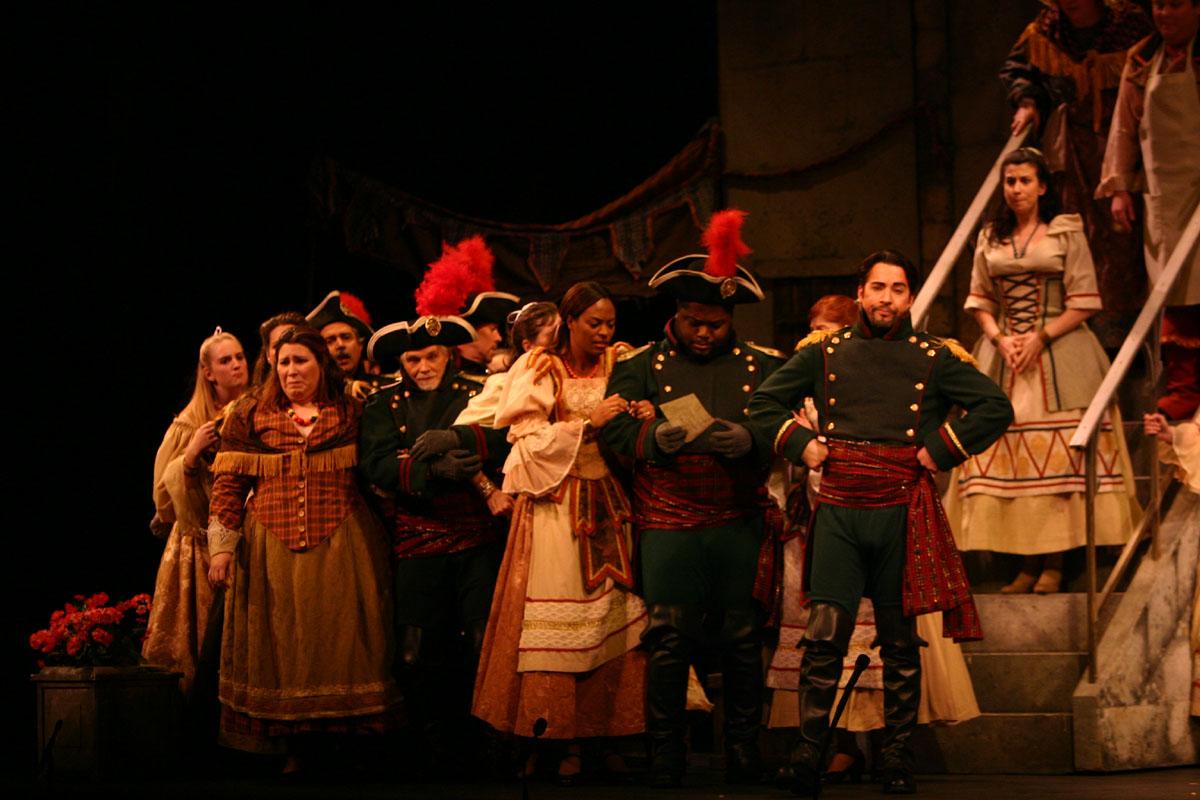 To be honest, the operas of Gaetano Donizetti can be pretty thin stuff most of the time. The story lines are simple, the characters one-dimensional, and even the music — especially the accompaniments –can descend to the generic.

Despite these very real limitations of the material, many of his operas retain interest today, and Orlando Opera showed why in its new production of The Elixir of Love on Friday evening at the Bob Carr Performing Arts Centre. 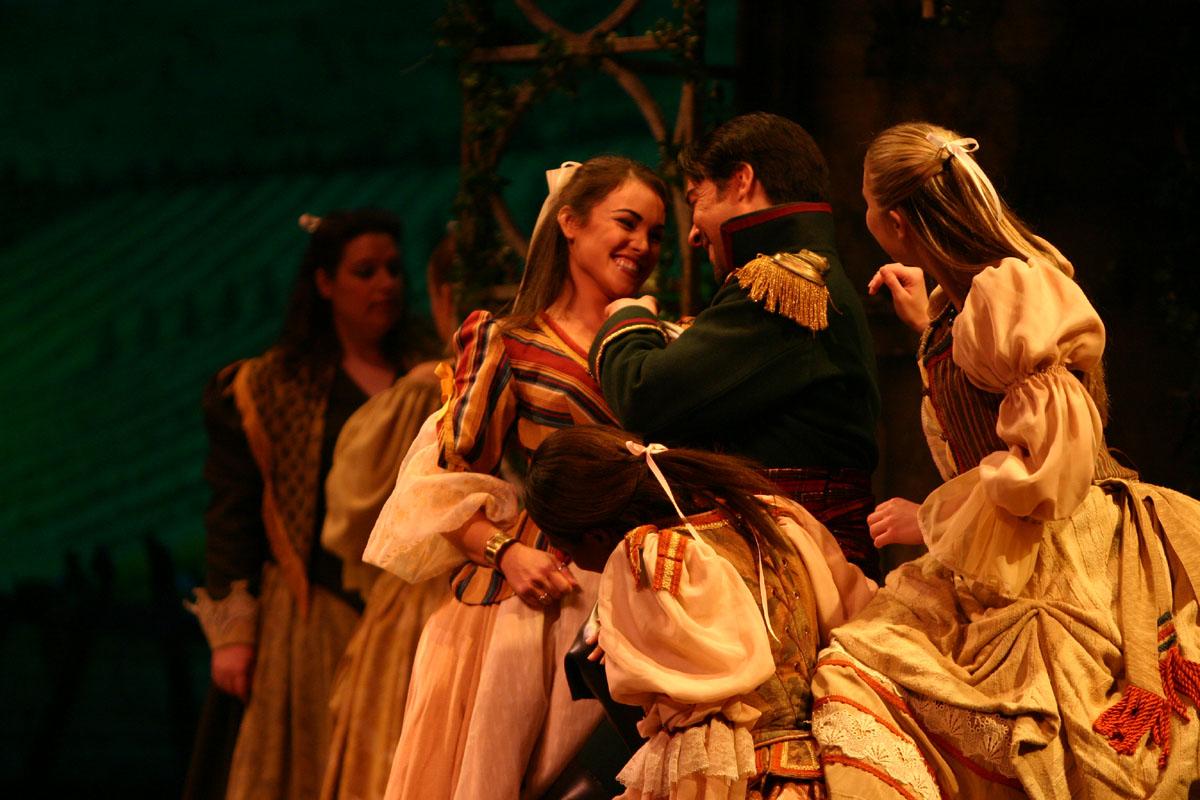 The essence of any Italian opera, especially one from the early 19th century, is melody, which places a premium on the singing actors, and that is the strength of this production. All four leads were in very good form, and they were supported by an excellent chorus and orchestra.

Aaron Pegram, who has been a resident artist with this company in recent years, gave what may have been his best performance yet in Orlando in the role of Nemorino, the insecure young villager who finds his confidence in Dr. Dulcamara’s dubious potion. 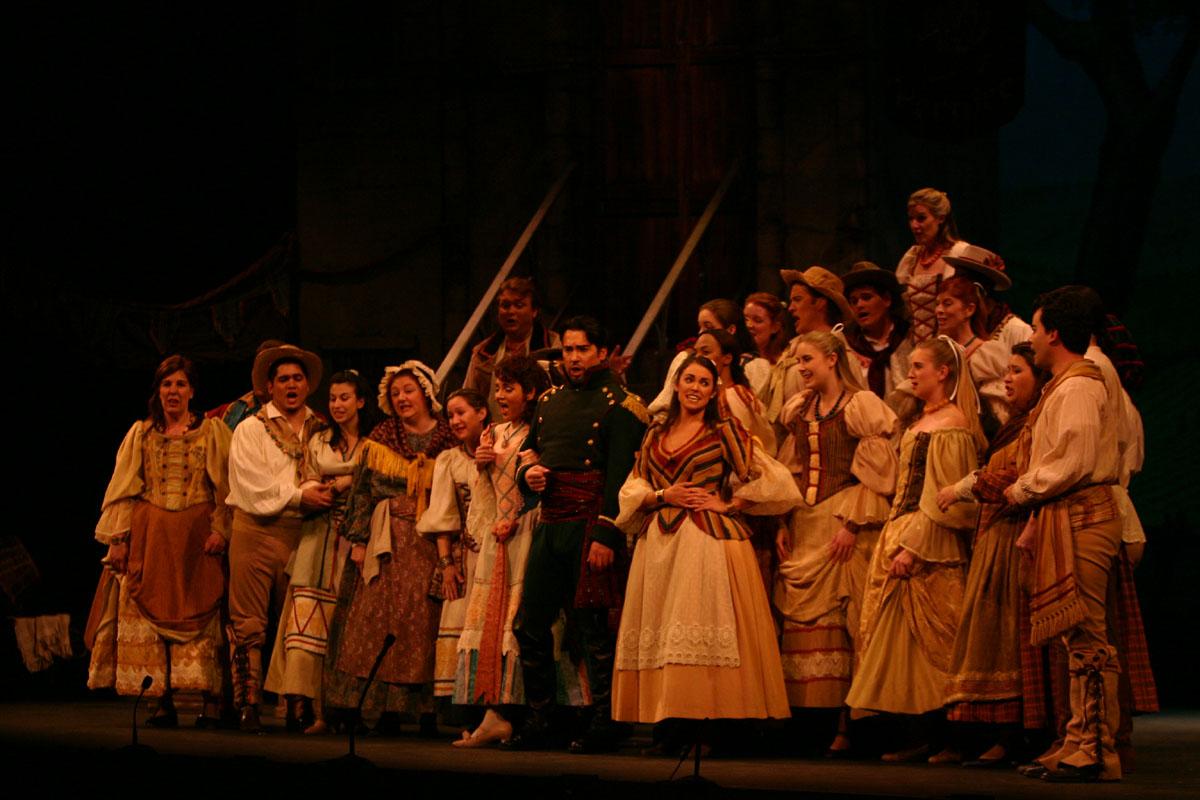 Pegram was a very winning presence from his first moments on stage, and it was clear that his voice is maturing and filling out nicely. His finest singing came in the second-act aria “Una furtiva lagrima,” which drew deservedly strong applause from an appreciative audience.

The comic center of this work was handled with style and aplomb by Ron Nelman, whose big bass voice perfectly fit the outsized character of Dulcamara, the peddler of the phony elixir. Nelman also gave several impressive displays of vocal dexterity in patter arias. 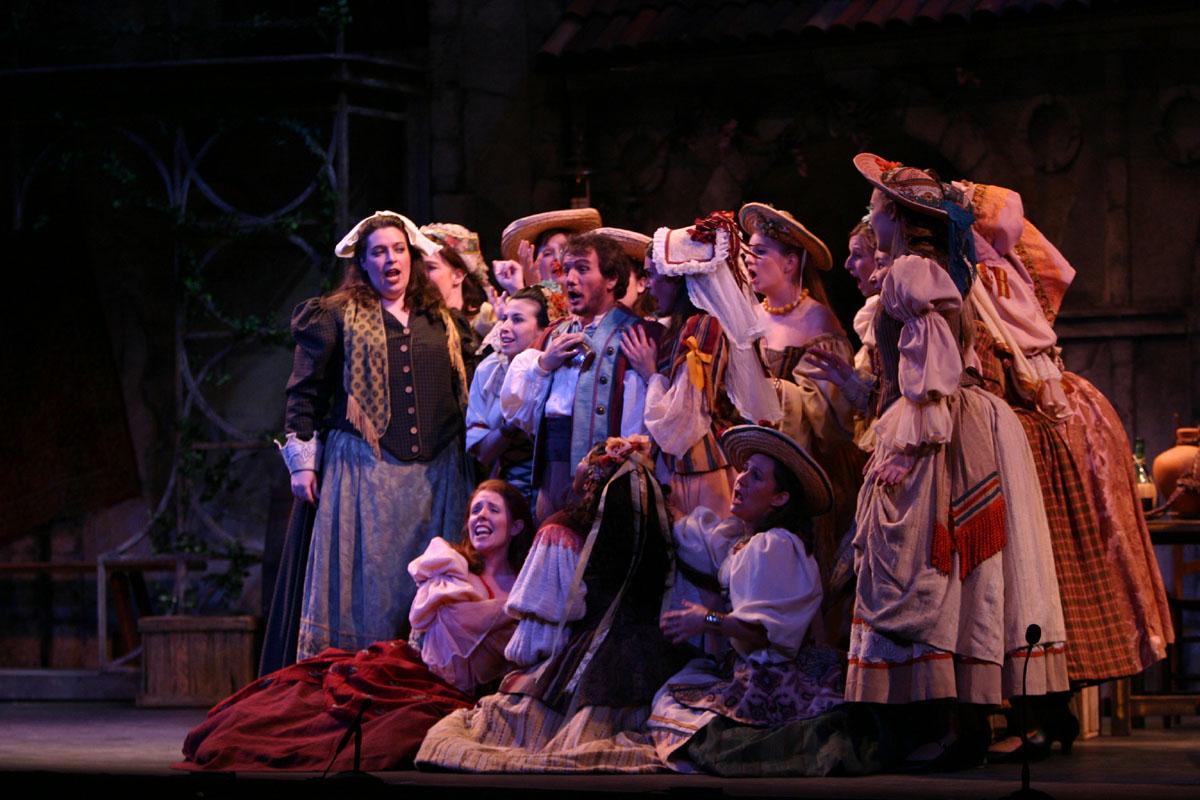 Nemorino’s rival, Sergeant Belcore, was well played and sung by Carlos Archuleta. These sorts of roles are easy to overdo, and both Nelman and Archuleta created characters just broad enough to amuse without going overboard.

As Adina, the object of everyone’s affection, Anna Vikre was an animated figure on the stage, and her voice was generally solid, although her uppermost notes were occasionally edgy or pinched. 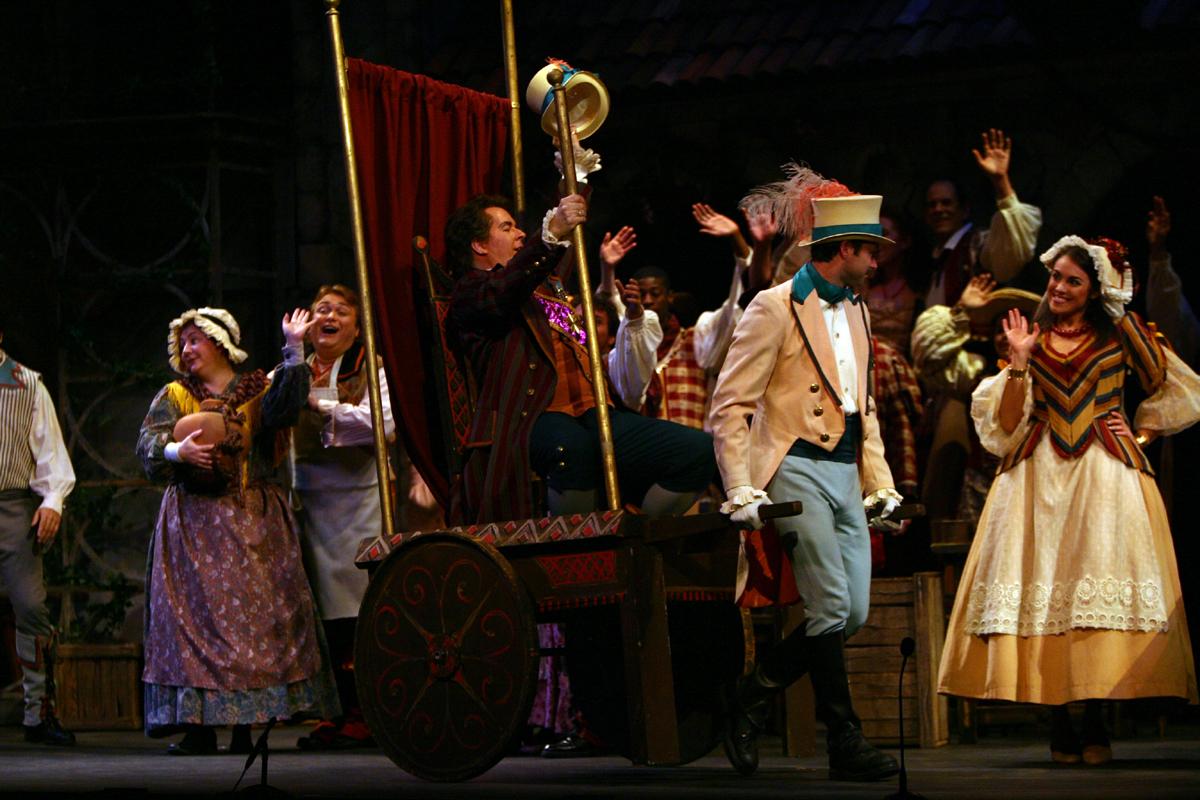 Robin Stamper, who has been doing an excellent job preparing choruses for Orlando Opera for several seasons, continued in that vein for this production, and he also handled the conducting duties in a capable fashion.

The only slight negative in this production was the staging, whose problems began in the first act with sets that were placed so far downstage as to leave no room for any creative movement by almost anyone in the cast. There were plenty of small comic bits scattered in the chorus, however, which did add to the atmosphere on stage.

Such a limitation merely focused the attention back on the voices, which is, as any fan of Donizetti will tell you, where it ought to be, and why one should see Orlando Opera’s latest effort. 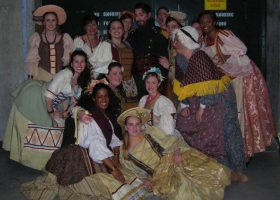 Handsome Belcore and his adoring girls from the Orlando Opera production of Elixir of Love. 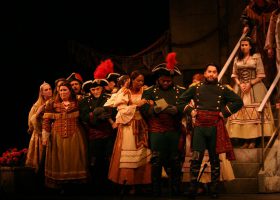 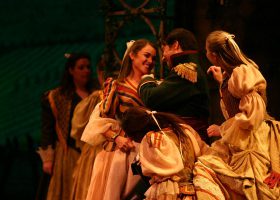 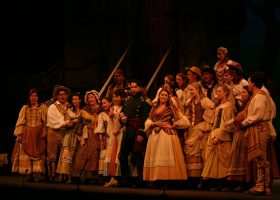 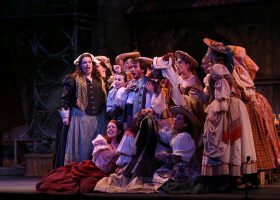 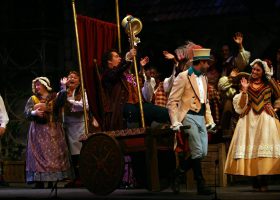 The Orlando Opera performed the opera Elixir of Love at the Bob Carr Performing Arts Center on February 10, 12, and 14, 2006. The following are pages from the program identifying Board of Trustees, Executive Officers, artists, chorus, and production staff. The program includes a chronology the Orlando Opera repertory since 1958.