ABOVE: September 4th, 2011 photo of Vincent and Arline Benedetti at Saint James Cathedral in downtown Orlando.

Benedetti describes the clear warm day on July 24, 1950 when he and his colleagues from the Naval Research Lab were invited to the Cape to watch the first missile shot from Cape Canaveral, Florida. Sonar physicist Vincent Benedetti recalls scientists Wernher Von Braun and Willy Ley were there, about 15 people from the U.S. Naval Research Lab in Orlando were present, and around 50 people total were at the event. 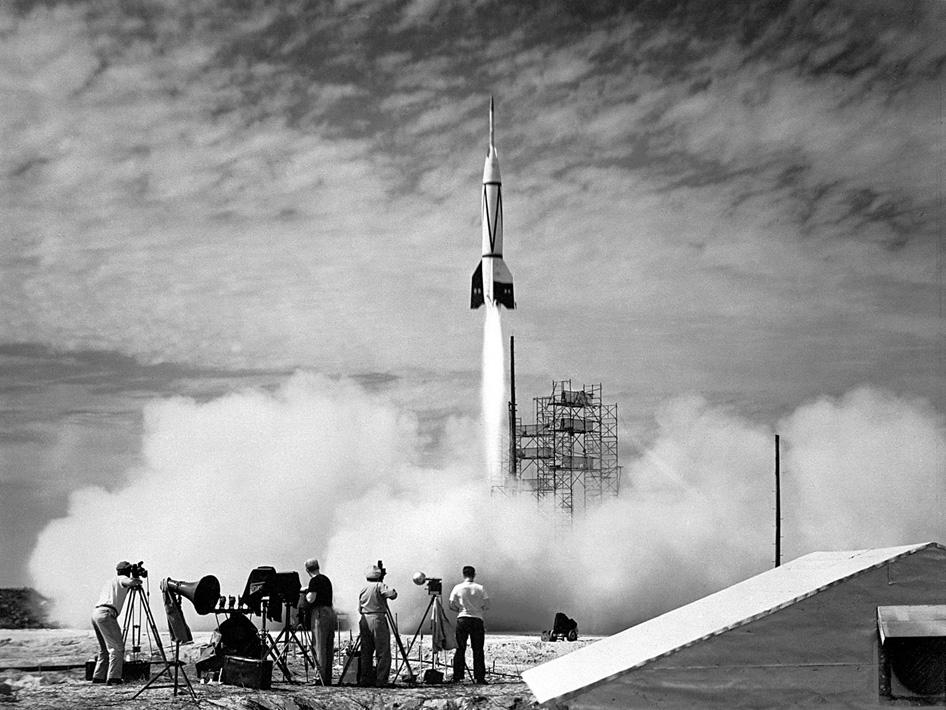 ABOVE: Photo of first rocket launch from Cape Canaveral, Florida on July 24, 1950.

He outlines the historical competition of the United States against Russia after WWII to get top rocket scientists like Wernher Von Braun, chief rocket scientist from Germany.  The launching of the WAC Corporal in the nose of a V-2 rocket was the first launch from the Cape Canaveral launching complex. Orlando builder Jerry Kinsley of Kinsley Builders built the launching pads, the first building at Cape Canaveral, the underground block house, and the hangars.

Listen as Orlando sonar physicist Vincent Benedetti shares his firsthand account of this historic event in the American race to space. 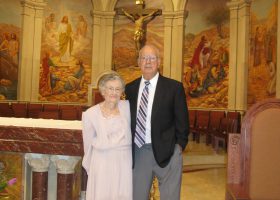 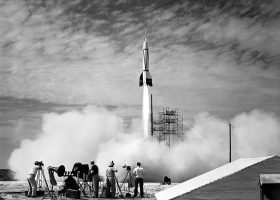