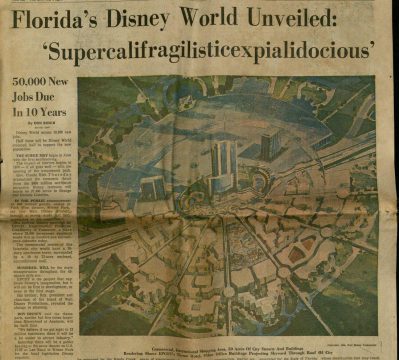 The front page of the February 3, 1967 edition of the Orlando Sentinel Star announced the plans for Florida’s Disney World and the 50,000 new jobs that would be created within 10 years. 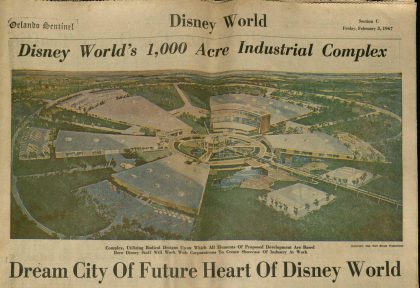 Peruse the entire section under documents or individual pages under images below.

Disney World's 1,000 acre industrial complex. Complex, utilizing radical designs upon which all elements of proposed development are based. Here Disne...

Walt Disney points to location of Disney World in Central Florida on the "Wonderful World of Disney" television show in 1966. The...

An entire section in the February 3, 1967 edition of the Orlando Sentinel was dedicated to the events surrounding Walt Disney's unveiling of his plans for Disney World in Orlando.