Local authors share original stories of life in the City Beautiful at the Adventures in Christian Writing meeting, October 19, 2013.

We invite you to share in this literary and auditory treasure of Orlando writers.

“Then and Now” by Phyllis Frediani

“Memoirs of Orlando” by Joanna Wallace

“An E Ticket Move to Orlando” by Joanne French

“Orlando in Days Gone By” by Dorothy Nash

“Things I Remember About Orlando” by Cynthia Long

“Growing Up White in Pine Hills and Other Stories from the Hood” by Karen H.

“Changes I have Observed in Orlando” by Ray Elston

“Moving to Orlando More Than Forty Years Ago” by Patrica A. Elston 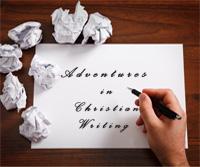 View their manuscripts:
"An E Ticket Move to Orlando" by Joanne French
"Orlando in Days Gone By" by Dorothy Louise Nash
"Orlando More Than Forty Years Ago" by Patricia A. Elston
"The Wheels on the Bus Go Round and Round" by Esther P. Myers