Interview with Fanny and Donald Cheney

Hatabel Hyer interviewed Judge Cheney and his wife Fanny Sophia Robinson Cheney on June 20, 1974.  Mrs. Cheney moved to Orlando from Sanford as a child with her parents. After attending public schools in the city she enrolled at Rollins College, where she met her future husband, the Orlando-born Donald Cheney. They were married April 21, 1915, and had four children.

About three years after their marriage, Mrs. Cheney’s husband became Orange County’s first juvenile court judge and was affectionately known from then on as the Judge. Mrs. Cheney’s father, Benjamin M. Robinson, was county clerk for 28 years.

Mrs. Cheney and her husband were charter members of Park Lake Presbyterian Church.  They were both active for many years in civic pursuits.  For many years Judge Cheney was the man people turned to if they wanted to confirm a fact concerning Orlando and Central Florida’s history. ”If the Judge doesn’t know,” it was said, ”ask Fanny.”  The Orange County Historical Museum is one of the projects in which she had a continuing interest. Judge Cheney was appointed by Orange County in 1957 as chairman of the Historical Commission. He kept the small museum alive at various downtown Orlando locations, then headed the cause to get the museum built at Loch Haven Park.  The museum is now housed in the former Orange County Courthouse in downtown Orlando.

Topics of discussion include: 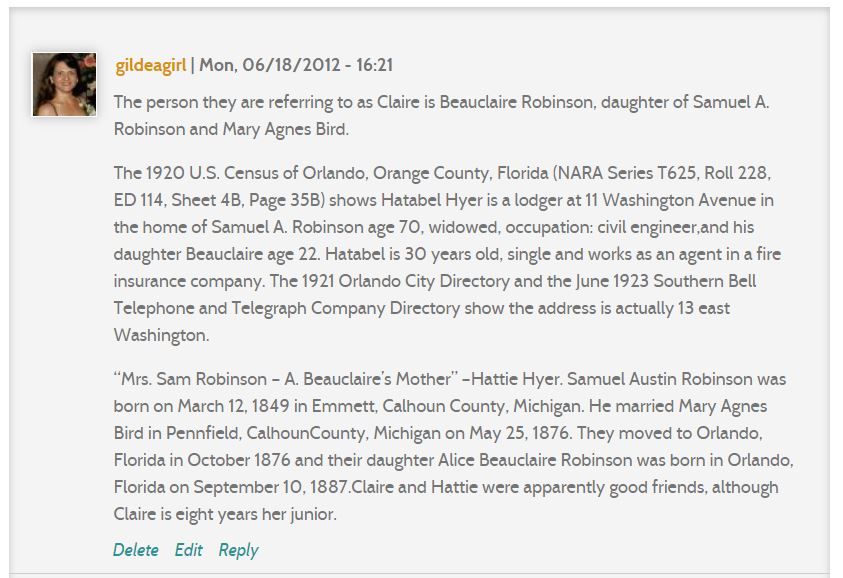 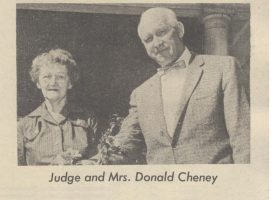 This photo accompanied an article titled, "Presstime" and was published in the September 18, 1966 issue of the Orlando Sentinel. The...

This interview was conducted by Hatabel Hyer on July 4, 1974. Fanny Sophia Randolph Robinson Cheney and Donald Alexander Cheney married in 1915. She was the daughter of former Orlando mayor Benjamin M. Robinson, who came here from New Orleans after the war between the states, when he served as a captain in the Confederate Army. When Donald Cheney (who was of "Yankee" stock) married Fanny Robinson it was said the the Civil War was truly over.