“In 1902, my grandmother, Alva Chapman Dovell, ran a private preschool at the First Presbyterian Church. It was the first private preschool in Orlando. She and her husband had been trying to have a baby for a long time. When she had just about given up, a friend of hers ran into her classroom and said there was a caravan of Gypsies stopped on Orange Avenue and there was a family there who wanted to give away 2 of their children ages 2 and 4. My grandmother left with her friend to see the children. The parents were very poor and the children were in rags. They changed their minds about giving away the four year old boy, but said they still wanted her to take the two year old girl. My grandmother said let me ask my husband first. He was so happy and said YES right away! Off they went to get their new little girl. The first thing they did was buy her all new clothes. They named her Mildred “Millie” Childress Dovell.”

Lee showed us one of her mother’s little shoes, one sock and a photo of her mother wearing one of her pretty new dresses. When Lee’s mother grew up, she had everything bronzed so they would all be kept together. The sock is down in the shoe. 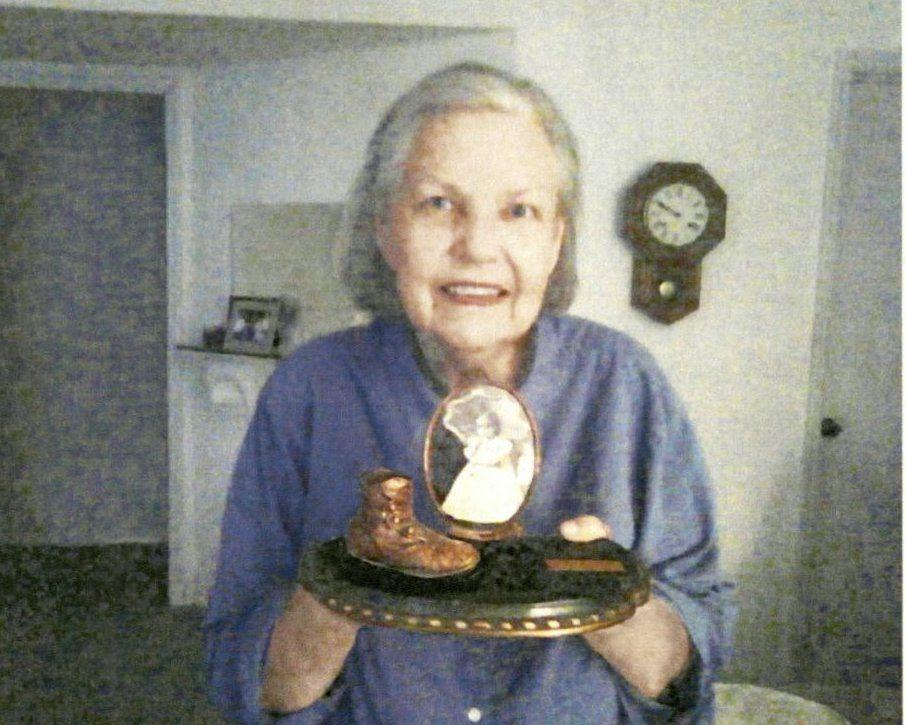 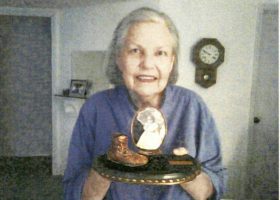 Photo of Lee Wheeler holding a photo of her mother, Mildred "Millie" Childress Dovell. Read the story of the Gypsy caravan that stopped...