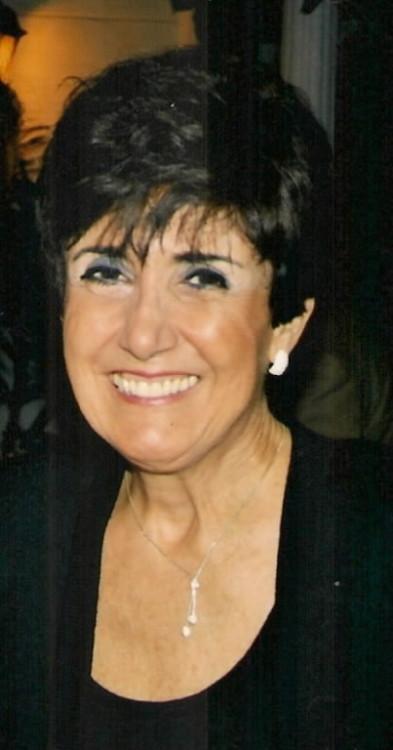 Before breast cancer ended her life on April 12 at age 67, Mary Jo Nocero’s motto was “Live Well. Laugh Often. Love Much.”  And she did.  She lived well as a woman who grew up in affluence, married well and traveled the world, but she always valued relationships over things. “Her idea of living well was not driving a fancy car,” said her daughter Aimee Nocero Lewis, 39, of Altamonte Springs. “Her idea of living well was to take the gifts God gave her and give them to others.” A gift she gave to others was an early understanding that everyone is connected spiritually, socially, emotionally and morally. In a nation that elevates the value of the individual, she emphasized the community. Where independence and self-sufficiency are admired, she preached inter-dependence and mutual benefits.

“What she taught more than anything else is we don’t live isolated from each other or other couples,” said her husband, Michael Nocero, 70, of Altamonte Springs. “We don’t exist as a couple just for each other. We exist for the church community and the world at large.” A life well lived was one that helped others to live their lives well. An active member of the Orlando Catholic Diocese since moving to Orlando in the early 1970s, Nocero spent 40 years counseling newly engaged and married couples and organized the Family Life Ministry at St. Mary Magdalen Church in Altamonte Springs. “She did what she loved. She wanted to help other people,” said her daughter Margaret Nocero Simone, 41, of Miami. She laughed often as a woman who took many things seriously, but never herself. She found humor in life. She had a light laugh, almost a giggle, when it came to the foibles, foolishness and pretenses of people. “There are a lot of things we do as human beings and they are comical. You have to laugh at yourself. She could laugh at herself,” her husband said.

She much loved her husband of 45 years, who first fell for Mary Jo Santangelo at the New York Athletic Club swimming pool — this 16-year-old girl in a white bathing suit with laughing brown eyes, curly brown hair and a diver’s body. Michael Nocero was 19 at the time, a college student, who would wait for her to graduate from college before they married. She loved her three daughters, from whom she expected much. They delivered. One is a doctor, two are lawyers. “She believed in us, so we believed in ourselves,” said Margaret Nocero Simone. More than anything, Mary Jo Nocero understood that love, laughter and life are God’s gift to mankind, and the greatest gift people can give each other is to give of themselves.
“I think she understood what a gift was,” her husband said. “She was a gift to me, to our family, to our church community and anyone who came into contact with her.” 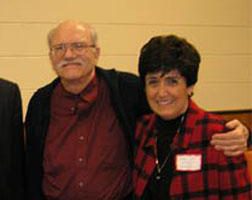 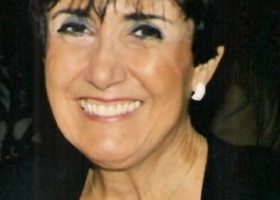