In December 1977, the skeletal remains of two Pagan motorcycle gang members were found in the Ocala National Forest, ending a three and one half year search for Dickie Farless – the son of George Farless of Forsyth Road in Orlando. A half page article appearing in the Orlando Sentinel on December 19, 1977 (page C1) told the sordid story of his death.

In June 1974, Richard “Dickie” Farless, Steven Almond and William “Indian Bill” Kish were attacked by 10 members of the Outlaw motorcycle gang and Farless and Kish were beaten to death with pipes. All three were thrown into a van and driven to the Ocala National Forest to be dumped. Almond escaped by rolling out of the van while it traveled down the Florida Turnpike near Leesburg.

Farless’ mother died of a broken heart four months after he disappeared.

The newspaper story on Dickie Farless was located while searching for Dickie’s obituary for one of his friends in early 2010. After receiving the newspaper article his friend wrote:  “. . . I had an ‘In memory of Trickie Dickie’ patch made, and it is on my vest. Dickie has always rode with me every time I ride. Also, one other of his old friends has one on his vest. We knew and loved Dickie like a brother. Neither of us were Pagans or Outlaws, but we were and always will be bikers , , , and Dickie will live as long as we do in our hearts and minds and continue to ride motorcycles every time we do, and to others when they hear the stories we tell of the old times with him when he did this or that, pranks he would pull, etc. Dickie didn’t have a mean bone in his body. He was fun loving, liked to party and ride. He has been missed by me, always.  RIP Bro  LJS”

Dickie was buried next to his mother in Drawdy Cemetery. He was born July 9, 1944 and was murdered on June 8, 1974. A message left on FindAGrave.com identifies his friend LJS.

“My friend ,you are not forgotten, you still ride with me in my heart, an on my vest a memorial patch. Lobo sometimes known as Bear. Left by Leo J. Smith on 27 Jan 2011″

VIEW his tombstone on FindAGrave.com 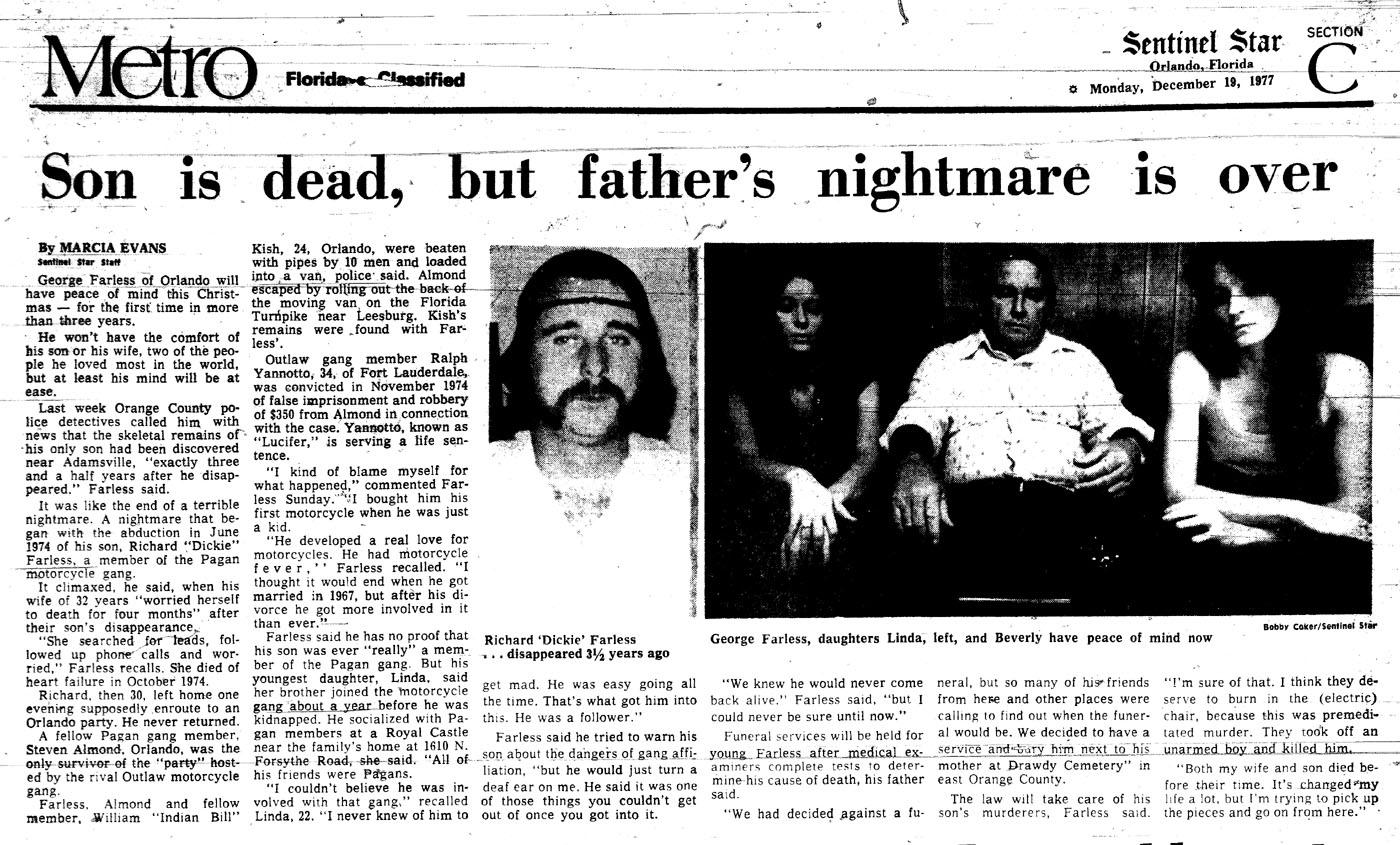 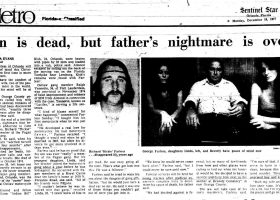 In December 1977, the skeletal remains of two Pagan motorcycle gang members were found in the Ocala National Forest, ending a three...