My husband would do a lot of his work that he did at the Cape at home and it would involve the beginning of computer graphics. Where people were dealing with simulators and they would make submarine simulators and airplane simulators. And they would be landing in deserts and in forests. And my husband would say to the children, “Is this the right color for a palm tree? Is this the right color for the pine tree?” “No. It should be more green.” And they would be like 4 and 5 and 6 years old at the time. And he would change a few numbers in the computer program and I think my children grew up thinking that you could write an equation or a set of numbers for everything whether it was a flower a tree an airplane….

In this excerpt from an oral history interview on October 31, 2011, Anna Mae Patz, mother of five, reflects on her children’s education, their contribution to our community, and the influence of her husband, research scientist and UCF Engineering Professor, Dr. Benjamin Patz, in connecting them with computers and mathematics at an early age.

As she details in this interview, her son Ben Patz went to UCF early doing dual enrollment, received a bachelor’s degree in mathematics by the time he had finished high school and entered the graduate mathematics program at Rensselaer Polytechnic Institute and the undergraduate engineering program. She shares how her two older sons, Ben and Mark, spent their high school summers working at Martin Marietta and the Underwater Naval Research Lab on Gatlin. Ben earned a master’s degree in electrical engineering at UCF and Mark earned a Ph.D. in electrical engineering at UCF.

Ben and Mark Patz work together at the Orlando company Coleman Technologies founded by Jeff Coleman. Coleman Technologies was named the #1 fastest growing company in Central Florida in 2000 and recently merged with Presidio. Ben Patz, CEO of Coleman Technologies, was awarded Florida’s Entrepreneur of the Year for technology services in 2002 and the UCF College of Engineering & Computer Science 2011 Distinguished Alumni Award.

In the family tradition of computers and engineering, Mrs. Patz’s daughter, Amy, also graduated with an engineering degree from UCF and started her career as an engineer at Lockheed Martin in Orlando. Mrs. Patz describes her older daughter Susan’s ability to write computer programs when she was in elementary school and her career choice as an educator and consultant for Lake Highland Preparatory School. Her youngest son Eric, who has a medical degree, is involved in ecology and is dedicated to preserving the flora and fauna of Central Florida.

An Orange County Public School mathematics educator for 38 years, Anna Mae Patz says of her children’s education, “Everybody thinks because they were all so good at mathematics that I spent my time teaching them and it really was the other way around….”

Learn more about opportunities for education and success in Central Florida in this memory of Orlando family life from Anna Mae Patz.

Listen to the interview with Dr. Patz. 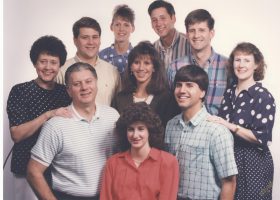 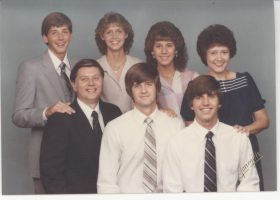 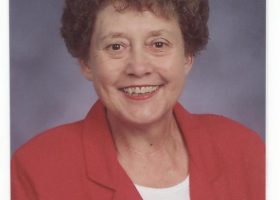 In this excerpt from an oral history interview on November 15, 2011, Anna Mae Patz discusses working with Dr. Salk, moving to... 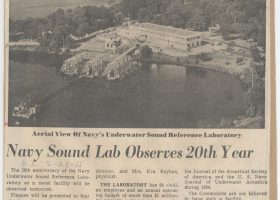 There are currently no video related to this memory.
UCF Alumni Award for Ben Patz

Benjamin Patz is featured as the winner of the CECS 2011 Distinguished Alumni Award.