ABOVE: Another long time Pine Hills establishment – the Hardee’s restaurant is located at 5212 Silver Star Road, Orlando. The Haberkamp family opened the restaurant in 1966 as a Burger Chef and transitioned it to Hardee’s in 1983. It is still the family business today. Here you see some old photos of the located as both a Burger Chef and as a Hardee’s. 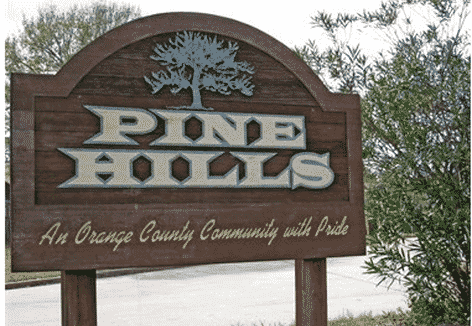 Remembering the Pine Hills Drive-In Theatre on Colonial Drive, and the A&W Root Beer establishment across the street.

Just west of Pine Hills Road at 5050 West Colonial Drive was the Pine Hills Drive-In Theatre.  My family would go there when I was young – five of us in one car.  I usually could not stay awake until the end of the movie, so my two older brothers would put their feet up so that I could sleep across the back floor.  I remember there was a lumber yard next door to the drive-in, and across the street was an A&W Root Beer restaurant.  You would stay in your car, and a waitress would come and take your order.  A serving tray would be attached to the driver’s side window.  I would order a root beer and vanilla ice cream float, which was served in a large frosted mug.  Trying to duplicate that float now with store bought canned A&W root beer isn’t nearly as good.

VIEW advertisement for grand opening of the Pine Hills Drive In Theatre from the Orlando Sentinel June 25, 1953. 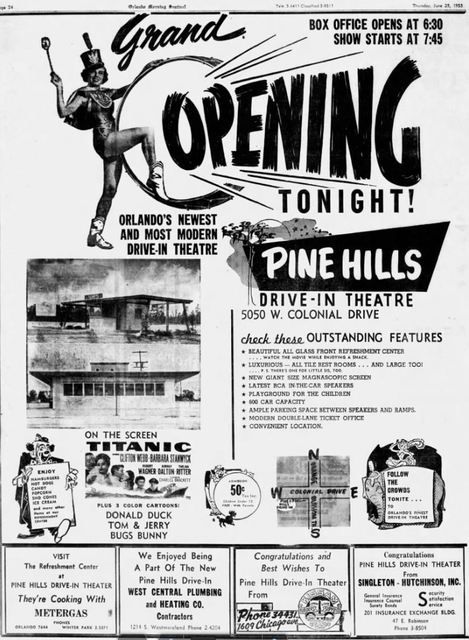 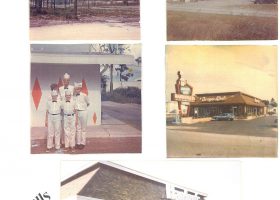 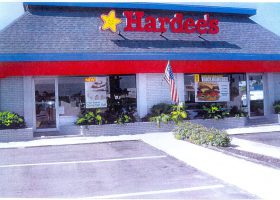 This is the Hardee's located in the Pine Hills area of Orlando and owned by the Haberkamp family.