One of the strengths in our area it seems to me is the churches. There are so many fine churches in Orlando and generally speaking Orlando’s a city of Christian faith. When I was young we rarely had any crime and one of the reasons we did not have crime I’m told by older people who knew a great deal more than I was that we had a judicial system where the judges were strict. Particularly the judge of the criminal court, Judge Murphy….

Joseph S. Guernsey speaks on the blessings God has provided in this excerpt from an oral history interview oon Mary 21, 2012. He recalls Orlando business associates such as Fletcher Rush, Carl Langford, Wilson Reid and more who were “men almost above men”. 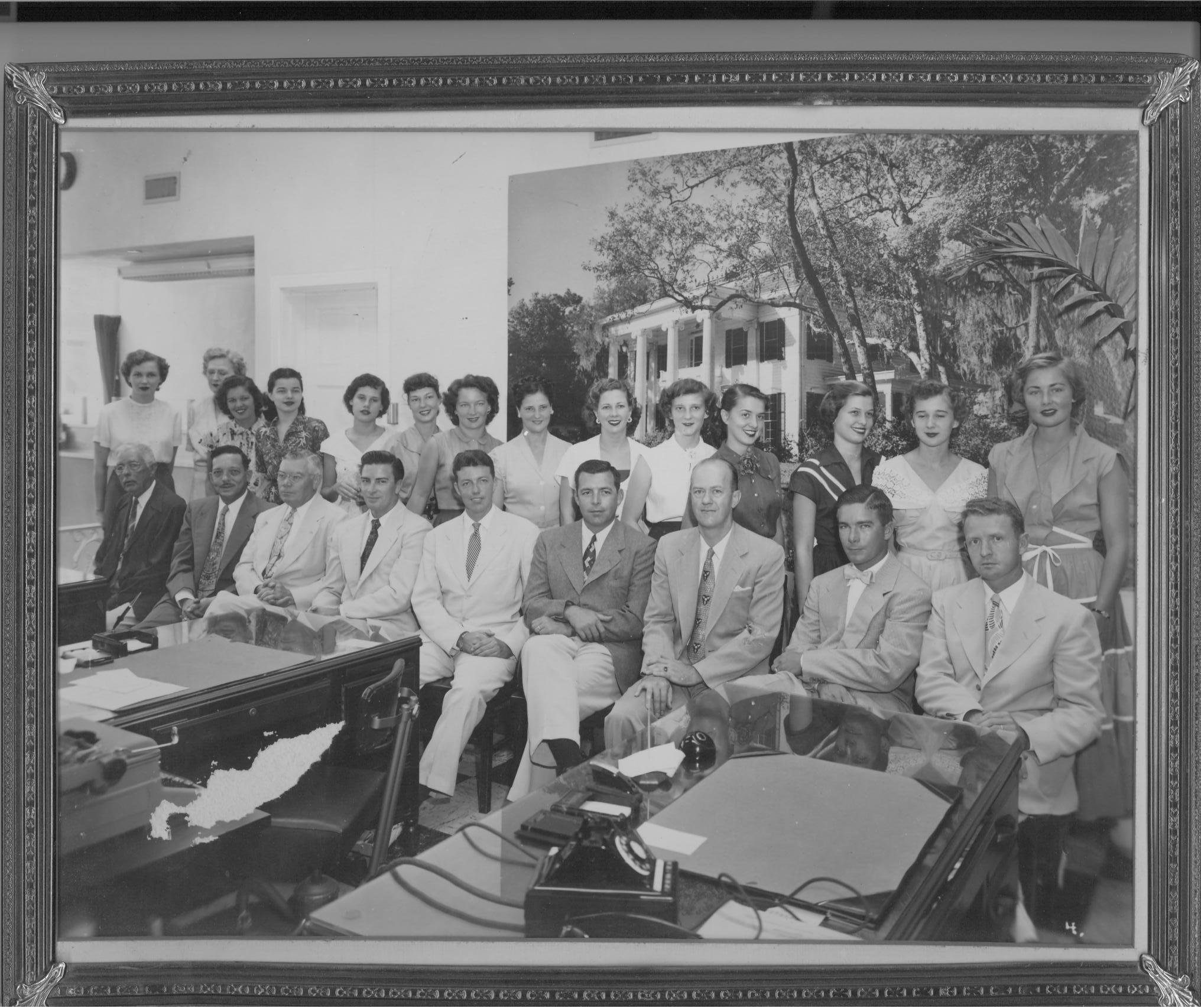 On December 21, 1949 the Orlando Federal Savings and Loan Association founded by Joseph S. Guernsey opened in the beautiful colonial style bank building on Orange Avenue where the Orange County Courthouse is today. 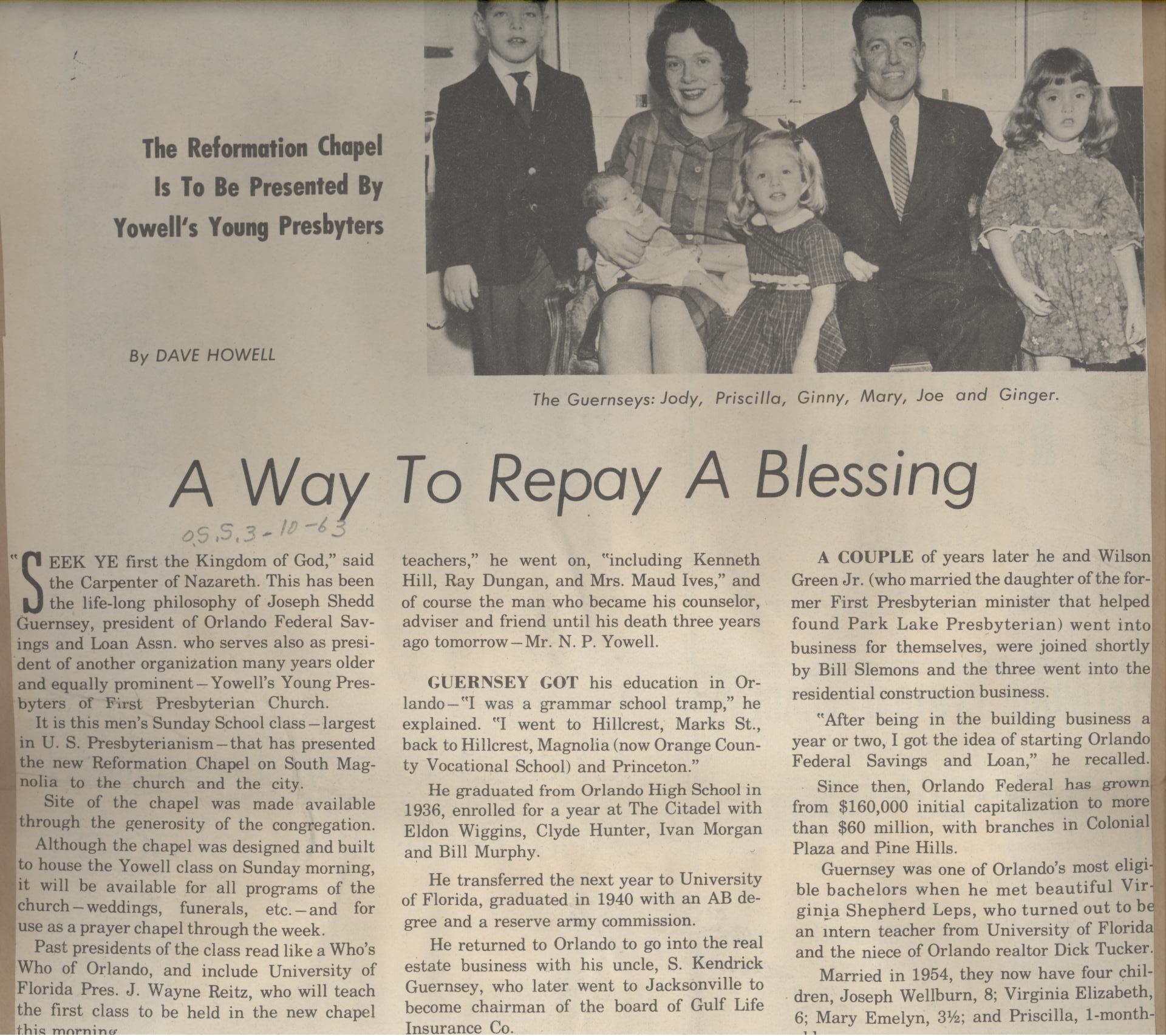 As we reflect on our blessings as a nation and a community, we invite you to listen to the voice of an Orlando forefather, Joseph S. Guernsey.

Joseph S. Guernsey is the grandson of Orlando banking pioneer, Joseph L. Guernsey who came here in 1886, purchased considerable property from the city centre to Colonial Drive, as well as residences on Lake Eola and Lake Ivanhoe.  Joseph L. Guernsey’s son, Joseph W. Guernsey, would continue in the family banking business, Guernsey and Warfield, and real estate enterprises. After serving his country as a pilot in WWII and flying as an airline pilot for Pan American, Joseph S. Guernsey returned to Orlando to enter the real estate business. He founded the Florida Mortgage Service, Orlando Federal Savings and Loan Association, served as leader of the realty firm Guernsey, Green and Slemons, and founded Lake Highland Preparatory School in addition to serving in numerous leadership positions in church and civic life. 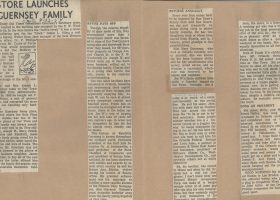 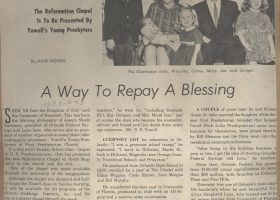 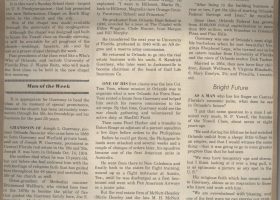 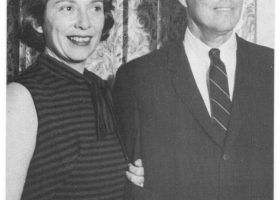 Photo of Mr. Joseph S. Guernsey, President of the Orlando Federal Savings and Loan Association, with his wife, Virginia. Mr. Guernsey is the... 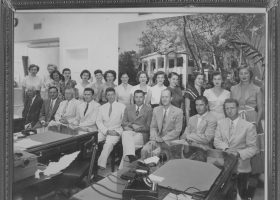 Photo of the Orlando Federal Savings and Loan Association in downtown Orlando started by Joseph S. Guernsey. Pictured from left to right...