Everything about the Orlando Public Library in downtown Orlando.  Check out the progress through the years  and the various building stages.

ABOVE: Painting by James Stoll shows the area surrounding the Albertson Public Library in 1945. West of the library are the Salvation Army Citadel and Chamber of Commerce Building, further west on the other side of Main Street (now Magnolia) is the old Court House with the new court house behind it. On Wall Street is Orlando Utilities, the Young Women’s Community Club and annex and the First Church of Christ Scientist. Just north of the church on Rosalind you can see Memorial Junior High School. Read more about the painting. 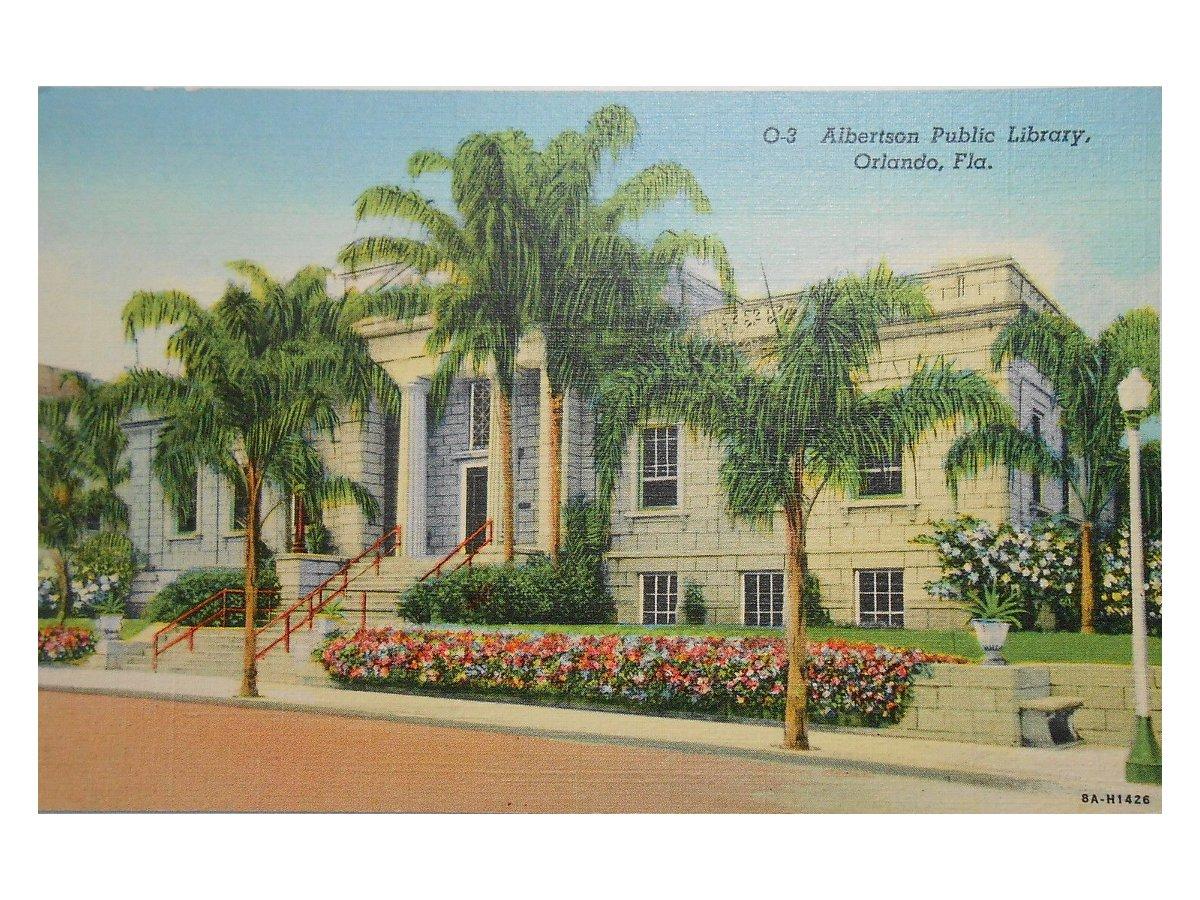 ABOVE: Architect’s rendering of the 1966 building. The library entrance on Rosalind Avenue showing the ramp to the front doors of the library. The old check in area can be found in the Children’s Library next to the computers. The old checkout desk is now the restrooms. 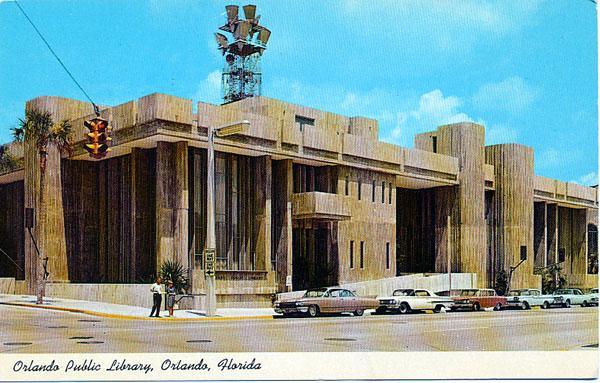 Open House for the new Orlando Public Library – May 1985 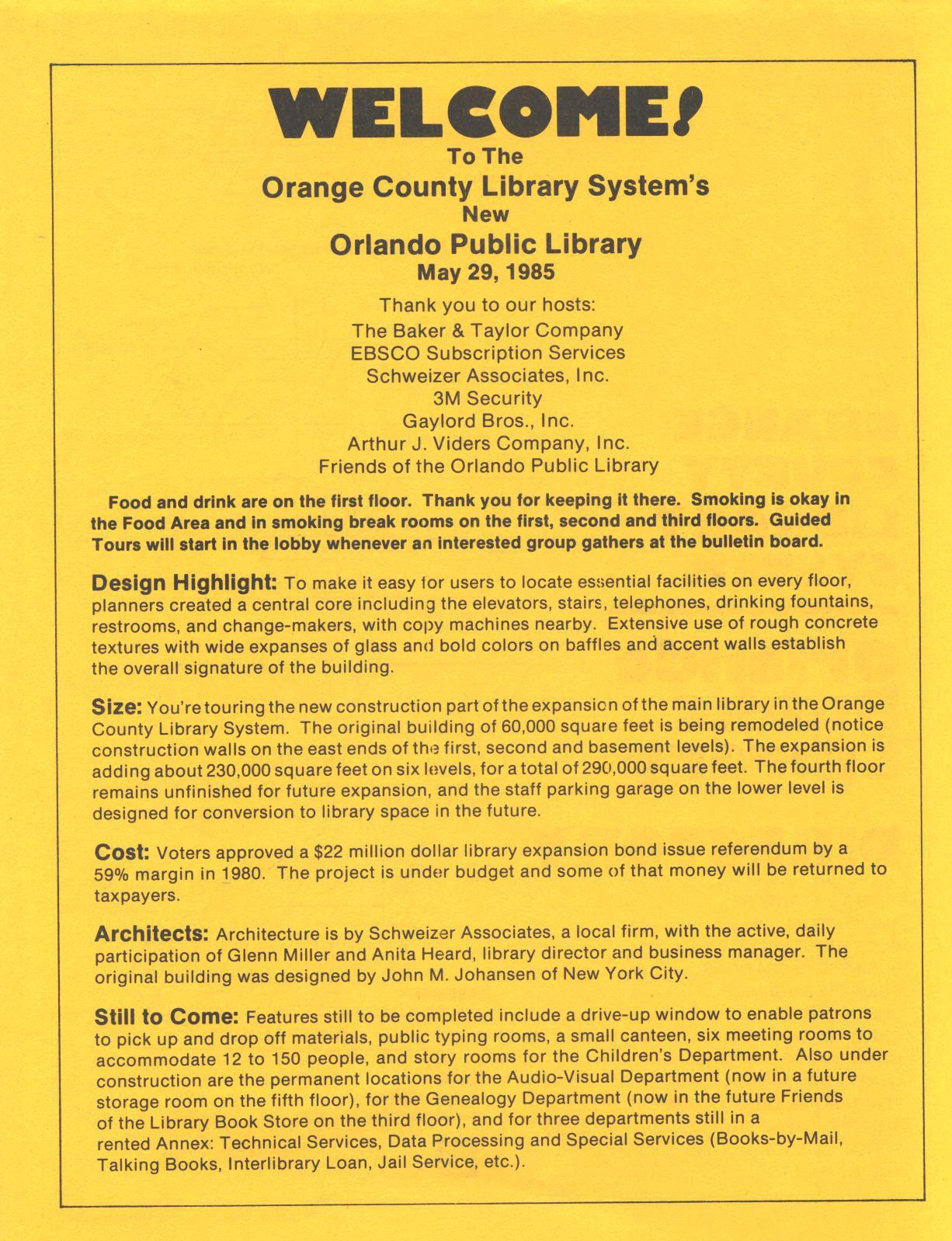 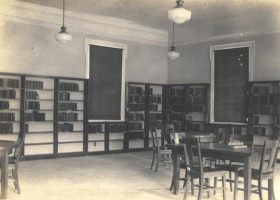 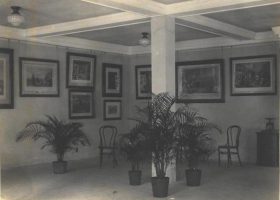 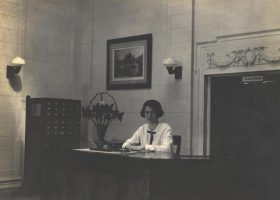 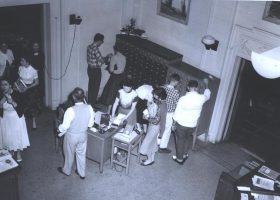 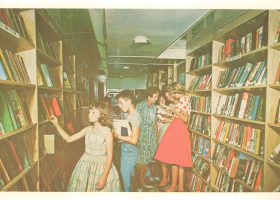 Stacks in the Albertson Library, circa 1950? 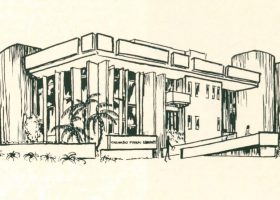 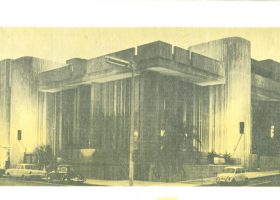 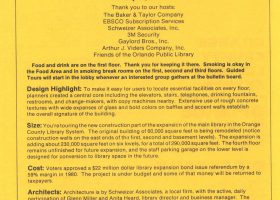 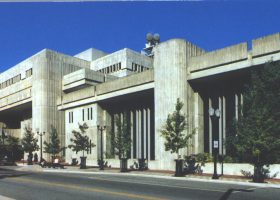 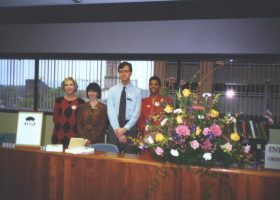 Opening of the Genealogy department in the Main library. 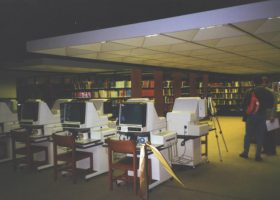 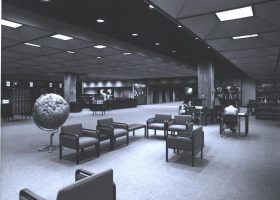 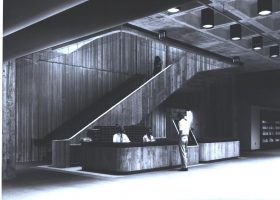 Main Stairwell, as viewed from the lobby, approximately 1985. 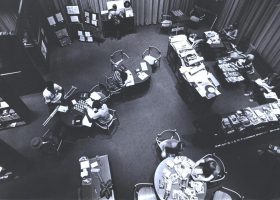 Looking down into the Young Adult Department from the second floor of the  1966 Main Library building. 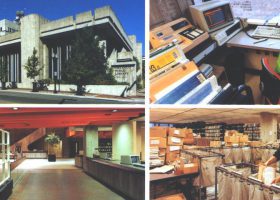 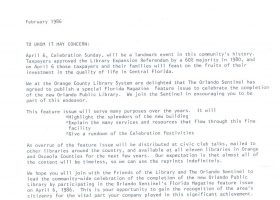 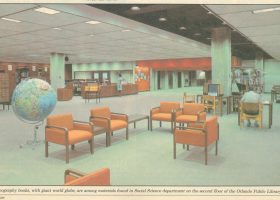 Social Sciences Department on the 2nd floor of the Main library, around 1985 or 1986. 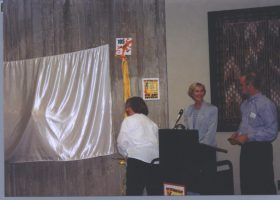 Unveiling of the Lizzart sculpture in the children's area of the Main library with Library Director/CEO Mary Anne Hodel and Storyteller Charlie... 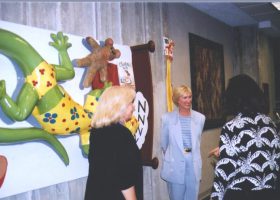