The following photographs belonged to long time Central Florida residents Rollo and Minnie Thoren. They were found after the passing of their son John, and shared with library staff for inclusion on Orlando Memory.

Minnie Thoren is the sister of beloved library director, Clara Wendel who served in that capacity from February 1, 1943 to November 1, 1970. 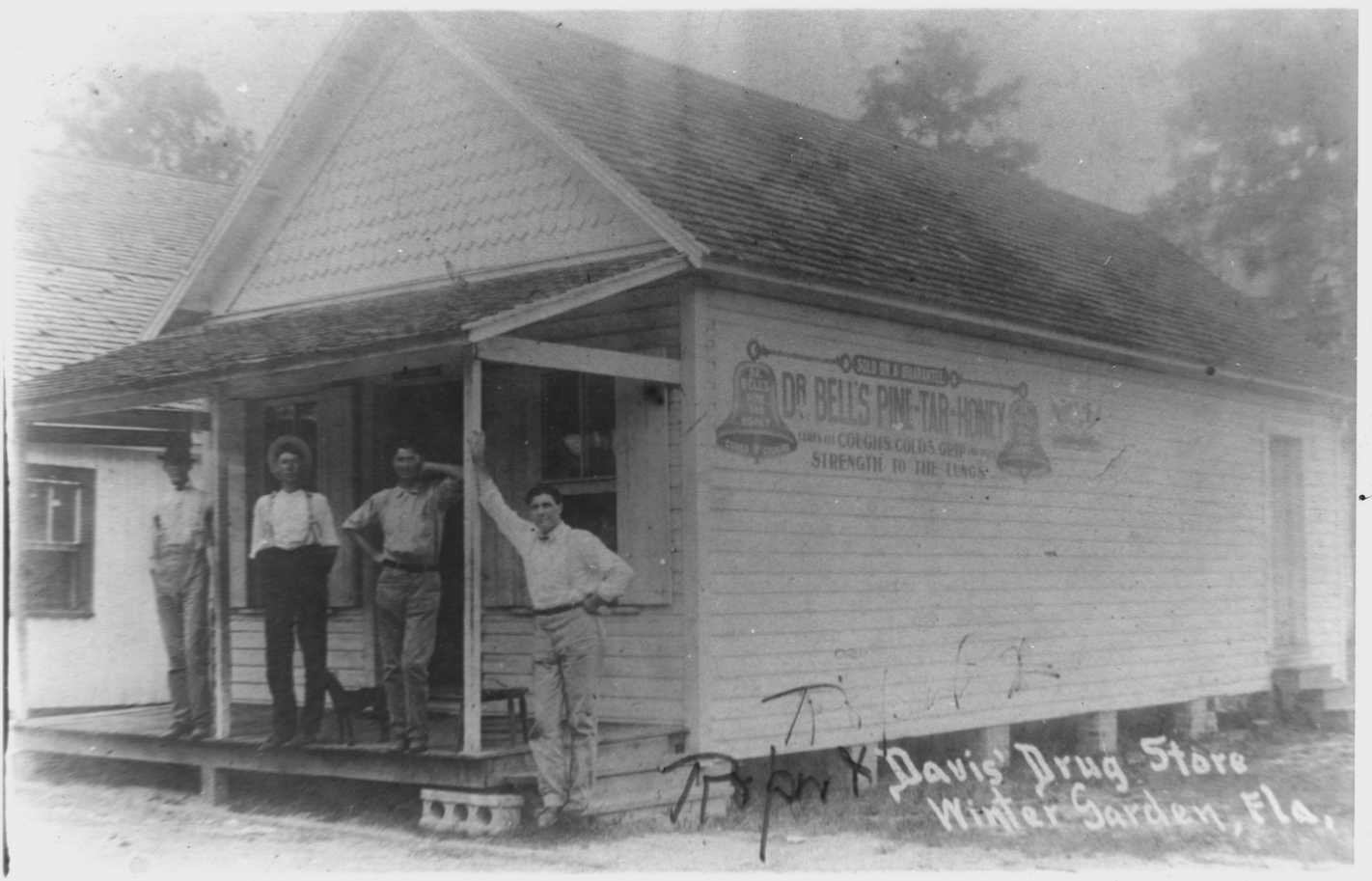 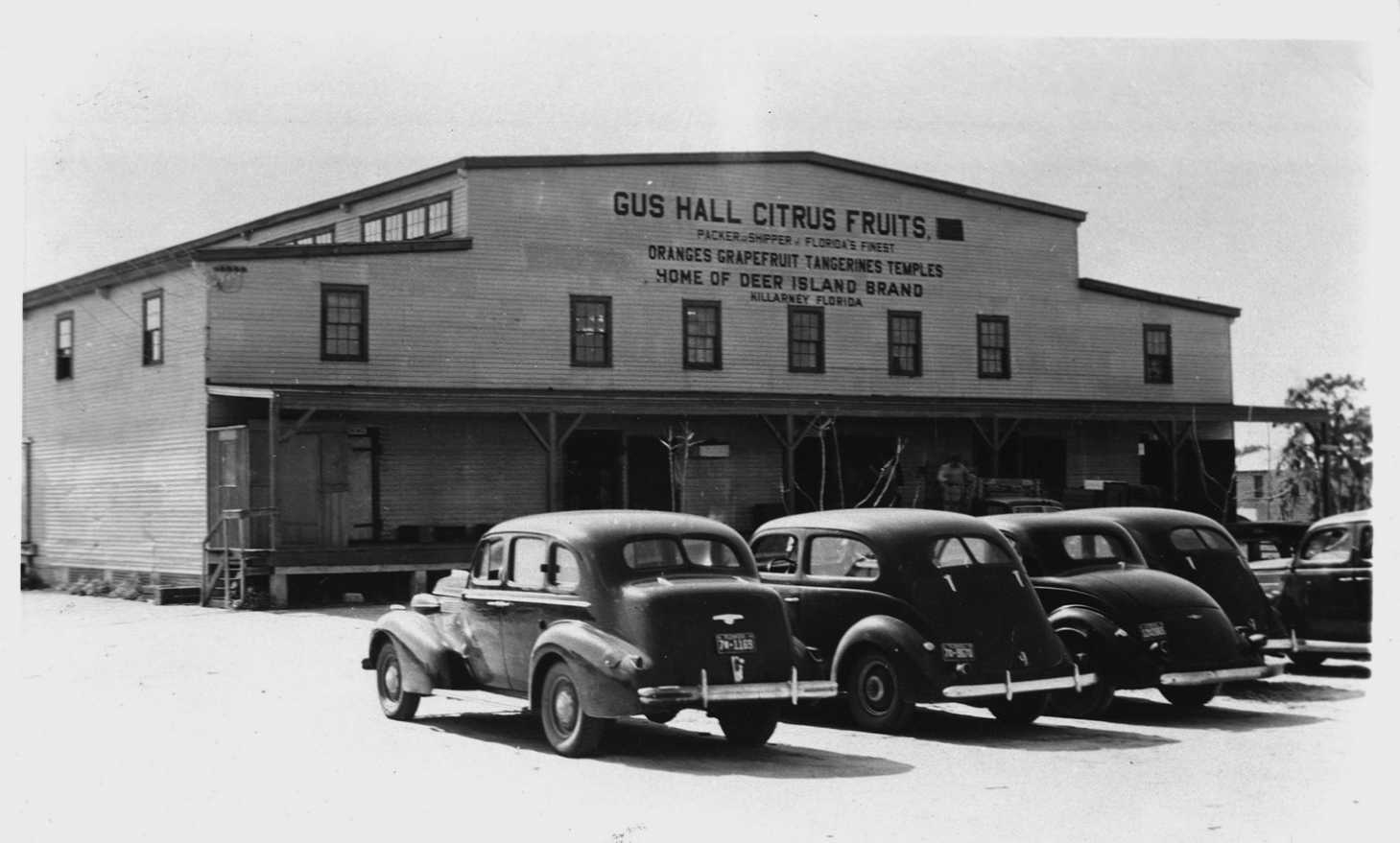 The advertising on the front of the Gus Hall Citrus Fruits building indicates it is a packer and shipper of Florida’s finest oranges, grapefruit, tangerines and temples, and is the home of the Deer Island Brand in Killarney, Florida. Killarney is just west of Oakland in west Orange County. The 1925 Orlando City Directory, Winter Garden section (p. 623), lists Gus S. Hall as the manager of the SLA Citrus Exchange. 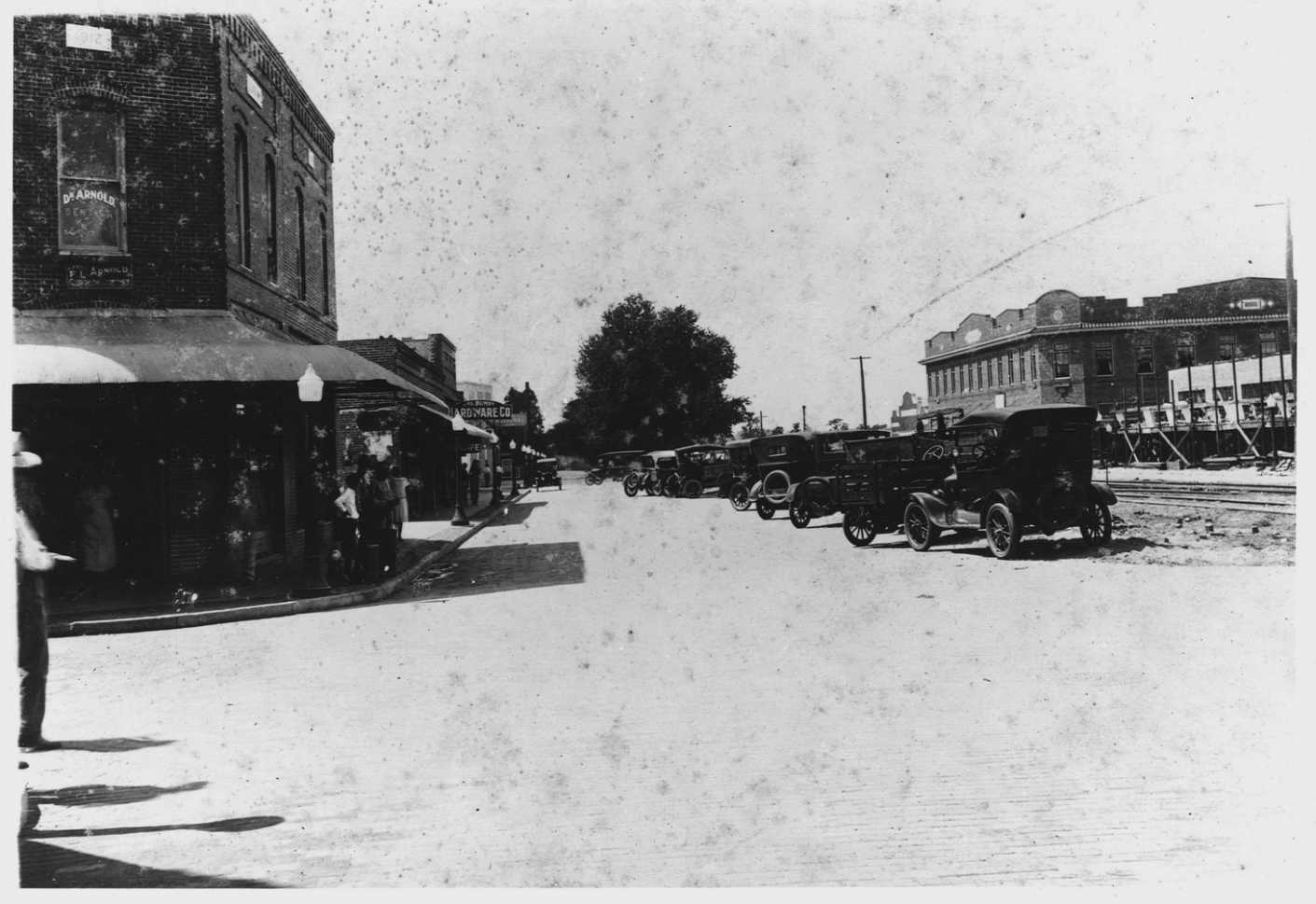 This street scene appears to be from around 1920. The advertisement on the window in the building on the left says “Dr. Arnold” and further down the street you can see part of a sign that says “Hardware Co.”

As far as the hardware store, the 1922 Orlando City Directory shows George W. Bray as proprietor of Bray Hardware; however, the 1920 Census lists 35 year old George Bray as a “general farmer.” The same census indicates that Henry Bumby, age 49, was a “Retail Merchant – Hardware” in 1920. It seems, depending on the year of the photograph, that the hardware store was either owned by Henry Bumby or George Bray. 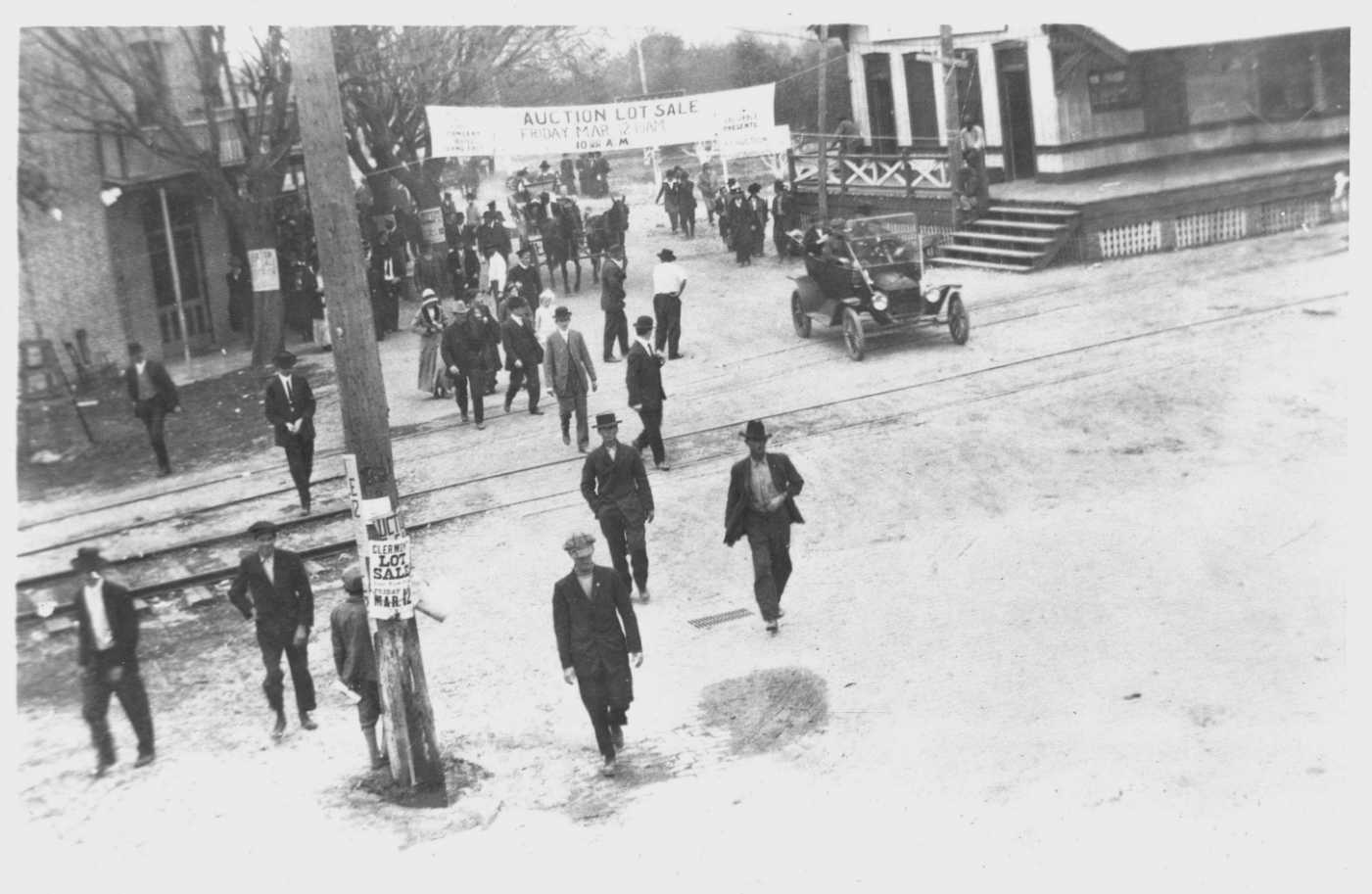 This final photo appears to be either folks arriving at or departing from the auction advertised on the sign hanging in the street and plastered on the telephone pole. It also appears to be in the early 1920s. The sign says: Auction Lot Sale, Friday, March  12th, 10 A.M. Based on the day, date, attire and vehicle, it is likely March 12, 1909. 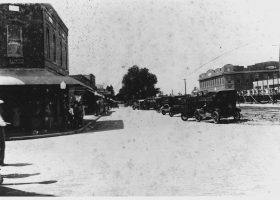 The only identifying marks are the sign in the window "Dr. Arnold" and the "Hardware Co." sign further down the block. 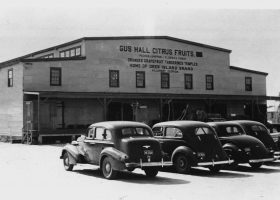 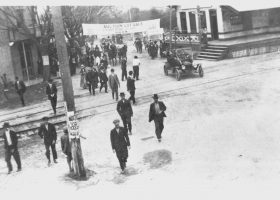 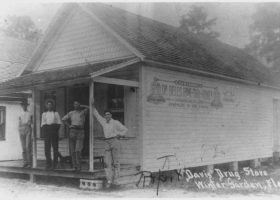