ABOVE: Television personality, talk show host, New York Times best selling author and all around good guy – Glenn Beck was in Orlando on Thursday, December 4, 2008. I stood in line for 2 1/2 hours with over a thousand other great people waiting to have a chance to get Glenn’s autograph and have a moment to thank him for all he stands for. A person in line took my photo in front of the banner.

Glenn had a long ride from Mount Vernon, Washington in 1964 to Orlando, Florida 2008 and I’m glad he made the trip! Over a thousand Glenn Beck fans with their kids and grandkids in tow waited for up to three hours in line at the Barnes and Noble at Colonial Plaza on Thursday night, December 4, 2008, to meet Glenn. 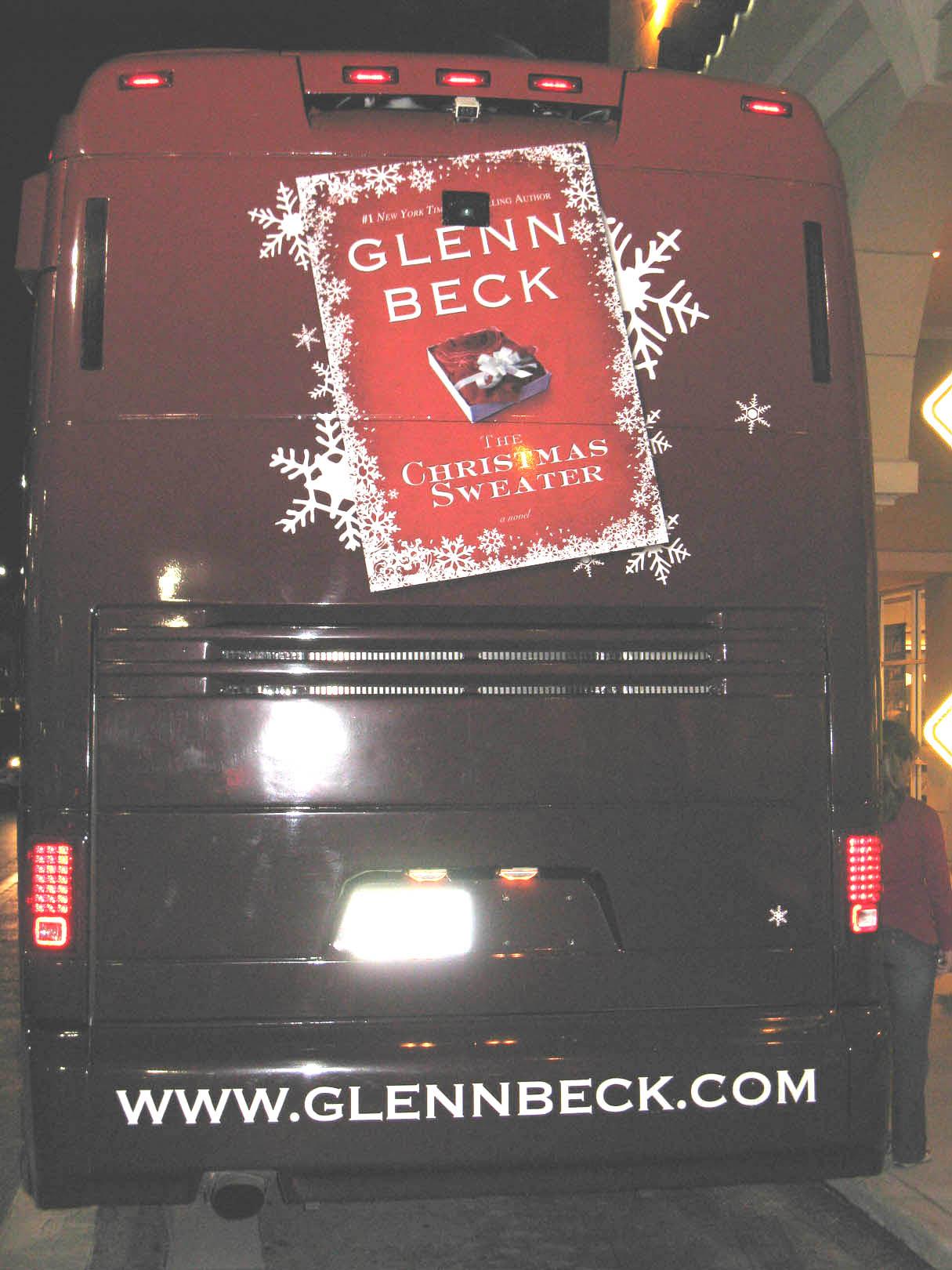 ABOVE: Glenn Beck – New York Times best selling author of the Christmas Sweater was in Orlando at a book signing December 4, 2008 at Barnes and Noble. Since he was on the road performing his Christmas production of “The Christmas Sweater” his bus was painted to reflect this. Cool!

Glenn was gracious and spoke with the crowd from atop a table so all in the serpentine line in the stacks could see him. He pleaded in his barely there voice, that Americans join together and not allow ourselves to be divided by politics. He pleaded that we be the 9/12 people – the people who after 9/11 stood up and helped their neighbors, who understood what it means to be Americans, and who were ready and willing to do whatever it took to ensure the safety of our citizens and survival of our nation. He spoke on our future as Americans and the economic crisis that is looming. He said we need to be there for others, to help each other, and teach our children about our history, our constitution and insure that they understand what it means to be an American. 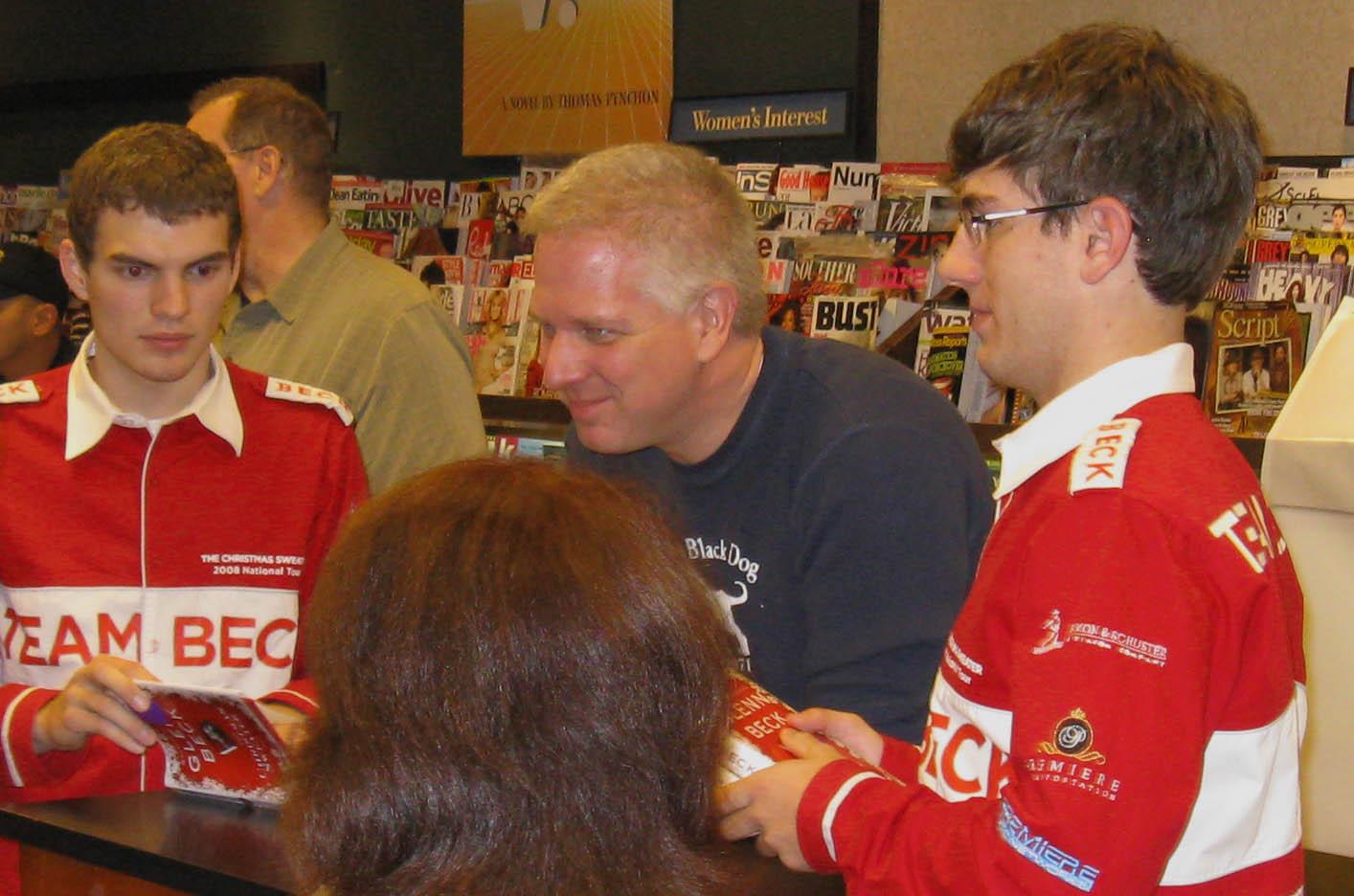 ABOVE: Glenn Beck – New York Times best selling author, radio talk show host and Fox News television host was at the Barnes and Noble at Colonial Plaza in Orlando on Thursday 4 December 2008. A bookstore staff member said she would take my picture while Glenn was signing my book, but I did not make it into the shot. I later acquired one of the jackets the crew were wearing!

For those of you who don’t know anything about Glenn Beck, here’s a brief history. Glenn was born on February 10, 1964, in Mount Vernon, Washington. He began his career in radio broadcasting at the age of 13 after winning a local DJ contest and wound up with three jobs at radio stations in Seattle. After high school, Glenn pursued his career as a Top 40 DJ at stations all over the country, eventually, landing a job in Corpus Christi, Texas, as the youngest morning guy in the U.S. at 18 years old. His career soared until the age of 30 when alcoholism and drug addiction almost claimed his life.

Seeking answers to his problems, Glenn pursued a degree in Theology at Yale but only lasted one semester, as he was in the midst of a divorce from his first wife and separation from his two daughters. He was emotionally and financially at the lowest point in his life and found himself working at one of the smallest radio markets in the country. Finally, he turned to a program of recovery. He married a new wife, was baptized a Mormon, and started a new career.

Days after signing on with a new agent, Glenn was offered his own talk radio show on WFLA-AM in Tampa. He took on the 18th place position at WFLA-AM and took it to the #1 spot in his first year, giving the station its highest ratings ever. Within 18 months, Glenn was offered the chance to take his show national with Premiere Radio Networks. In January 2002, the Glenn Beck Show debuted on 47 stations around the country. It has aired on 540 WFLA, Orlando since 9/11. GB is now ranked as the 3rd most listened to talk show in America among Adults 25-54 and his writing skills have allowed him to claim status as a New York Times best-selling author. 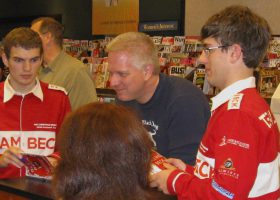 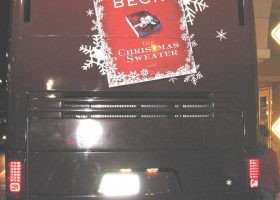 Glenn Beck - New York Times best selling author of the Christmas Sweater was in Orlando at a book signing December 4,... 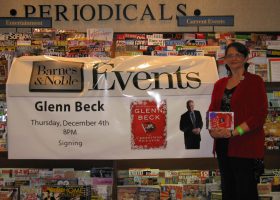