Neil J. Fischer, Sr., a Savannah native, moved his family to Leesburg, Florida, in the summer of 1970. Neil’s first job in the automotive business was at Ray Clanton Motors in Savannah in the Parts Department. Neil had an engaging personality and the ability to help customers get the car they wanted. He joined the used car sales department at DeRenne Chrysler Plymouth. The dealership was later purchased by Zack Evans of Alabama and the name was changed to Dixie Chrysler Plymouth. Neil eventually became Imperial Sales Manager and then New Car Sales Manager.

When the opportunity arose for Neil to manage, then own, the small dealership in Leesburg, Florida, he seized it. In Leesburg, Neil – due to his girth which came honestly due to the amazing cooking of his wife Mary Ann – was known as “The Round Man With The Square Deal.” The dealership’s motto was “Leesburg Chrysler Plymouth – A name you will come to know and trust.” 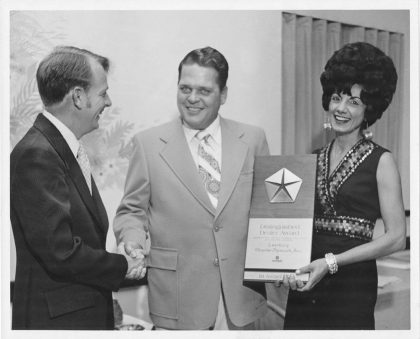 In short order, Neil turned the dealership around and was awarded the Distinguished Dealer Award in 1972, along with either others in the Orlando region. The award was given each year to the dealers who excelled in administration, service to their customers, community relations, sales performances and have proper facilities.

World events resulting in the 1973 oil embargo played havoc with the business which depended greatly on the sale of gas guzzling Imperials and Chrysler 300s to retirees in Lake County.

Peruse the photos and documents under Attachments below. 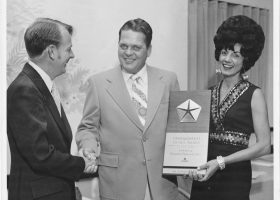 Neil J. Fischer, owner of Leesburg Chrysler Plymouth, and one of 9 Chrysler-Plymouth dealers in the Orlando region, who were presented the...

It is believed that this photograph and article was published in the Leesburg, Florida newspaper called The Daily Commercial. 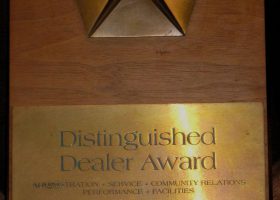 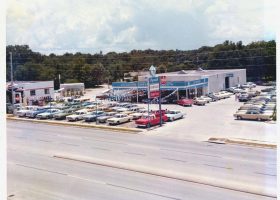 Photograph of Neil Fischer's Leesburg Chrysler Plymouth at 903 W. North Blvd (Hwy 441) from the rooftop of a building across the... 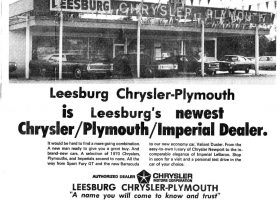 Part of a newspaper advertisement in the Daily Commercial in 1970 advertising Neil Fischer's arrival at the dealership and mentioning the cool... 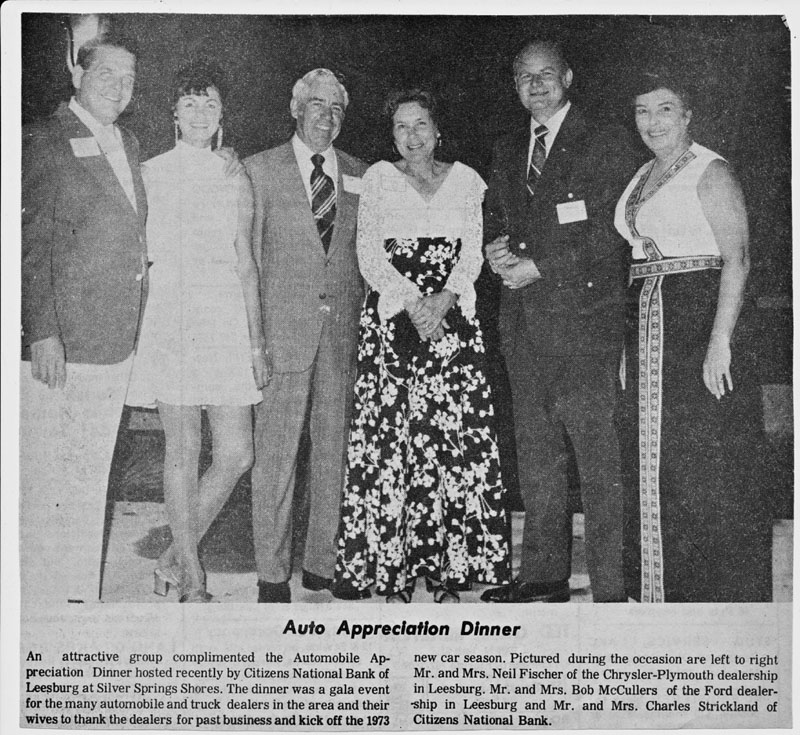 Neil Fischer moved his family to Leesburg, Florida in 1970 as he became manager/owner of Leesburg Chrysler Plymouth. Neil was always a... 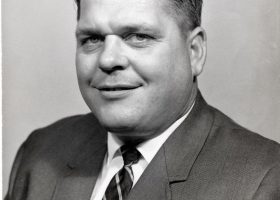 Advertising photograph of Neil Fischer - owner of Leesburg Chrysler Plymouth in Leesburg, Florida. Neil moved his family to Leesburg in 1970...

Neil Fischer moved his family to Leesburg, Florida in 1970 as he became manager/owner of Leesburg Chrysler Plymouth. Neil was always a generous person, always looking out for others and offering assistance even to his detriment.

Through the dealership in Leesburg he was able to offer assistance to many organizations in Leesburg, with the Boys Clubs of Lake County being one of them. Neil was awarded Chrysler's Distinguished Dealer Award in 1972 and was invited to an appreciation dinner hosted by Citizens National Bank of Leesburg in 1973.

The oil embargo of 1973 during the presidency of Jimmy Carter led to massive problems in the automobile industry especially in Leesburg where large "gas guzzlers" were the favored vehicles for all the retirees who called the area home.

To view larger image, right click on the image and save to your device.