In 1989, six buddies celebrated the boss’ (Tim Glaze) birthday and retirement at the Buffalo Trading Company which used to be located at Orlando’s Church Street Station. 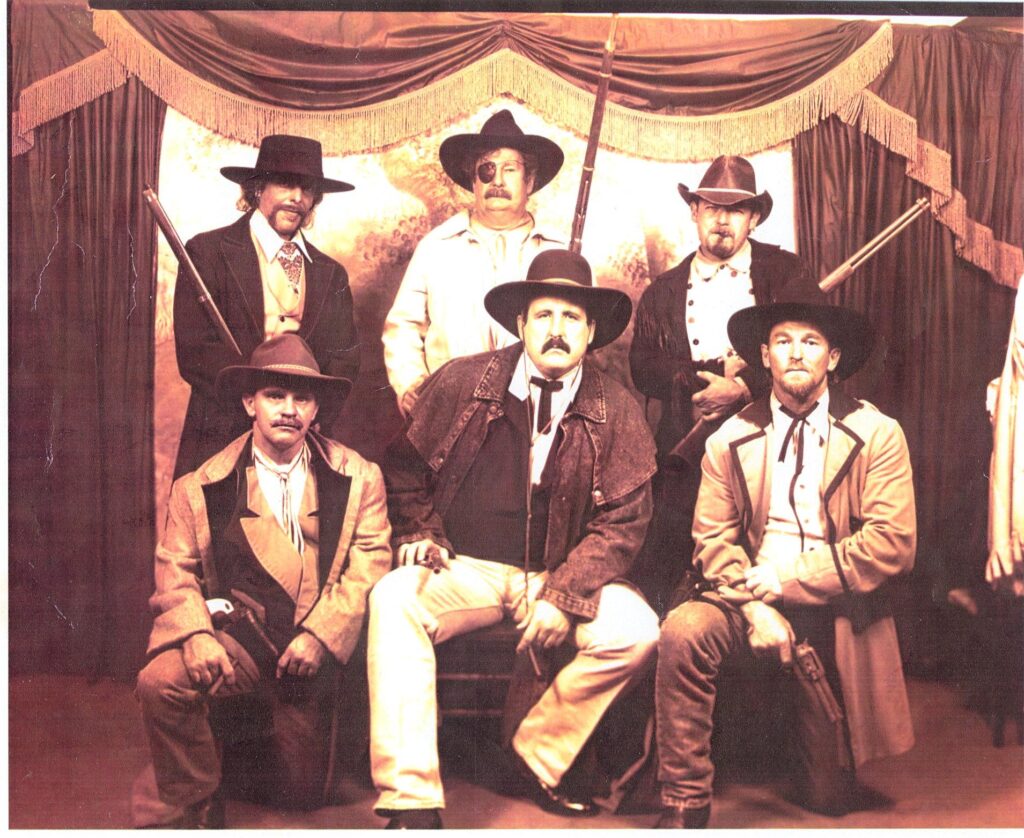 Buffalo Trading Company sold Western clothes and collectibles for nearly 20 years just down the street from the Cheyenne Saloon and closed the downtown location in August 2001.

Orlando Memory Staff Notes: The Buffalo Trading Company was part of the Bumby Arcade and the train track ran alongside the left of the building. The photo area was off to the left as you entered the front door on Church Street. There were all sorts of Western attire for the gentlemen and the ladies to put on so they could look the part and it was amazing how just by printing the photos in sepia tone transported people back 100 years or more! I saw many photos, but none I recall were as amazing as the one above. These fellows look like they were dropped right out of the old West into downtown Orlando!

Orlando Memory Staff Notes: This post was created on June 18, 2011 by Steve Hamilton and the comment was made on June 28, 2011 on the original Orlando Memory web site. It did not migrate to our new platform, so the images and text was copied from the old site and re-created by Orlando Memory staff on 12/26/2020.

Comments to “Celebrating at the Buffalo Trading Company – 1989”