When I was growing up in Marion County, the 4-H Club would bring us down to Orlando on a bus to attend the Central Florida Fair. At the time (in the middle 1950’s) the Fair was held where the Amway Arena was between Paramore and Hughey on Amelia.

We would come down early one morning, driving down “old” HWY 441. As we would enter the city, we would come through the arches (at least in my memory it seemed like arches) and I would get so excited. We were almost there.

Marion County would have a booth, which we could visit during the day to rest and visit with each other. At some point during the day, I would join my club members for Poultry Judging.  The rest of the time we were free to look around. I would always enjoy browsing through the different tents where other counties and venders would have displays/exhibits. I especially enjoyed looking at all the Jewelry.

One year I remember seeing an exhibit that showed us how in the future we would be able to cook our meals in something called a microwave.  Little did we know that microwaves would soon become a very common way to cook.

Then late in the day we would all gather back at the bus and ride home. 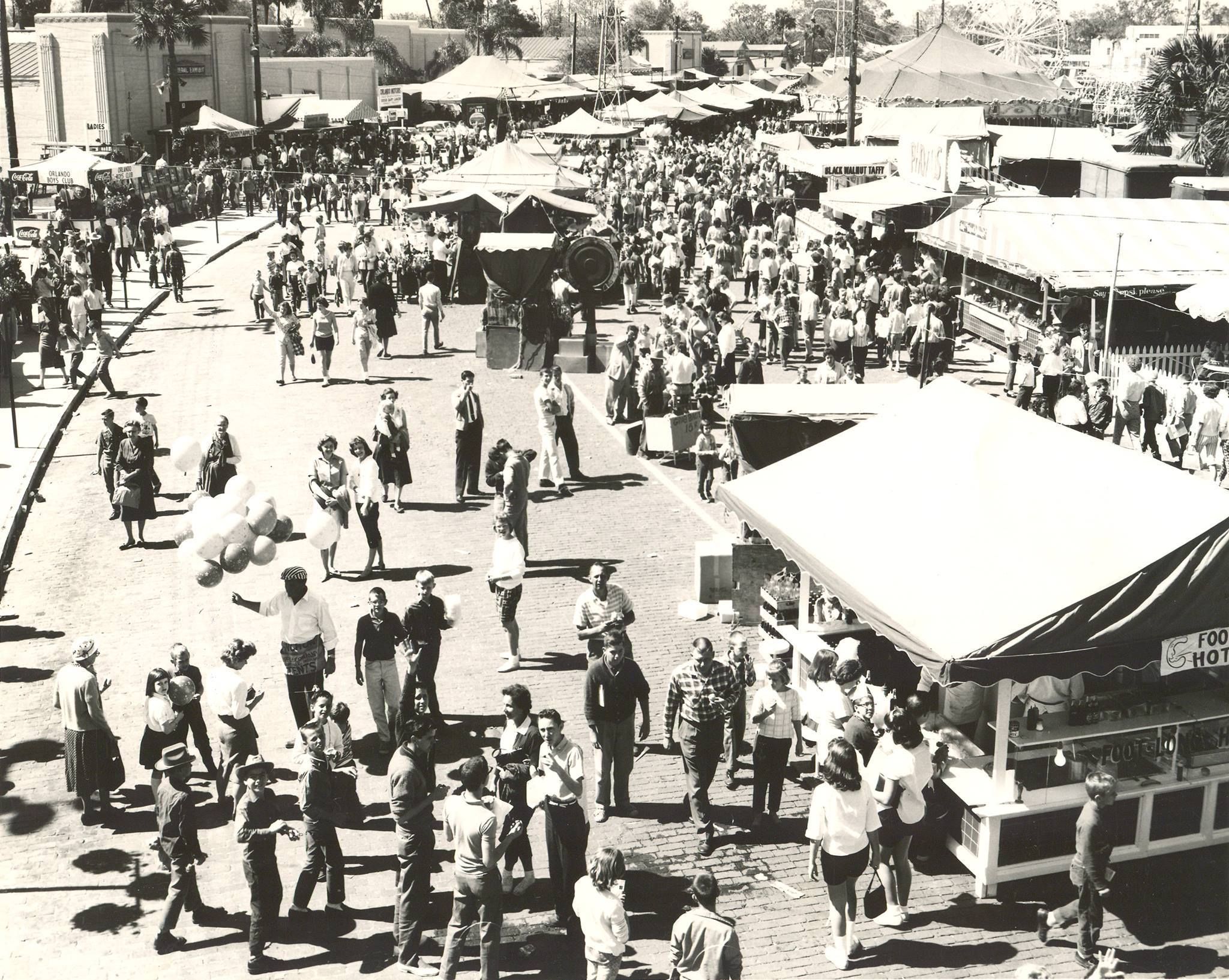 READ about the history of the Central Florida Fair