Paul Gabriel responded by arranging for Gabriel Sub Shop sandwiches to be delivered to Lt. Phillips onboard the USS Tom Green County Landing Ship via helicopter from Saigon.

March 22, 1968 letter below with the sandwich request. 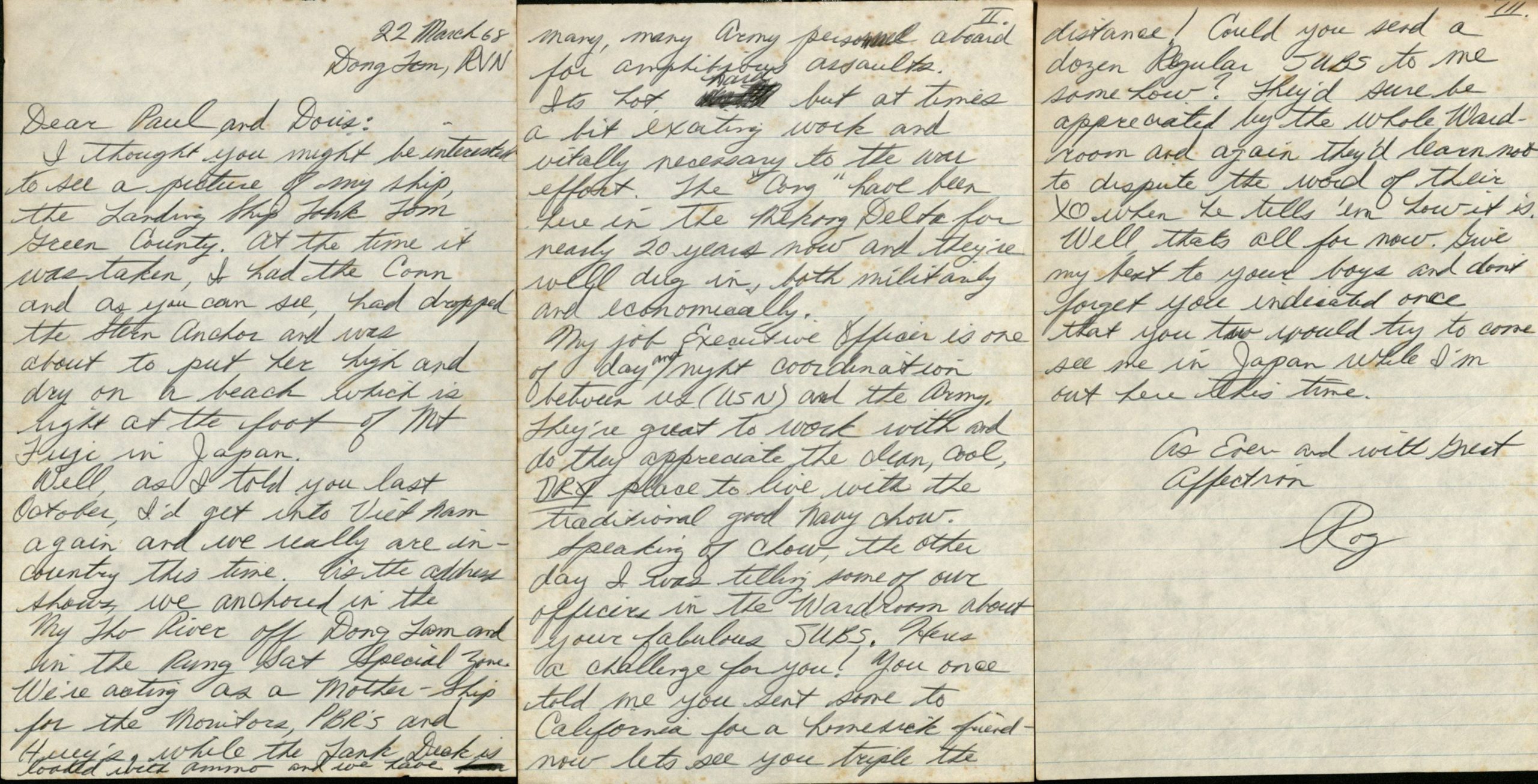 I thought you might be interested in to see a picture of my ship, the Landing Ship Tom Green County. At the time it was taken, I had the Conn and as you can see, had dropped the stern anchor and was about to put her high and dry on a beach which is right at the foot of Mt. Fuji in Japan.

Well, as I told you last October, I’d get into Vietnam again and we really are in country this time. As the address shows, we anchored in the My Tho River off Dong Tam and in the Rung Sat Special Zone. We’re acting as a Mother – Ship for the Monitors, PBRs and Huey’s , while the Tank Desk is loaded with ammo and we have many, many Army personnel aboard for amphibious assaults. It’s not hard but at times a bit exacting work and vitally necessary to the war effort. The “Cong” have been here in the Mekong Delta for nearly 20 years now and they’re well dug in, both militarily and economically.

My job, Executive Officer is one of day and night coordination between us (USN) and the Army. They’re great to work with and they do appreciate the clean, cool, DRY place to live with the traditional good Navy chow.

Speaking of chow, the other day I was telling some of our officers in the wardroom about your fabulous SUBS. Here’s a challenge for you! You once told me you sent some to California for a homesick friend – now lets see you triple the distance!

Could you send a dozen Regular SUBS to me some how? They’d sure be appreciated by the whole wardroom and again they’ll learn not to dispute the word of their XO when he tells ’em how it is. Well that’s all for now. Give my best to your boys and don’t forget you indicated to me once that you two would try to come and see me in Japan while I’m out here this time.

As ever and with great affection,
Roger 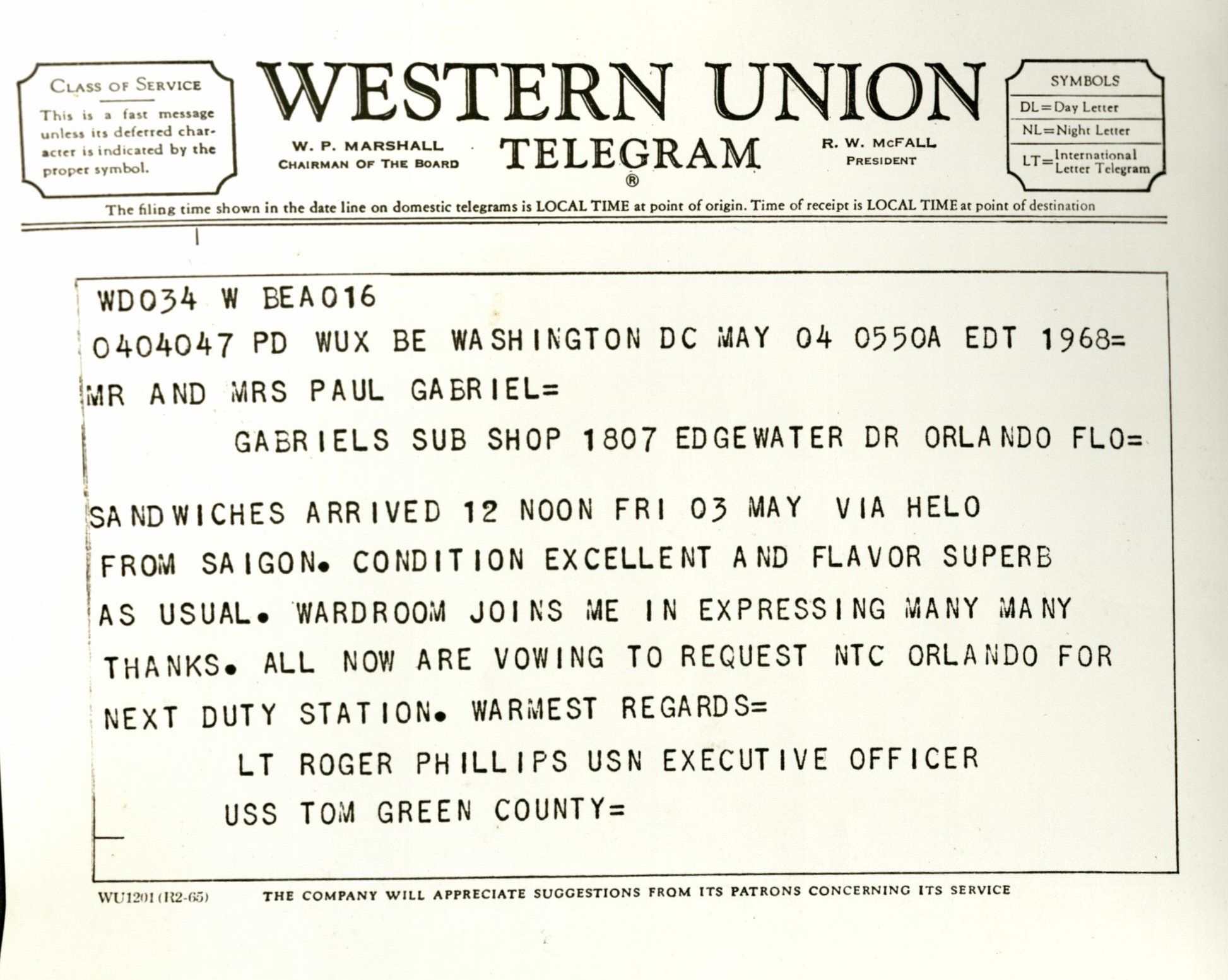 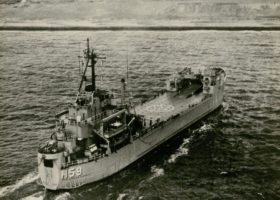 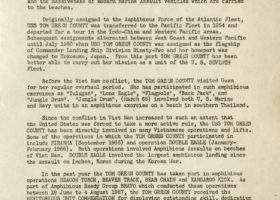 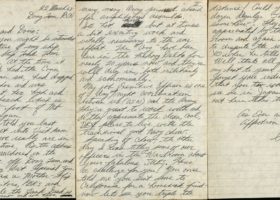 22 March 68 Dong Tam, Vietnam Dear Paul and Doris: I thought you might be interested in to see a picture of my ship, the... 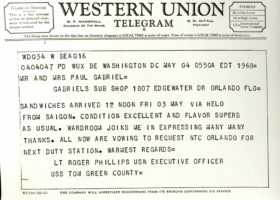 SANDWICHES ARRIVED 12 NOON FRI 03 MAY VIA HELO FROM SAIGON. CONDITION EXCELLENT AND FLAVOR SUPERB AS USUAL. WARDROOM JOINS ME IN...

There are currently no video related to this memory.
College Park Oral History Night with Kevin Gabriel of Gabriel's Sub Shop, Part I