One of only a few locations in all of Orlando, this Krispy Kreme location supplied me with early morning donuts on the way to work and, occasionally, a family snack before dinner (OK…OK….dinner)! Having first had Krispy Kreme’s in Denver, I was surprised how little business this one had being so close to UCF and how rare it was to see the patented “Hot Now” sign lit. Perhaps this explains why it is now out of business. Here is a picture circa 2007.

Orlando’s history dates back to 1838 and the height of the Seminole Wars. The U.S. Army built Fort Gatlin south of the present day Orlando city limits to protect settlers from attacks by Indians.

By 1840, a small community had grown up around the fort. It was known as Jernigan, named after the Jernigan family, who had established the first permanent settlement in the area. Jernigan had a post office, established May 30th, 1850.

Six years later with the settlement expanding northward, the community officially changed its name to Orlando. In 1857, the U.S. post office adopted the name change. The town of Orlando was incorporated in 1875 with 85 inhabitants, 22 of whom were qualified voters.

Obviously, a lot has changed in Orlando since 1838. What is your favorite Orlando memory? Was it the first time you saw Mickey? Was it when you discovered the swans on Lake Eola? How about the time you first hiked along the Econ trail? Share your memory and include photos or other items that enhance your story. 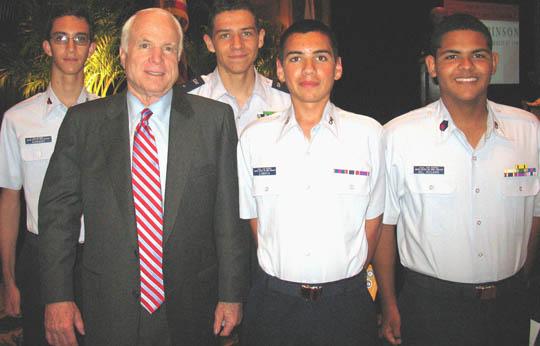 The Orlando Cadet Squadron Color Guard presented the U.S. and Florida flags during the Orange County Florida Republican Party’s 2007 Lincoln Day Dinner, an event marked by the appearance of republican presidential hopeful Sen. John McCain, R-Ariz., as keynote speaker. The Lincoln Day Dinner, held at the Portofino Bay Resort at Universal Studios, is the primary fundraiser for the Orange County Republican Party. The annual event provides an opportunity for local, state and national political leaders to mingle and speak to supporters. The theme for the dinner was “a salute to veterans,” and the color guard received a warm welcome from the large crowd of veterans and citizens in attendance. The cadets also had an opportunity over dinner to listen to several veterans’ stories and discuss possible future careers in the military.

The highlight of the evening came when Senator McCain took the stage to personally thank the veterans in attendance, discuss his own military experiences and share his vision for the future of the nation. As the evening came to a close Senator McCain took some time to greet hose in attendance, including spending a few moments talking to the members of the color guard and thanking them for their service.

EEA Event at Fantasy of Flight 2007 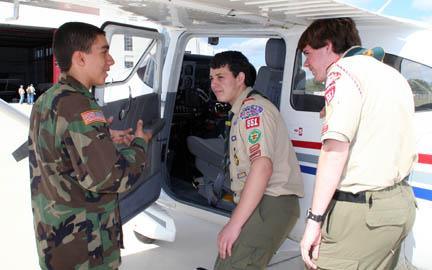 ABOVE: Cadet airman 1st class Riley Laboy (left) of the DeLand Composite Squadron explains the purposes of all the instruments in an aircraft’s cockpit to boy scouts Michael Sulsenti (center) and Dallas Dunbar.

Members from five Central Florida Civil Air Patrol squadrons came together to assist the Experimental Aircraft Association (EAA) in helping more than 100 boy scouts earn their aviation merit badges. The EAA event, held Jan. 27, 2007 at the Fantasy of Flight aviation attraction in Polk City, Fla., provided young eagle flights for more than 125 scouts and other youth. The young eagles flights, which the EAA provides free of charge, are designed to introduce youth to the wonders and joys of aviation. Because of past success involving support of EAA events in Orlando, CAP was approached to assist with the event.

In all, 20 members from the DeLand, Lake, Orlando, Polk County and Marion County Composite Squadrons supported the event by marshalling aircraft, working parking and escort details and providing safety patrols. CAP cadets also had an opportunity to share their knowledge of aviation as they talked with the scouts about their own cap flight experiences and explained the historical significance of some of the aircraft on display at fantasy of flight. “It’s great to see my scouts get to spend time with other civic-minded youths, especially ones so knowledgeable about airplanes,” Broward County scoutmaster Jerry Sulsenti said. All who attended expressed appreciation for the support that CAP provided, with EAA member Steve Gatlin summing up the prevailing sentiment the best: “CAP always does a fantastic job and we’re lucky to have their help!” 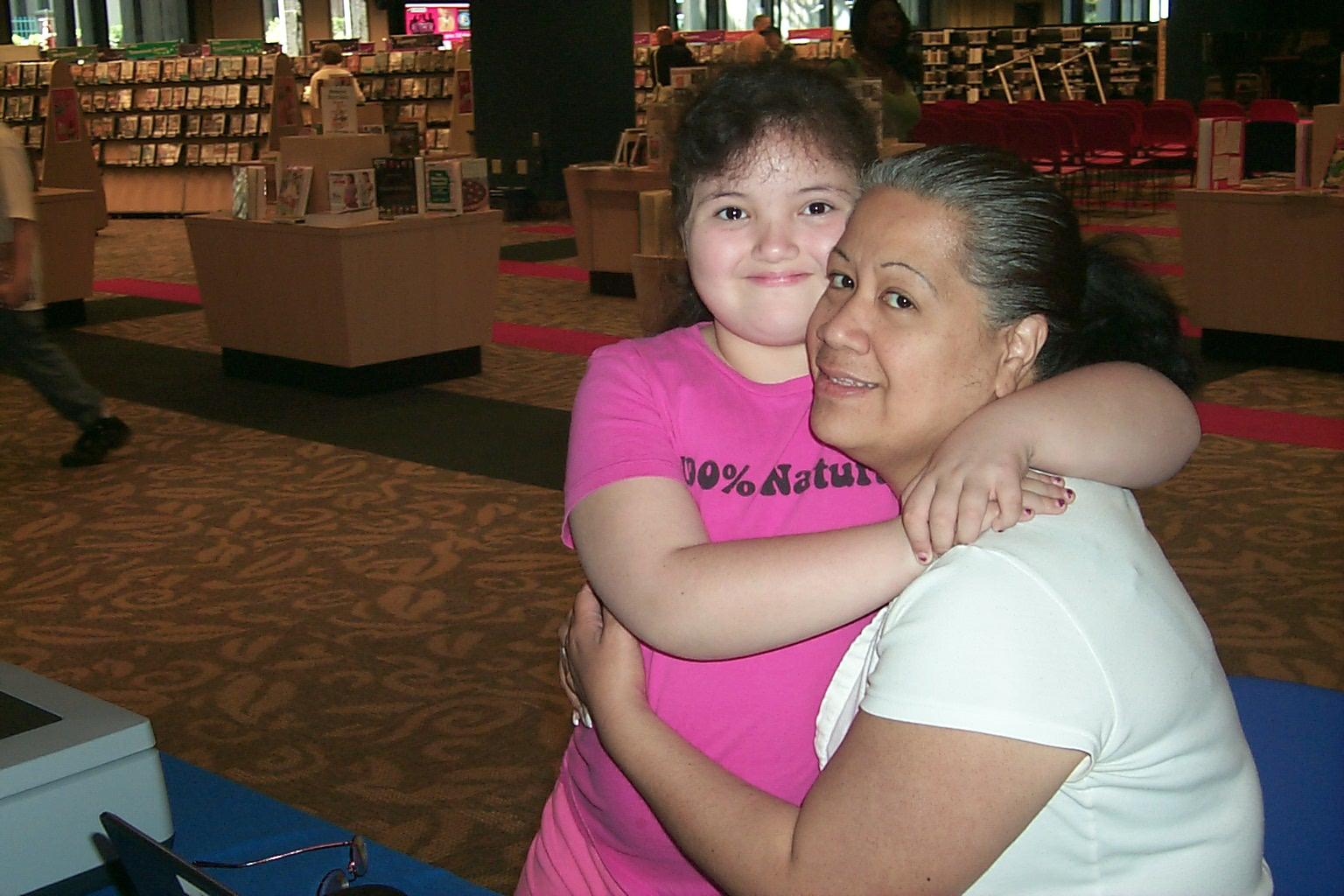 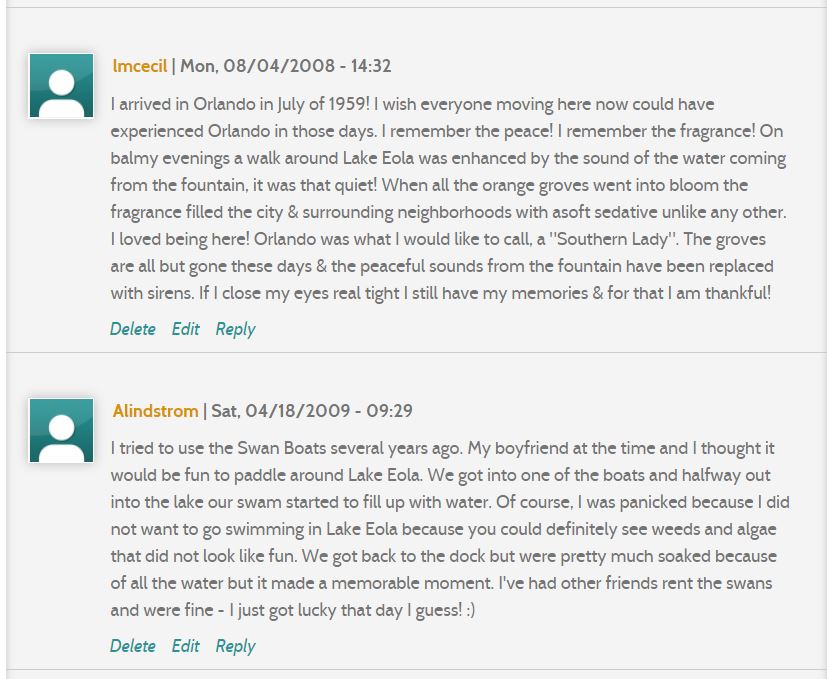 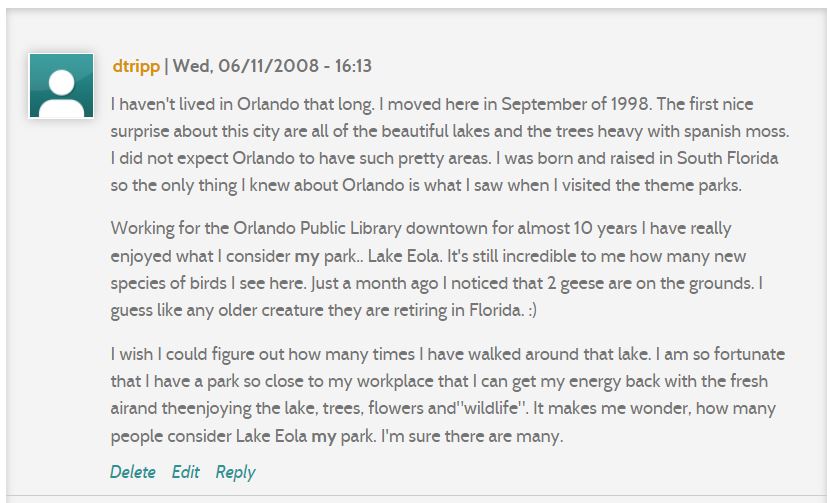 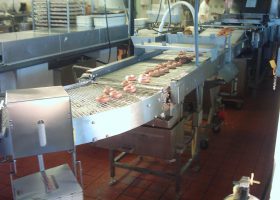 One of only a few in all of Orlando, this location supplied me with early morning donuts on the way to work... 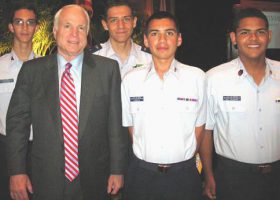 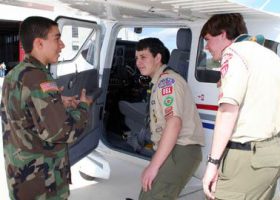 EAA Event at Fantasy of Flight 2007 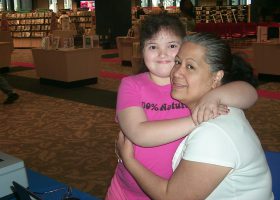 Our Day at the Library