The OCLS Staff Association and the Friends of the Library collaborated to make a quilt to commemorate Orange County Library System’s 75 years of library service to this community. The project was announced at the Library’s 75th Anniversary Celebration in November 1998 and the completed quilt was presented to the Library in December 1999. The quilt currently hangs in the staff dining area on the 2nd floor of the Orlando Public Library at 101 East Central in downtown Orlando. Be sure to see the photo attached to this topic.

The story of the quilt’s creation and a photo were featured in the Fall 2000 Florida Libraries in an article entitled “Floridians Value Their Libraries – Surveys Show Just How Much.” 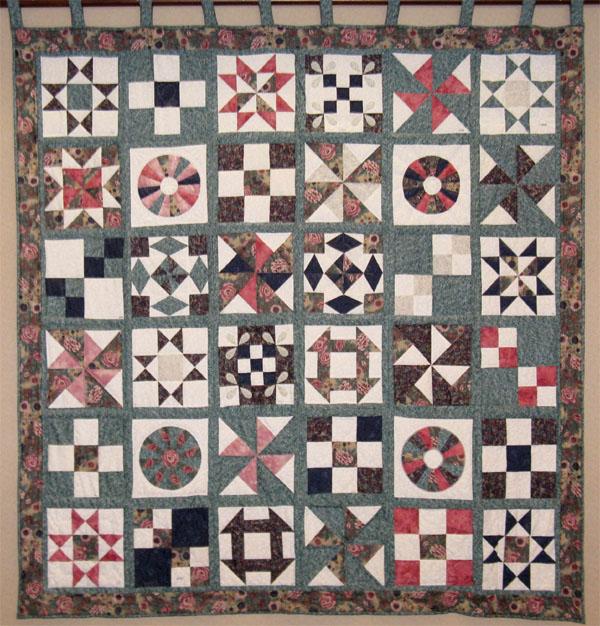 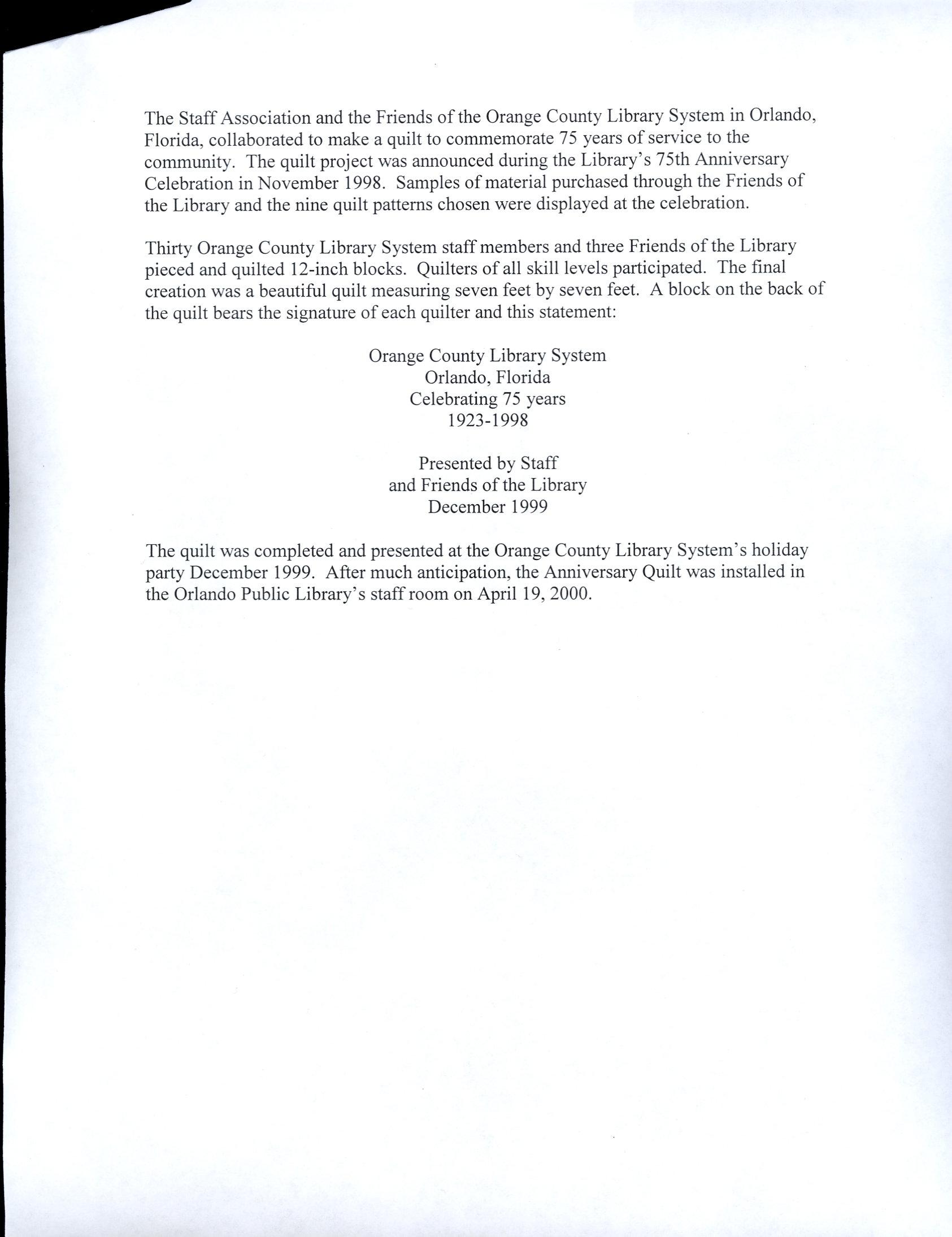 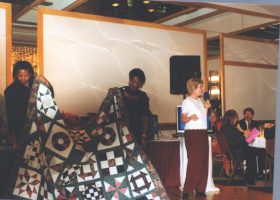 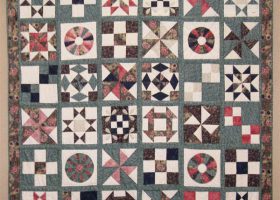 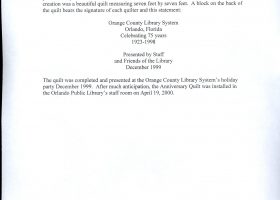 In 1998 Friends of the Library and OCLS Staff members created a quilt in honor of the Library's 75 years of service to the community.

The attached pages include information about the quilt, the patterns used, and an article in the Florida Libraries Fall 2000 publication.