On June 8, 1973, then President Richard M. Nixon addressed graduates and guests numbering almost 10,000 in front of the administration building. The cement pond was drained and graduates sat in chairs placed in that area creating an instant amphitheater. My husband was a student at Florida Technological University (FTU)  at the time and an old friend of the family Joan Foreman was graduating, so we attended. We were able to get press passes since I worked at a local TV station and my husband worked at the FTU radio station. We were able to get some good photos. 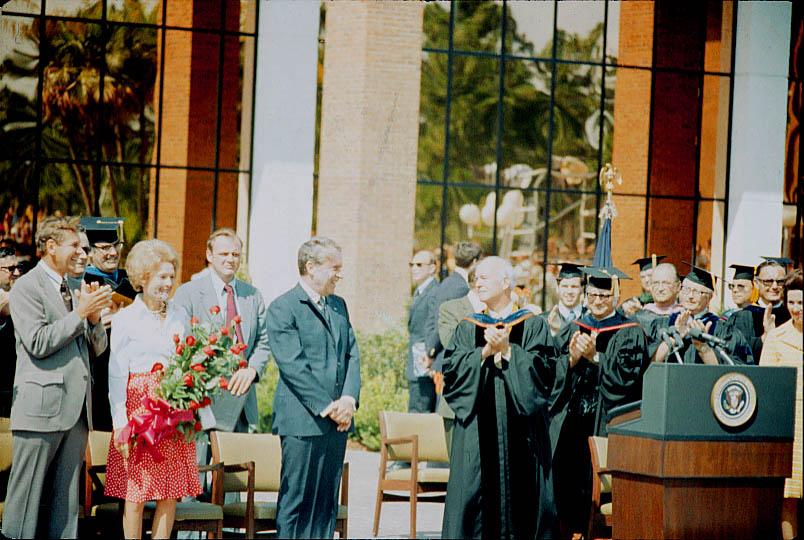 ABOVE: President Nixon addressed graduates on 8 June 1973 at Florida Technological University (FTU) now University of Central Florida (UCF). Mrs. Nixon, who was with him, was presented a beautiful bouquet of red roses. On the left you can see Congressman Lou Frey and Mrs. Pat Nixon.

The topic of President Nixon’s address – appropriate then and now – was “What’s Right With This Country.”

The thing that I remember most were the sharpshooters with rifles atop all the buildings in the area. There were not many tall buildings then, just administration, the library, and the engineering building – all surrounding the cement pond. 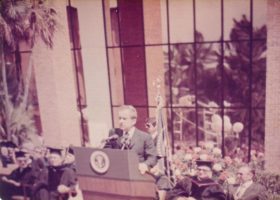 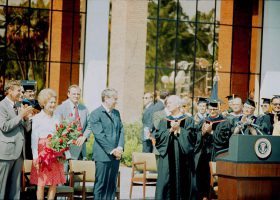 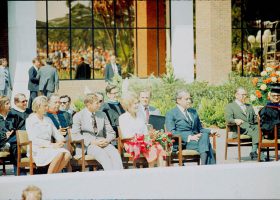 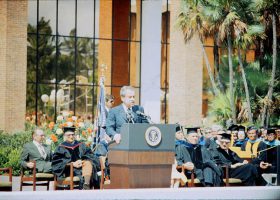 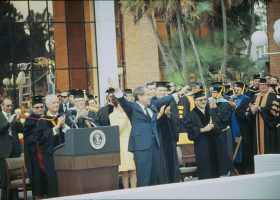