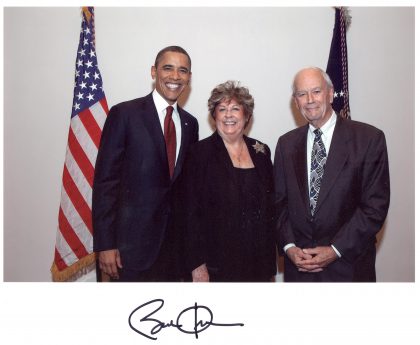 Mr. and Mrs. Bill Milligan of Orlando were invited by President Obama and First Lady Michelle Obama to the White House for the State of the Union Address presented January 24, 2012.

Read more about the Milligan family in Orlando by searching OrlandoMemory.info using the last name “Milligan”. 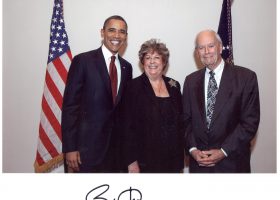 January 24, 2012 photo of President Obama with Mr. and Mrs. Bill Milligan of Orlando.