The  Azalea Park Swimming Pool was built and originally operated by the developer of the Azalea Park subdivision, Phillips Properties.  Officially managed by Marguerite “Peggy” Phillips with the help of Dixie O’Brian and Betty Hurd, the pool was sold to Betty Hurd in the mid 1960s and she operated the neighborhood’s recreational center until she sold it in 1981.  Mrs. Hurd is well known by parents and their children for her Ton Enola Splash Club. 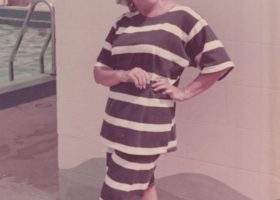 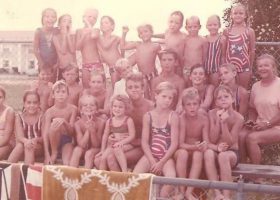 Here we see Betty Hurd with some of her many swim team members at the Azalea Park Swimming Pool, which she owned...

Pictured here are some of the members of the Azalea Park swim team, dated from the late 1950s. From Left to right...