ABOVE: During the last Masses celebrated in the original church building in 2002, parishioners were allowed to come up on the altar to say goodbye. The church was demolished once services began in the new building. The church was still decorated for the Christmas season. 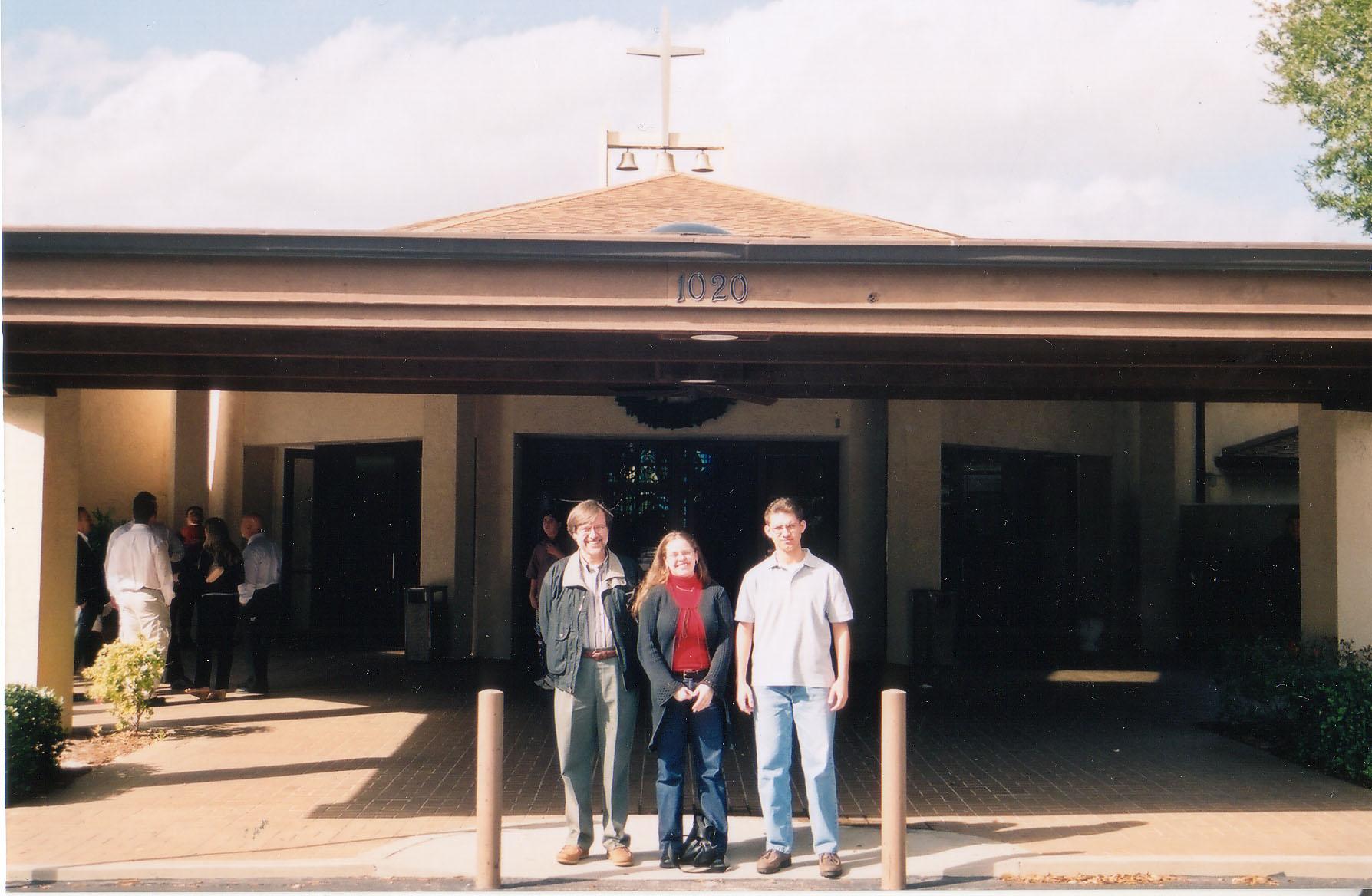 ABOVE: This is the original Church of the Annunciation just before it was demolished to make way for additional parking spaces for the new church. We took photographs in front of the church to remember the place that had been our spiritual home for 16 years.

On January 3, 2000 construction began on a new and larger church to meet the needs of the growing parish. Two years later the new church was complete and the final days of the church that had served our parish since it opened in 1979 were approaching. During the last weekend of services at the church, parishioners were invited to come up on the altar and say goodbye. Some bowed, some genuflected, some reached out and touched the altar as a sign of reverence.

My family and I first came to this church a few days after the Challenger disaster. A priest named Father Peeters who visited the parish, had visited with some of the Challenger family members prior to the accident, and he conducted a memorial service for those lost. It was announced that Annunciation would be conducting a Mass and since our family were shaken to the core by the tragedy, we went to the Mass. There was something special about the parish – we all felt it – and we left the church we were attending and joined the Church of the Annunciation parish that week.

Church of the Annunciation is where my children celebrated the sacraments of First Holy Communion and Penance. It is where they learned about their faith. Its where my daughter sang in the choir and my son served as an altar boy. It was our spiritual home for 16 years – a very important part of our lives.

After the new church was completed, the old church building was demolished to make room for additional parking spaces. The new building is beautiful and massive, but the original Church of the Annunciation is the one we will forever hold dear.

ABOVE: Annunciation Catholic Academy opened its doors to students beginning with the 1996 school year. In 1998, the publication “Today’s Catholic Teacher” named ACA one of their 1998 Winners of the Catholic Schools for Tomorrow Award for Innovations in Technology. This full page feature explains how Dr. Margaret Curran and the board founded the school with the vision that it would be a leader in educational technology. Also mentioned in the article is the school’s full-time technology coordinator Lisa Jones. 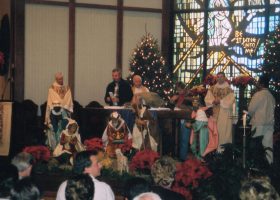 Church of the Annunciation - Goodbye

During the last Masses celebrated in the original church building in 2002, parishioners were allowed to come up on the altar to... 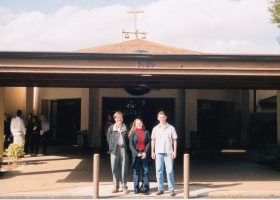 Church of the Annunciation - Goodbye

This is the original Church of the Annunciation just before it was demolished to make way for additional parking spaces. We took...

Annunciation Catholic Academy opened its doors to students beginning with the 1996 school year. In 1998, the publication "Today's Catholic Teacher" na...

Annunciation Catholic Academy, part of the Church of the Annunciation parish in Altamonte Springs, Florida, published "The Stars" weekly newsletter. During the first year, staff members were put in the "Spotlight" to help folks get to know the teachers, assistants and staff members at the school. The October 6, 1996 edition is no exception, featuring teaching assistant Kim Marie Peters.