Listen as Dr. Robert Serros, recalls the origins of Orlando Remembered and the influential members through the years dedicated to preserving landmarks of Orlando history.

Dr. Serros and his brother Andy Serros, standing, served as leaders for Orlando Remembered for many years welcoming newcomers and championing the preservation of Orlando history.

Oral history of Dr. Robert Serros recorded on March 14, 2022 at his Orlando home by Jane Tracy.

Photo notes courtesy of the Archives of Andy Serros. 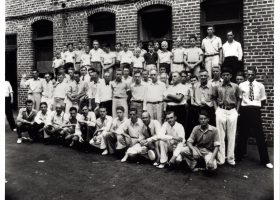