ABOVE: Photo of Dr. Benjamin Patz, computer engineer, electrical engineer, research scientist. Dr. Benjamin Patz’s scientific contributions to our area include working in the GENESYS Program at Cape Canaveral, Lockheed Martin, teaching at the Naval Training Equipment Center, Rollins College, and the University of Central Florida. His students from the Department of Electrical Engineering and Computer Science at UCF recall Professor Patz as a patient teacher who spent diligent time with everyone, undergraduate or graduate. In the GENESYS Program at the Cape his students were people working at Martin Marietta and NASA. Dr. Patz says, “They had interesting problems they would discuss with you… It was a good chance to go over control systems, electromagnetic fields, the boundary value problems.”

Excerpt: “I think we can attract people from almost any place in the country to Orlando,” says Capt. John K. Sloatman Jr., commanding officer and director of the center. “The real requirements to attract a young scientist include attractive living area, reasonable cost of living, advanced educational facilities and a pleasant working environment. You can get them from Cal Tech if you can give them these things….”

“The Cape has brought in a lot of industries we use:  Electronic groups and small technical industries that do subcontract work for the Cape and Martin….”

“The educational needs of the Cape are identical with ours,” he continued in answer to questions about the proposed East Central Florida Space University, “so anything that serves the needs of the Cape employees in the post-graduate area would meet our needs, too.”

The GENESYS and FICUS programs will also be beneficial to the center, he predicted. 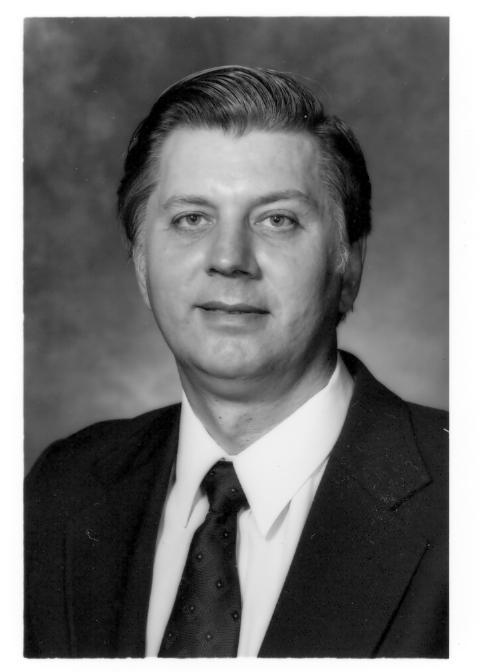 Listen to the rest of the interview with Dr. Patz conducted October 31, 2011.

SEARCH OrlandoMemory.info with “Patz” for more memories and images. 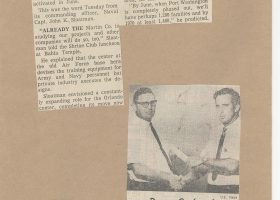 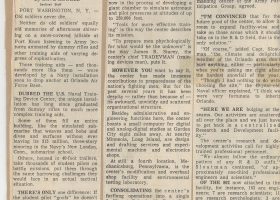 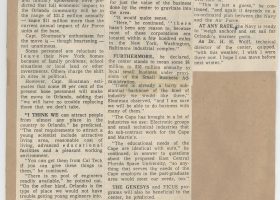