Gregg Gronlund began his nearly thirty-year career at the Orange County Library System in 1991 at the Southwest Branch in the Dr. Phillips area, back in the “good old days” of card catalogs and pay phones. Between 1991 and his retirement on April 24, 2021, Gregg served in 19 different positions!

He started at the Southwest branch and worked there for six months until moving to the Planning and Local Government Department on the 4th floor at the Main library in downtown Orlando. He was there only three months when he moved to the Genealogy Department. After six months in Genealogy he took a position in the Children’s Department which, at that time, was in the basement, moving later to the Arts and Literature Department on the 3rd floor. 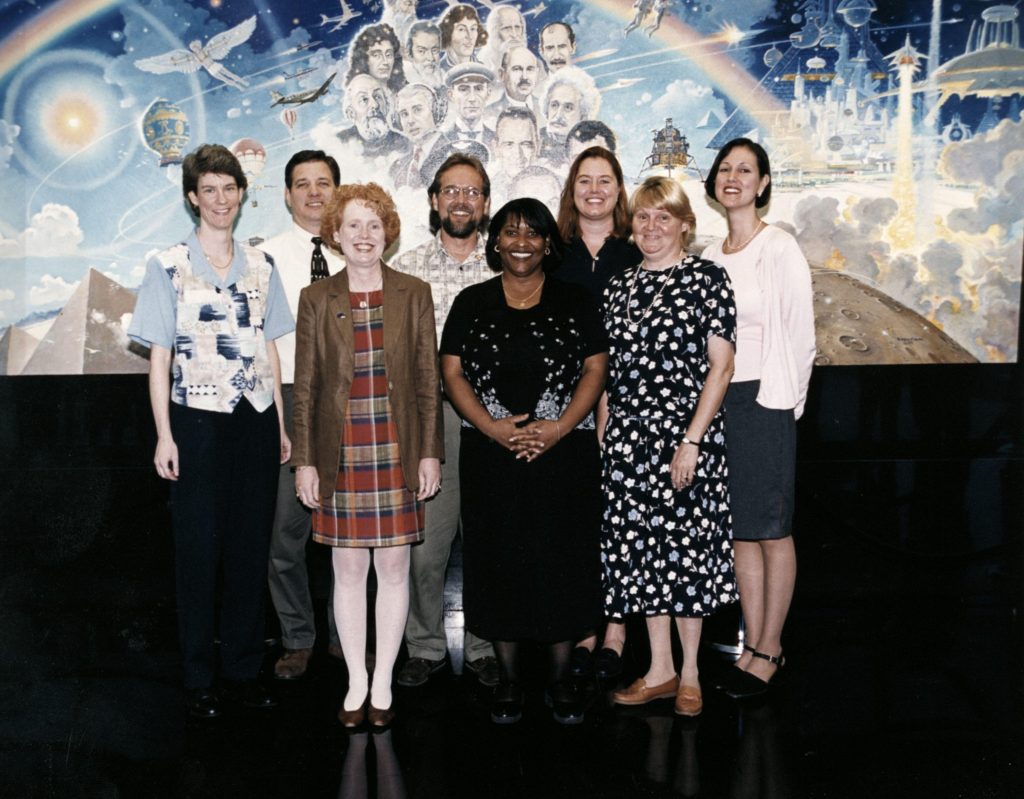 Gregg was then selected to be the manager of the old Winter Garden Branch on Cypress Street just off Dillard. During his time there he also opened the Southeast Outlet Branch. About a year later, Gregg was back at the Orlando Public Library as head of the Tic Tac Toe telephone reference department (now called Questline). Leading the Audio Visual Department, which was where the Children’s Library is now, was his next position. 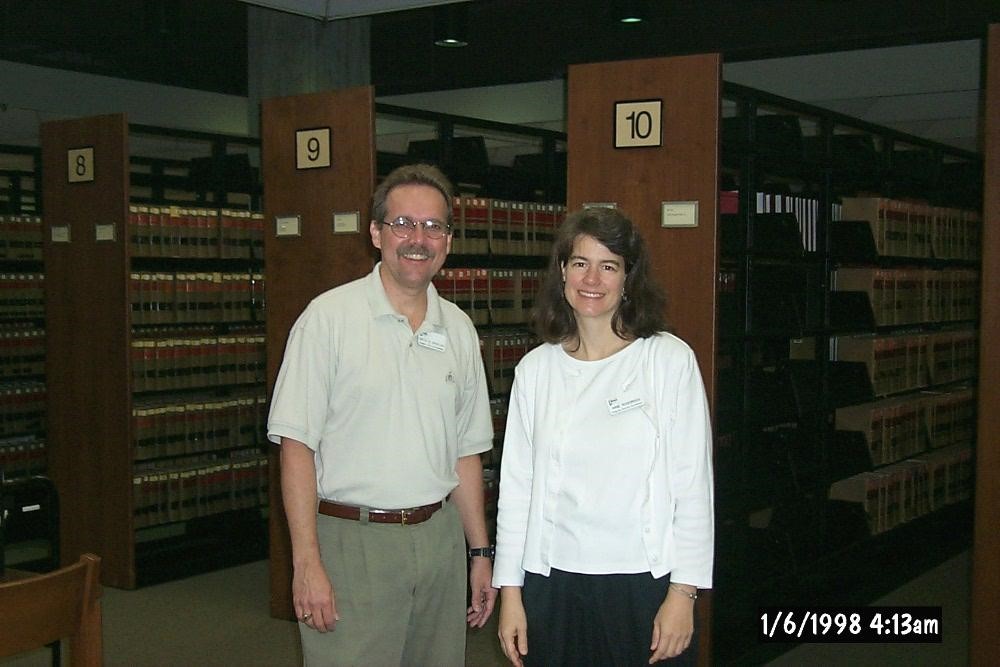 ABOVE: Gregg Grolund and Ann Rosebrock in front of the Law Collection on 4th Floor.

In 1996, Gregg was appointed head of the Genealogy Department on the 4th floor at the Main library. As years went by, other collections were moved to fourth floor under Gregg’s management, including the law collection, reference department, newspapers, periodicals, and microfilm. When the manager of the Questline Department retired, Gregg assumed responsibility for that department, too! 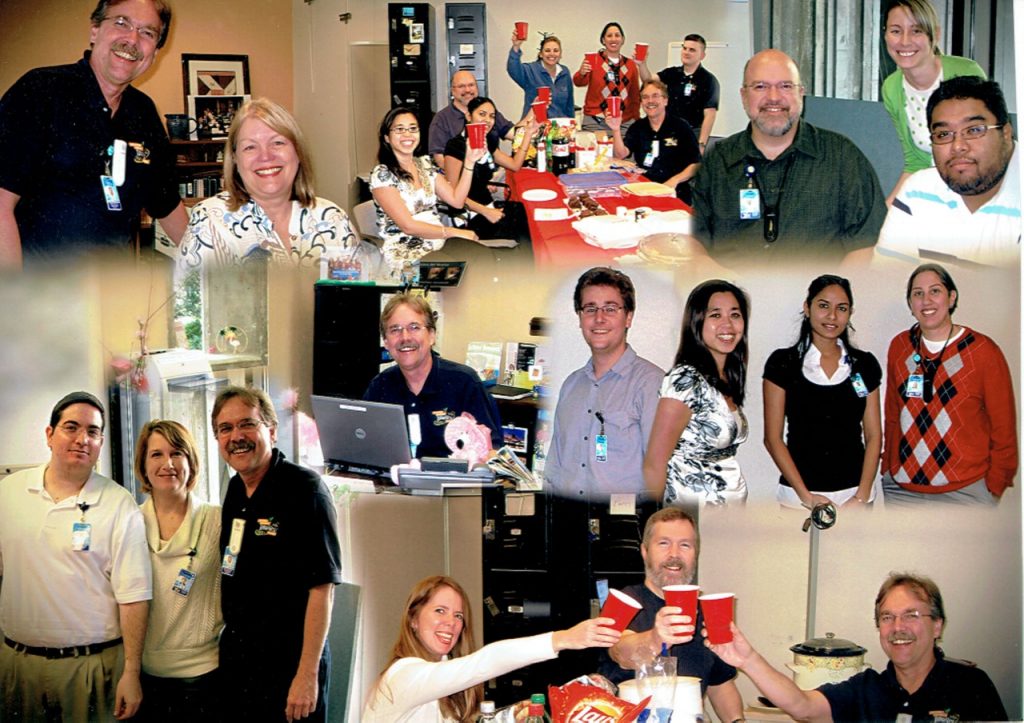 ABOVE: Gregg with Questline staff.

Gregg’s final stop on his journey at the Orange County Library System was as manager of the West Oaks Branch. Shortly after assuming that role, the Genealogy Collection from the Main library was relocated to West Oaks creating the West Oaks Library and Genealogy Center. Gregg retired on April 24, 2021, with the same zest for life, sense of humor, and readiness to serve his co-workers and the public that he had when he began almost 30 years before. 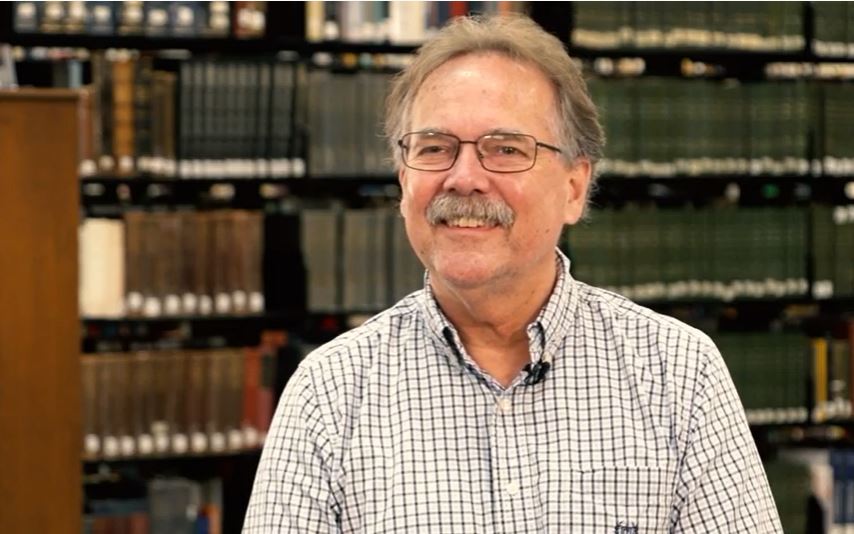 In Gregg’s interview he mentions that he was manager of the Genealogy Department at the Main Library and then the new Genealogy Center at the West Oaks Library. Gregg is an accomplished Genealogist and served as president of the Central Florida Genealogical Society for five years and was on the board for another 14. His knowledge of Genealogy and ability to help newcomers and old pros, alike, was appreciated by all who visited the library or attended one of his seminars at the library or at state and national genealogy conventions. 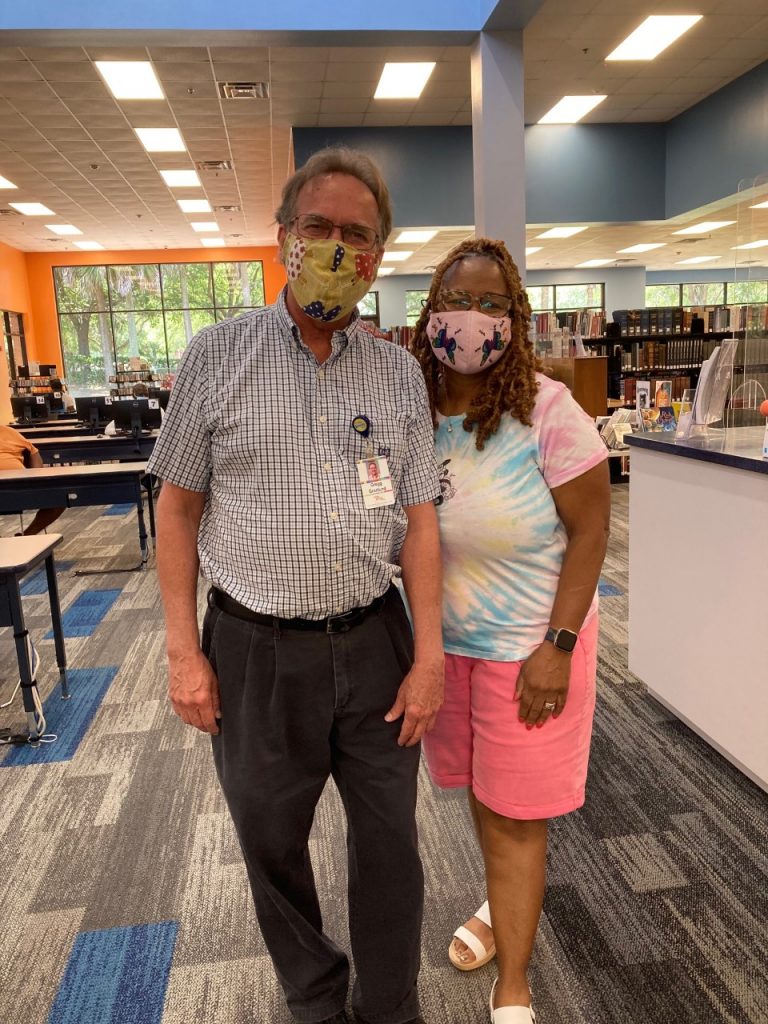 ABOVE: Managers Gregg Gronlund and Patrice Florence-Walker, May 10, 2021, at the West Oaks Branch.
Both managers piloted their staff through the Covid 19 pandemic.

We know Gregg is enjoying a well-deserved retirement, but his presence is missed. 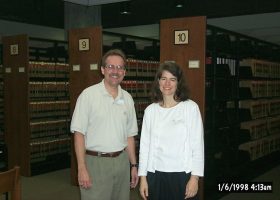 Gregg Gronlund and Ann Rosebrock in the Law Department

Manager Gregg Gronlund and Assistant Manager Ann Rosebrock standing in front of the Law Collection on the 4th Floor of the Orlando... 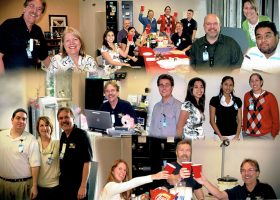 Gregg Gronlund (several images) with the Questline staff on the 3rd Floor at the Orlando Public Library. 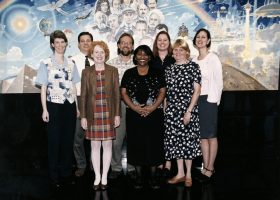 Gregg is in the middle on the back row.

Interview with Gregg Gronlund on his 29 years with the Orange County Library System.

cfgs_quarterly_vol_41-3.pdf
Central Florida Genealogical Society Quarterly
No description has been added yet