Friday, January 28, 2012: Shane Roopnarine speaks with Bill Cordell for the Orlando Memory project during the Zora! Outdoor Festival of the Arts in Eatonville, Florida. Mr. Cordell has worked as an actor in film, television, and commercials. He has worked in Chicago and throughout Florida, including Orlando’s “Hollywood East” period during the 1990s. He is also a part-time storyteller and works with the Orange County Library System. Known as “Mr. Bill,” he also tells us how he became a storyteller and his experiences at the Zora! Outdoor Festival of the Arts through the years.

WATCH the interview with Bill Cordell. 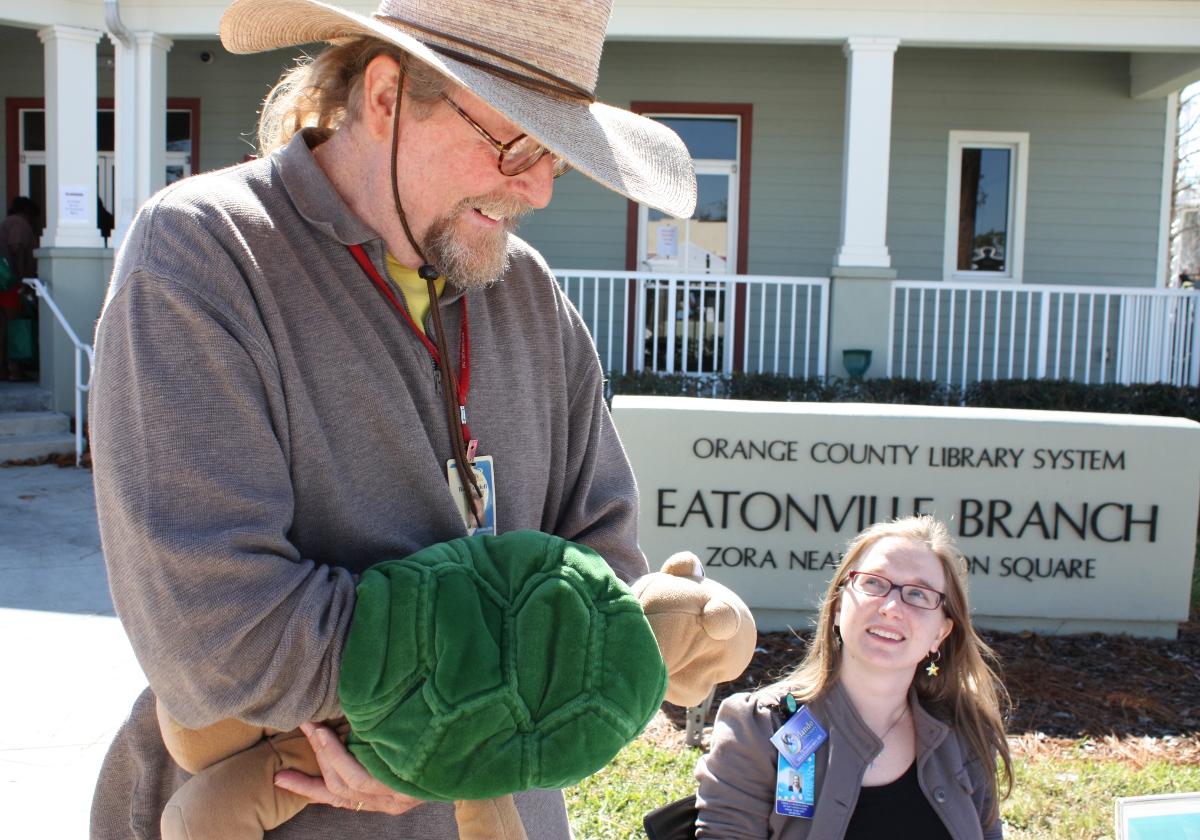 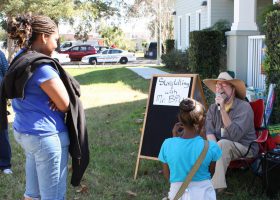 Mr. Bill the Storyteller at Zora! 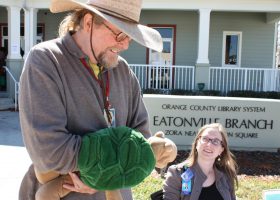 Mr. Bill entertains Amanda at the Orlando Memory table during the Zora! festival on Jan. 28, 2012.