Dorothy was a wife, mother and grandmother, loved by her family and friends, and she will be dearly missed. A rarity, Dorothy was an Orlando native. She was born in 1925 to John William and Annie Myrtle Jones. Dorothy attended Orlando High School, and was a member of Sorosis, REOS, REALM and United Methodist Church of Orlando. She worked at UCF until she retired.

A memorial service was conducted on November 22, 2005 at the First United Methodist Church in downtown Orlando, Florida.

The above information was provided to Orlando Memory by Dottie’s family.

Peruse the photos below under attachments.

Photograph from the daughter of Jet Wintter Seghers Prendeville. Jet and Dotty are in the photo of Debs and Sub Debs. Jet's daughter... 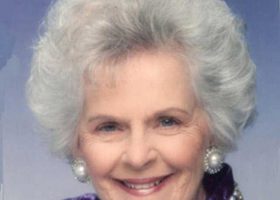 Photo of Dorothy provided to Orlando Memory from her family. 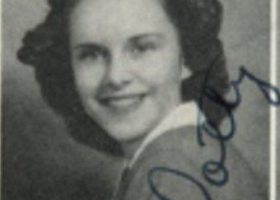