Before moving to Orlando, research scientist Dr. Benjamin Patz worked at Martin Marietta in Middle River on Orlando’s  Charge Particle Accelerometer Project. Specifically, he was asked to calculate what the discharge rate would be due to cosmic rays. When he first came to Orlando he came down in 1963-64 to investigate the discharge of the charge particle in a 1 centimeter cube.  Dr. Patz explains the challenges of the project and the great people he worked with at Lockheed Martin in an interview on October 31, 2011.

Dr. Benjamin Patz’s scientific contributions to our area include working in the GENESYS Program at Cape Canaveral, Lockheed Martin, teaching at the Naval Training Equipment Center, Rollins College, and the University of Central Florida. His students from the Department of Electrical Engineering & Computer Science at UCF recall Professor Patz as a patient teacher who spent diligent time with everyone, undergraduate or graduate.  In the GENESYS Program at the Cape his students were people working at Martin Marietta and NASA. Dr. Patz says, “They had interesting problems they would discuss with you… It was a good chance to go over control systems, electromagnetic fields, the boundary value problems.” 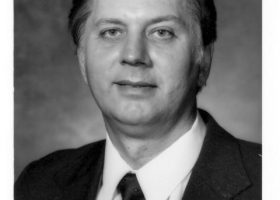 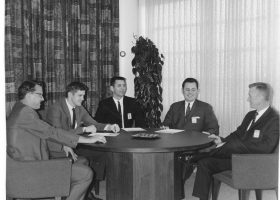