Elinor  Williams  was born on December 1, 1944 and passed  away  just  before  Thanksgiving on November 19, 2005. She was beloved and admired  by all who knew her. Sentinel  staff writer, Tammie Wersinger wrote  about her passing in the Orlando Sentinel on November 22, 2005, pg. B6.

For nearly 30 years, Elinor Williams was on the front line of the Orange County Library System, helping tens of thousands of people find books and information. While the Orlando woman loved books and instilled that love in everyone she could, she blew the “bookwormish” librarian stereotype out of the water, said her daughter Audrey June of Alexandria, VA. “She could talk to anyone. She was so friendly and outgoing,” June said. “I used to joke that we couldn’t get through a grocery store line without talking to at least two people in line.”

Williams — who worked in several branch locations as well as the main library in downtown Orlando — died Saturday from injuries suffered in a fall. She was 60. “She was a well-loved and respected employee,” said Carla Fountain, the library’s human-resources manager. “She will be greatly missed by our staff and our patrons.”

Williams was born in Oakland but grew up in Chicago, where she received a bachelor’s degree from Chicago Teacher’s College. She went on to earn a master’s at Atlanta University, now Clark Atlanta University, in Georgia. Williams started working for the Orlando Public Library after moving here from Tampa in 1975. “Elinor was a strong, intelligent, highly energetic, verbal person who simply made an impact on others,” said John Martin, a former co-worker. “Although i only knew her in the workplace, I have to believe that her personal style and her value system must have impacted many in her non-work life, as well.”

Williams, who would often go into schools and discuss the benefits of choosing a career as a librarian, wouldn’t dish out information indiscriminately. Instead, she helped others learn how to do research for themselves. “She’d say, `I’m not going to look it up for you, but I’ll show you how you can find it,’ ” said her sister Phyllis Pelt of Hazel Crest, IL. “She wanted us to be empowered.”

Pelt said her sister influenced three generations of family members to love books and become lifelong learners. She not only helped her siblings, but would often recommend books to her nieces and nephews. “She always told my daughter to read every book before she let my grandchildren read it,” Pelt said. “And she would ask them to send her book reports, and they would do it.”

Williams used books as a parenting tool for her own children as well. Her son and daughter had library cards as soon as they were allowed to get them, and both spent hours reading — either at the library or at home, where books filled shelves in most rooms. “She always pushed reading as an activity, as opposed to watching TV or playing video games,” said her son, David Powell of Orlando. “She was just a good example and a good mom. She always let us know she loved us and wanted the best for us.” 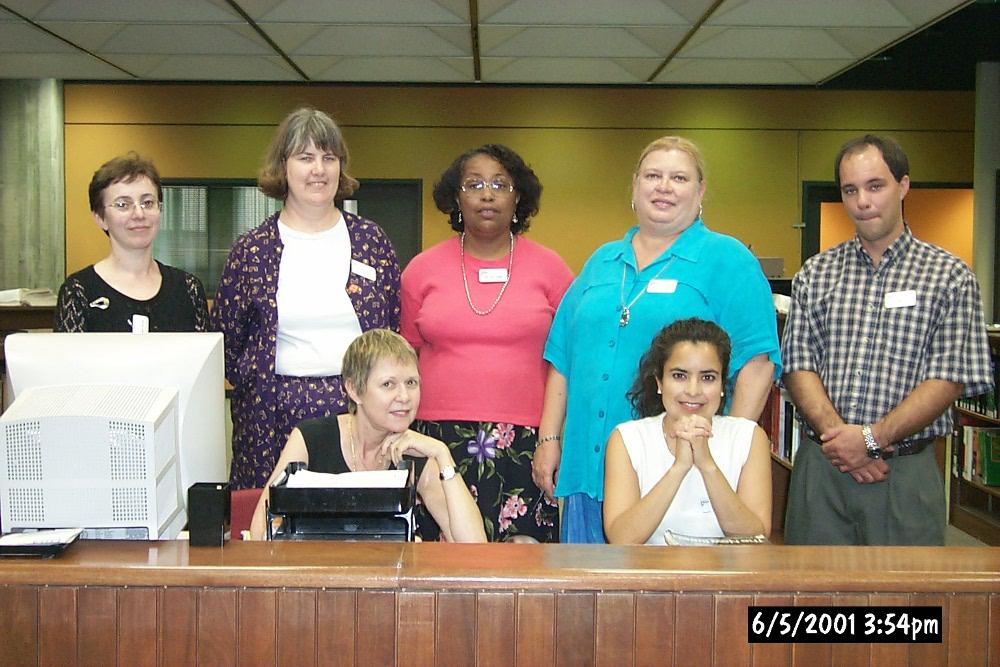 ABOVE: This is a photo of staff members from the old Arts and Literature Department at the library. From Left to Right front: Pat Lane and Nicole Heinzleman. Left to Right Top: Vera Gubnitskaia, Pam Sogge, Mrs. Elinor Williams, Nedra Blanke, and Eric Heinzleman. For more information on Mrs. Williams, please search this site. 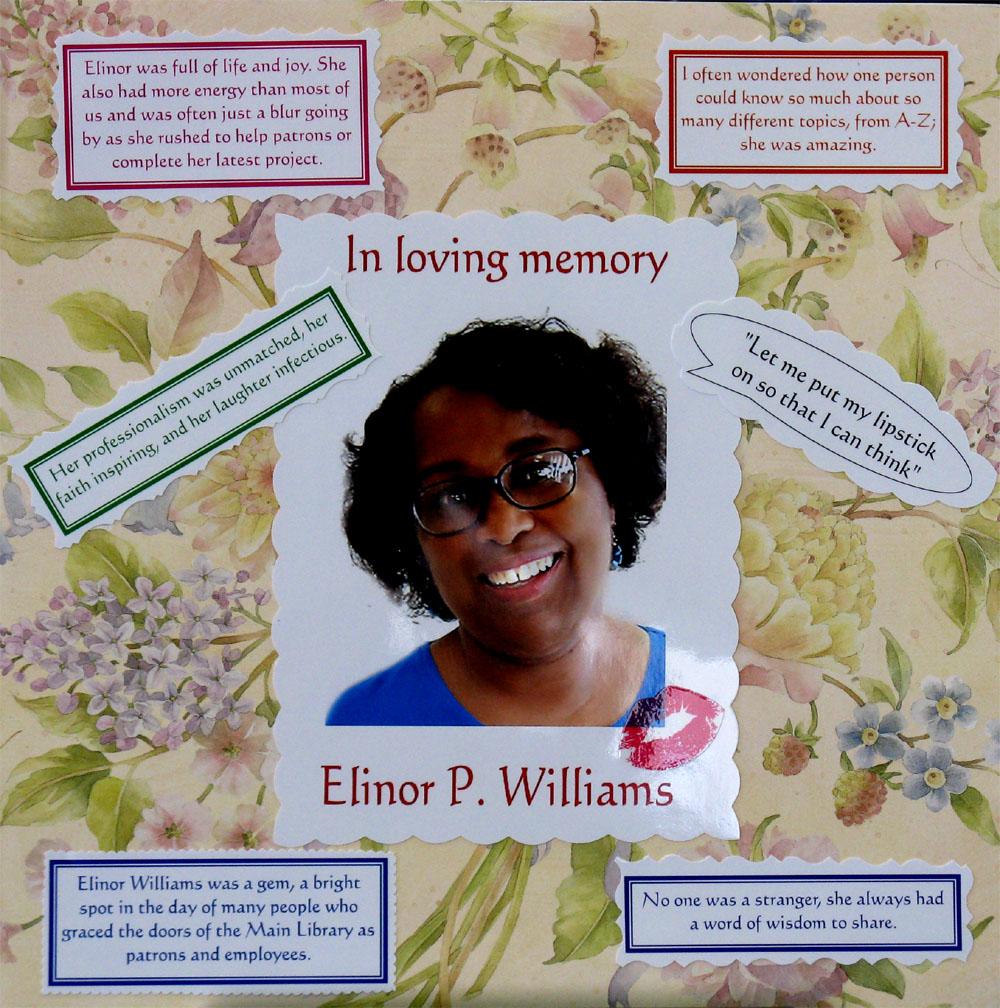 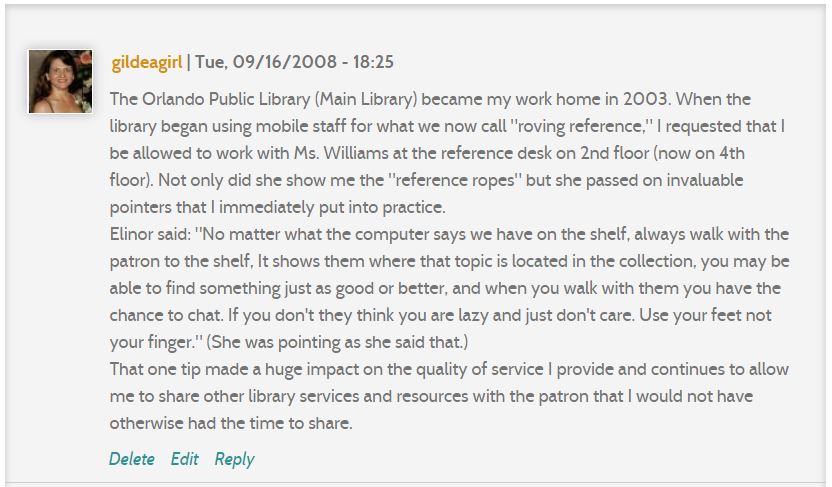 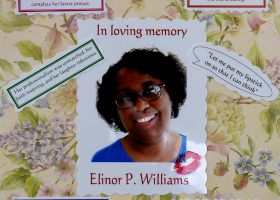 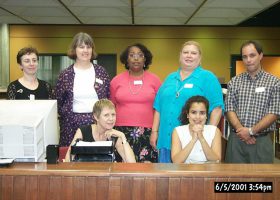 This is a photo of staff members from the old Arts & Literature Department at the library. From Left to Right front:...