Hapsburg Liebe, pen name for Charles Haven Liebe, was originally born in Greene County, Tennessee on October 17, 1880. He was an author, with a number of his works appearing in magazines like Adventure, Wild West Weekly, Florida Wildlife and Collier’s.

According to him, he was born “back in the Tennessee hills, between the Chuckey and Bays Mountains, on Roaring Fork of Lick Creek, in the humblest of cabins with the inevitable rifle hanging in wooden hooks over the door”. Although, he would say that he did start writing as a teenager, he did not originally work as a writer. Before publishing any of his works, he served as a soldier in the Philippine-American War in 1900 and was stationed in Romblon, per that year’s US Census. 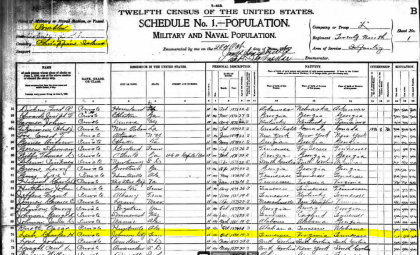 CHARLES HAVEN LIEBE IN THE 1900 US CENSUS, SEE BELOW FOR FULL SIZE

When he returned to the US, he worked as a lumberjack and in a sawmill. It was then he picked up writing again. He worked at the sawmill during the day and at night would write.

He moved to Orlando with his family around 1919, and lived with his wife, Hattie, and two daughters, Virginia and Elizabeth. They lived at various locations in Orlando between 1919 and 1925. Hapsburg Liebe was a fairly popular pulp fiction author of the day, many of his works being turned into movies: he is credited as the writer for 8 films between 1912 and 1925.

He is also listed as an important part of the Associated Authors Productions, Inc., a company that was formed in 1922 in Orlando. 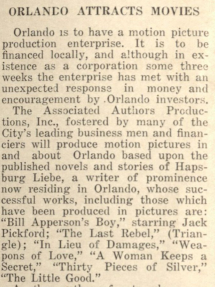 FROM THE AUGUST 1922 ISSUE OF THE ORLANDO MAGAZINE, SEE FULL SIZE 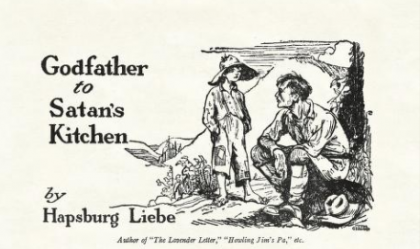 He wrote the stories for movies such as The Last Rebel, a 1918 film produced by the Triangle Film Corporation; Trimmed from 1922, starring Hoot Gibson; and Bill Apperson’s Boy, a 1919 film that was based on his short story “That Woman” which starred Jack Pickford. Sadly, only Bill Apperson’s Boy survives, but it is currently preserved in the Library of Congress. Full page ads for this film appeared in the Exhibitors Herald in 1919. 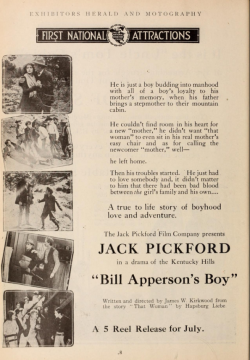 More recently, Hapsburg Liebe has often erroneously been credited for writing the story that the 1918 film A Society Sensation was based upon. The film (which starred a then relatively unknown Rudolph Valentino) was actually based on a story by Perley Poore Sheehan.

His last writing credit for films was the 1925 film Down Upon the Suwannee River, which starred Charles E. Mack and Mary Thurman. This film was produced by Royal Palm Productions. Very little is known about this presumed lost film.

He continued writing stories throughout the rest of his life, a number of which can be read on Archive.org. 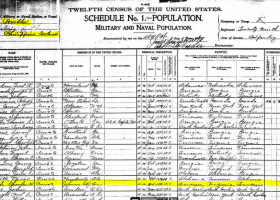 Charles Haven Liebe (misspelled as Lieb) listed in the 1900 US Census. He was stationed in Romblon, Philippines. 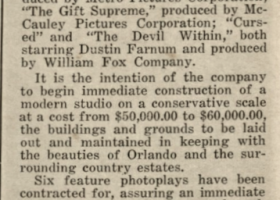 An excerpt from the August 1922 issue of Orlando Magazine which discusses the Associated Authors Productions, Inc. and also talks about author... 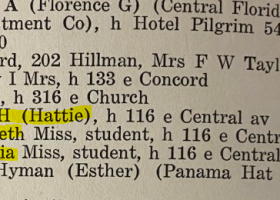 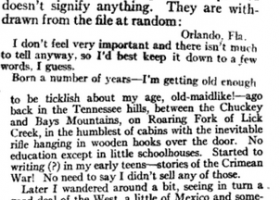 This image (merged from two images and cropped from the May 10, 1924 issue of Adventure Magazine) shows Hapsburg Liebe writing about... 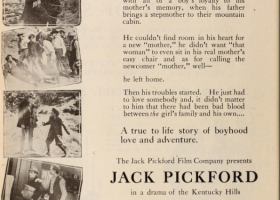