Mr. Henry Michael Rippel, 67, of Orlando, died Tuesday. Born in New York, he came here nine years ago from Oceanside, L.I.  He had been employed by the Borden Dairy Co. for 30 years, last serving as a foreman before his retirement in 1961. Survivors: widow, Mrs. Mary Rippel. Cox Parker Funeral Home, Winter Park. 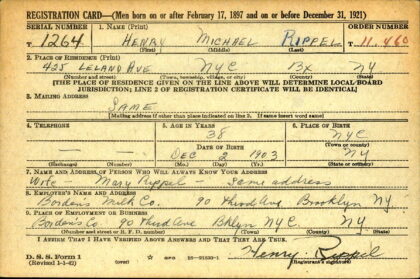