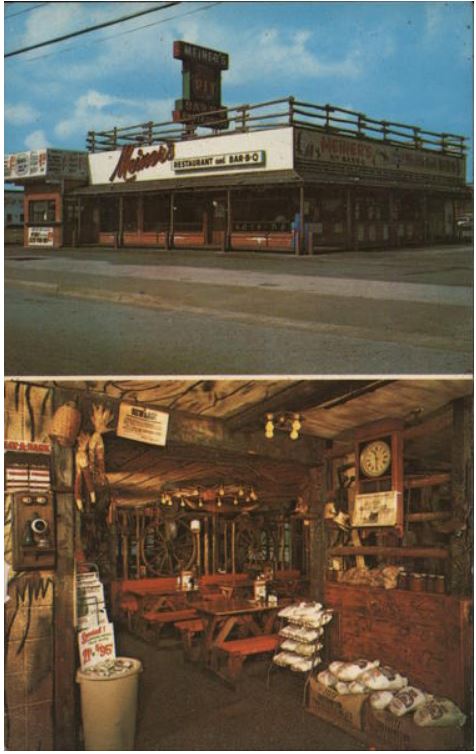 ABOVE: Postcard Meiner’s Pit Bar B Que on Colonial Drive in Orlando.

Restaurant Business Was In His Blood

The keys to Mack Meiner’s success were an eye for business opportunities and a secret family barbecue recipe. A restaurateur with a flair for antiques, Meiner spent his time among family, customers and stray dogs. Mack Theodore Meiner of Maitland died Sunday from heart failure. He was 77.

“Mack had a great sense of humor, and clowned around a lot,” said Tom Simmons of Winter Park, a childhood friend of Meiner’s. “He was always the center of a good time.”

Meiner graduated from Orlando High School in 1950 and then from the University of Florida in 1955. He signed on as a traveling salesman with MaxFactor and lived in Japan until returning to Orlando and the family business in 1965.

“Food was in Mack’s blood,” said Eleanor Meiner, his niece-in-law of Winter Park. “He was extremely generous in nature and it showed to friends and customers.”

In 1986, Meiner opened Eddie’s Bar-B-Que in Pine Hills in honor of his father, who died a few months after it opened. In an interview with the Sentinel, Meiner talked about his roots in the restaurant business.

“That kind of business, that’s all I ever knew,” he said in 1986. “I went to school and learned Latin American trade. And never used it.”

After retiring from the restaurant business in 1988, Meiner took over Cheap Charlie’s, a secondhand shop on S.R. 50 owned by his brother Charles, and filled it with antiques and finds from around the world. He also co-owned an antique shop in Montreal with Charles.

Meiner liked to be around people, but also had a heart for homeless dogs. At one time, he was caring for eight dogs in his home.

“You couldn’t go to dinner without Mack collecting steak bones and scraps to take home to the dogs,” said his nephew Sam Meiner of Winter Park. “He could never say ‘no’ to a stray dog.”

Most recently Meiner adopted Sweetie, a dachshund mix from Pet Rescue by Judy in Sanford. Meiner is survived by another nephew, two nieces and several great-nieces and great-nephews. Orlando Direct Cremation Service is handling arrangements. 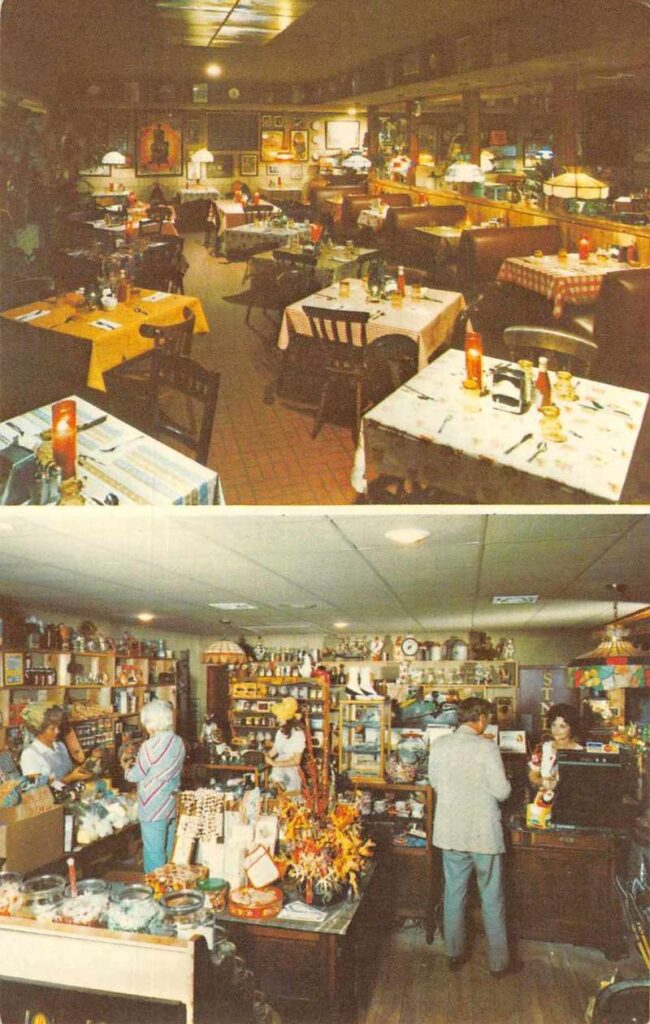 Whip cream cheese with mixer until fluffy.
Beat in Sugar and Peanut Butter.
Prepare Dream Whip with milk according to pkg.
Gently fold whipped topping into peanut butter mixture.
Pour into pie shell and smooth out toward edges, as mixture will be thick.
Sprinkle with chopped peanuts.
Chill until firm.