When I was ten years old in 1935 my mother she had what, I guess, you call Florida sand in her shoes. They had come down here earlier on just a camping trip and stayed in motels. So she came down here that summer of 1935 and she bought this place in Taft, a house and four lots. It was just a little one story house and four lots for $350.00. And then she bought a two story house and moved it up in front of that and that’s where we’ve lived all these years… and the one story is the oldest house in Taft…

I graduated from high school in North Carolina. We lived out in the country. Well first I went to Harris Chapel School which was a one room schoolhouse… I graduated from high school when I was 15 years old. My parents had already moved by then. So I came back down here and I went to Orlando Junior College the first year that it was there. Mr. Hale, my mother got in touch with him… I didn’t drive of course. And she got permission or he did for me to ride the public school bus. So I rode it up to Cherokee Junior High and I got off there and I would walk up, it was up just north up there. I went two years to Orlando Junior College.

Then I was old enough to go to nurse’s training. I turned 18 that summer. And I went in Presbyterian’s Hospital in Charlotte, North Carolina. That was the war years. I went in ’43 to ’46 and graduated from there. And I’ve been a registered nurse all my life. And that’s how I got to work at Pine Castle School…

Were there many ladies at Orlando Junior College when you started?

There were more ladies than men because it was the war years.There wasn’t many courses for me to take. I took engineering, drawing, and a lot of things that men would take. I know I took botany. I don’t remember exactly. It went by really fast…

Did you start your nursing career at Pine Castle Elementary School?

I started their in the fall of ’58. I graduated in 1946. I did some private duty nursing and I did – well, I got married in ’46, too. And, oh, I worked in doctor’s offices quite a bit. My mother died in ’58, the spring of 1958. I had been taking care of her. She was an invalid. So then that fall I started thinking about going back to work. And so I heard about the school and I went up there. Miss Frances Bethay was the principal. She was a wonderful, wonderful person and she had two nurses there who were parents. So they talked to me. It seemed like to me that we didn’t talk but a few minutes and they hired me. They had asked the PTA to donate money to pay for it. It was a first. They never had a nurse. So my first pay check was $75.00 a month. I got a brown bag with 75 one dollar bills in it. I went home and tossed it up in the air like rain.They were all so wonderful to me…

I don’t know. My husband made a lot more money. He always did. But I loved it there. It worked perfectly. My children were there and my hours were the same as theirs… I worked there until 1971. I think 13 years. At that time my husband and two sons were at Disney; building Disney. And so, if I had gone back there with their hours I wouldn’t have seen them. So I left and that’s when I went to Florida Manor. It’s now Presbyterian Care, I believe.

He was a second grader and he was over in the far building. And I always checked their temperature and everything, but I could see right away he wasn’t sick. So I said to him, “You know our soldiers they have to go to war and do things they don’t want to do and they have to be brave and they fight for our freedom.” I said, “Now you’re over there and you don’t want to do some of those things and you want to come over here.” And I said, “If you’re going to be a success in life, you’re going to have to learn these things that the teacher is trying to teach you right now. You’re going to have to go over there and you’re going to have to be like the soldiers and be brave and do what you don’t want to do…” And so I went and I saw him and I think he was skipping on the way back over. And he was a cute little boy. So then some time later, I don’t know a couple of weeks, a teacher told me about this. He said, “I need to go see the nurse.” And she said, “Well, what is it?” And he said, “Well, I think if I could just go over there and hear another one of Miss Harkey’s soldier stories I’d be all right”… Oh, it was a joy. You know, the children were just – it was very good…. 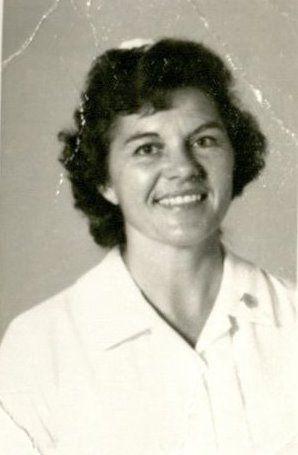 Each year I measured and weighed the children twice a year. Of course, the girls would want me to whisper it to the teacher. Don’t tell their weight. And I’d check their eyes. If their vision was very poor I got some eye doctors who donated their services and they helped them get glasses. I think through the Lions Club. I checked their hearing. Same with the ear doctor. I did a lot for the children. I guess they didn’t have a truant officer back then, but they had one sometimes that had been out a long time. She had me go and visit and see what the problem was. And some of them needed clothes or something, different things. I think we had about a tousand children that first year… And we had a lot of poor children and a lot of doctors came out there. Shirley Cannon, her children were out there. It was a nice community. Everybody, they all appreciated me and they were all very lovely….

Well, it was a wonderful life. It was great. I enjoyed every bit of it. 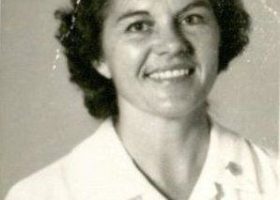 I always checked their temperature and everything, but I could see right away he wasn't sick. So I said to him, "You...

There are currently no video related to this memory.
Oral History Interview with Sarah Lou Harkey