Rudolph Waekamp was born on May 2, 1890 in Westfalen (Westphalia), Germany. Rudolph was 78 when he passed away. He resided at 921 Hastings in Orlando. Survivors: wife, Henrietta; children, Alvena Renner, Martha Vance, Augusta Morrison. Sibling, Christine Larr.

The Funeral Notice of Rudolph William Waekamp appeared in the Orlando Sentinel on 17 December 1968. The obituary was published on December 18, 1968.

Notice that he was 52 years old when he had to register for the draft in World War II. 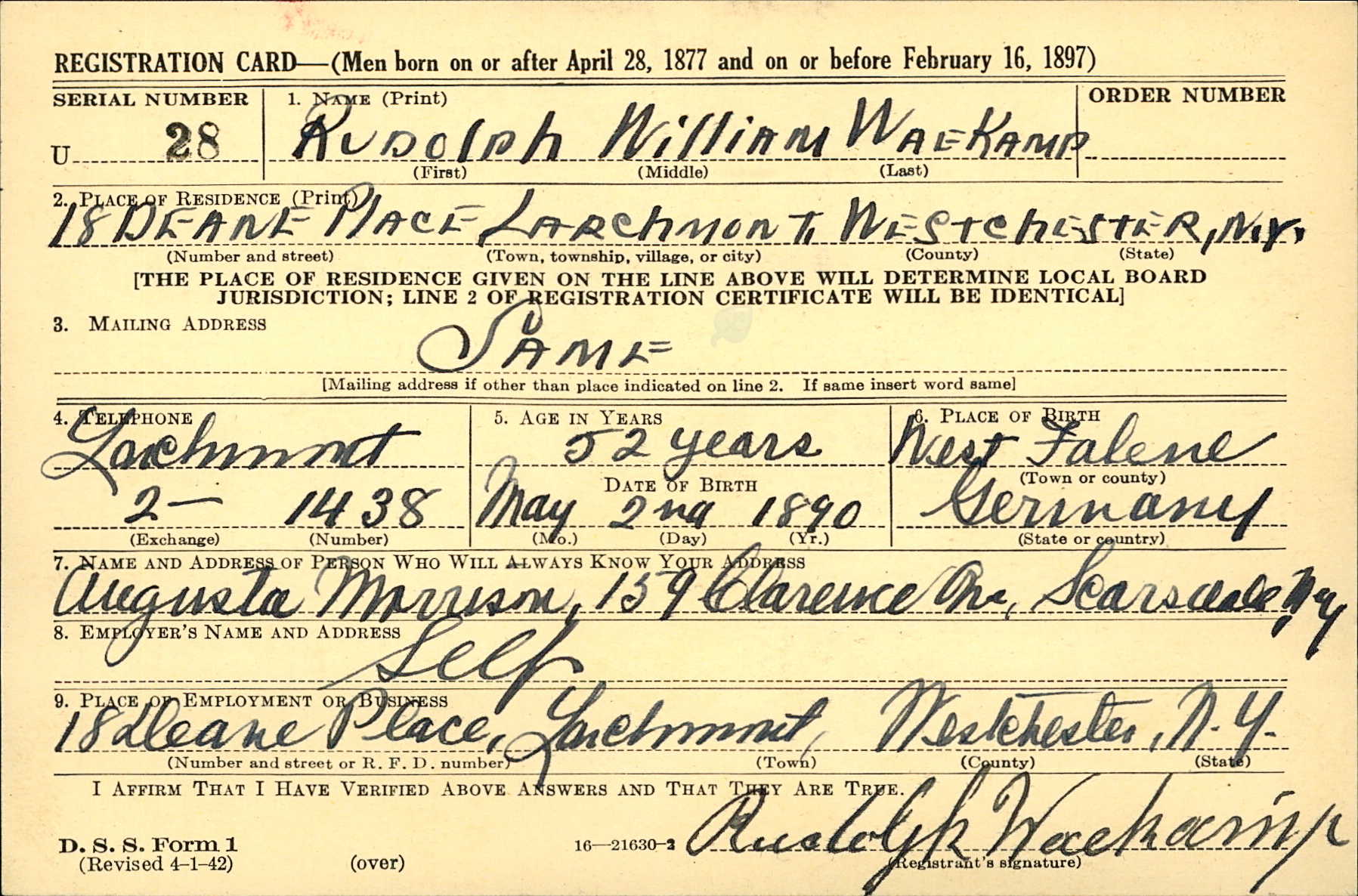