ABOVE: Photo of the Circus World billboard from Interstate 4 in the 1970s.

The Ringling Brothers and Barnum and Bailey Combined Shows, Inc., opened Circus World in Haines City, Florida on February 21, 1974. While the location was great – at the intersection of US Highway 27 and Interstate 4, just 10 minutes from Walt Disney World – the grand plans, including a 10 story elephant shaped hotel, were deemed to expensive as interest waned. The park was sold several times and finally closed on May 10, 1986. It was totally redone and reopened as Boardwalk and Baseball but it was also short lived. Enjoy the images below from a brochure from 1977 and one from 1980!

View mini documentary on the history of Circus World and how it became Boardwalk and Baseball. 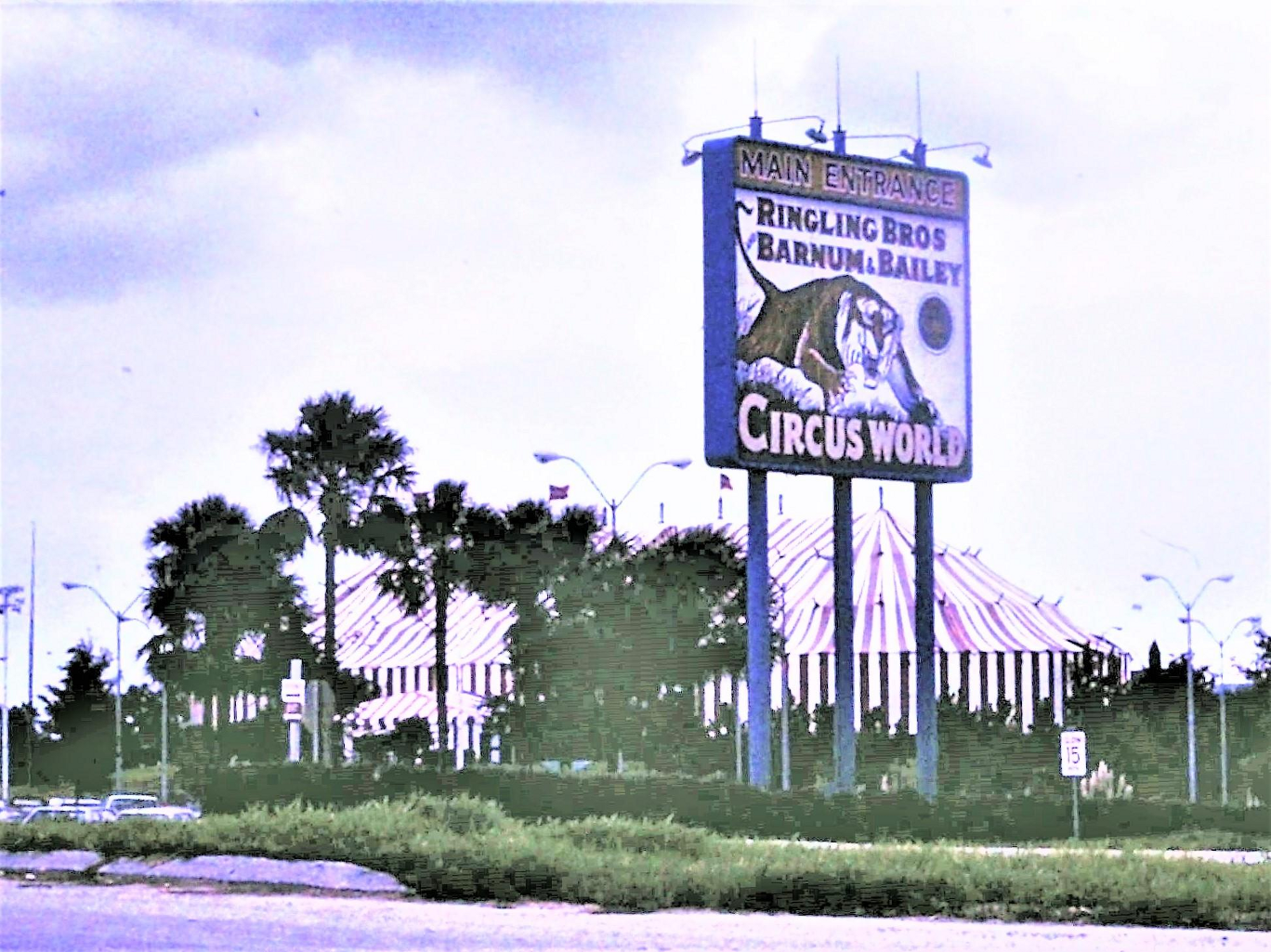 Visitors to central Florida in the 1970s and 1980s could enjoy an amazing circus showcase. The wonderful but short lived theme park was located at the intersection of Interstate 4 and U.S. Highway 27 in Haines City. 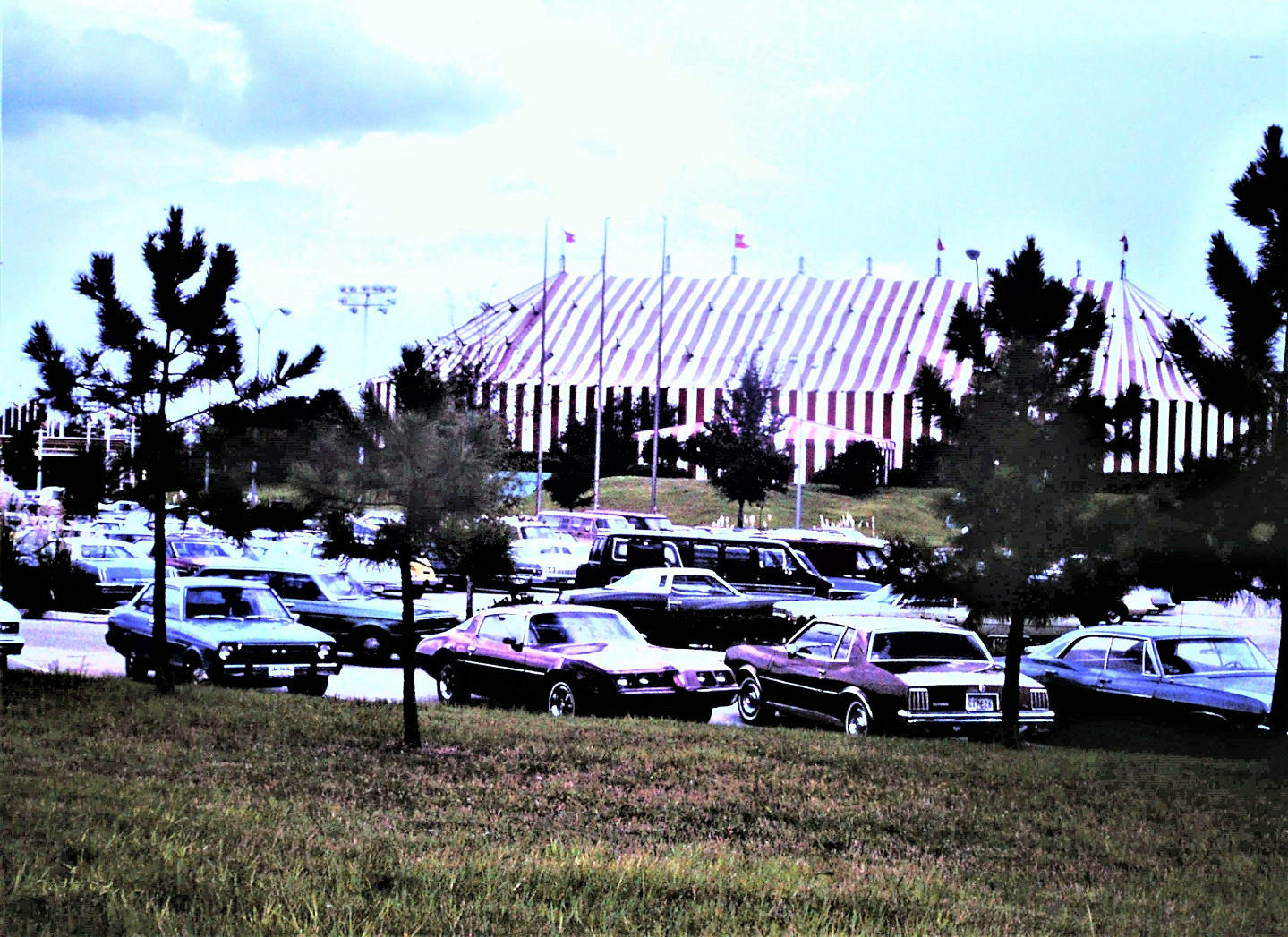 Photo of the big top  tent from the parking lot.

Circus World opened in 1874 and closed in 1986. What appeared to be a “Big Top” circus tent was in fact, a building designed with that intent. 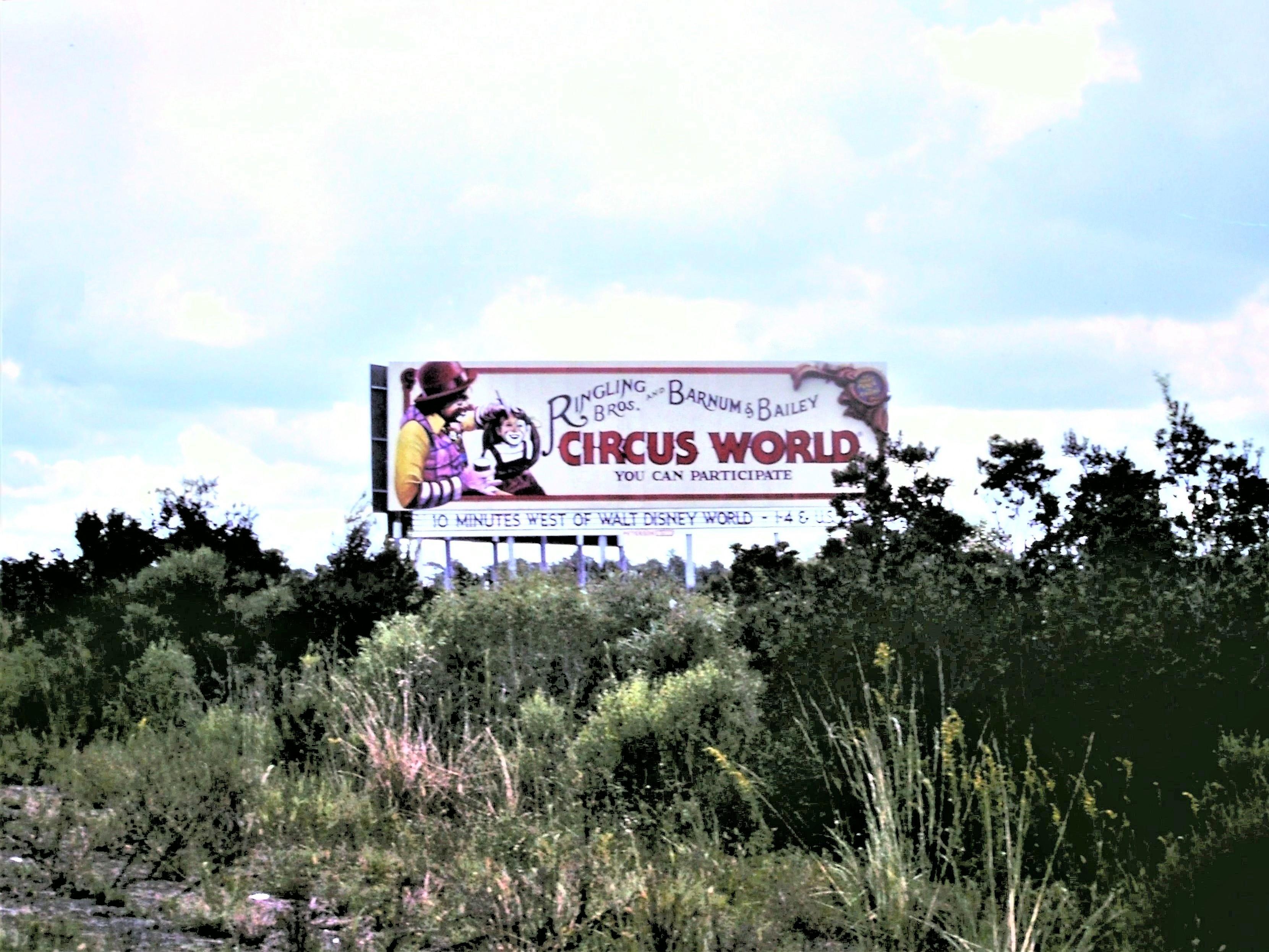 Traveling west out of Orlando on I-4, drivers in the late 1970s – early 1980s saw this billboard advertising what was a wonderful but short lived theme park.

This brochure is located in the reference collection at the Orlando Public Library under: Florida – Tourist Attractions – Ringling Brothers and Barnum and Bailey Circus.

The brochure is in the reference collection at the Orlando Public Library under: Florida – Tourist Attractions – Circus World

The Most Unique Family Theme Park in Florida. Introduce a little kid (or a big kid) to the Greatest Place on Earth.

The circus is for kids of every age. So bring yours, or bring yourself. Then see the IMAX history of the circus on a six-story-high screen. Meet a furry friend at our Petting Zoo. After you note the sword swallower in the sideshow, stop for a bite at our international foods pavilion. Learn a thing or two about yesteryear’s crafts at Barnum City Crafts Village and take home a made-to-order treasure.

At Circus World, one admission entitles you to everything. And for families and kids of every age – there’s no other place on earth like it!