ABOVE: Photo by Kelsey Curtis

I remember the East India Ice Cream Company on Park Avenue in Winter Park and having my first date with my husband there.  It was a busy place and you had to squeeze in to get around all the little tables.  There was an air of bustle that was frantic but inviting at the same time.  Ah and the flavors we loved were mint chip and cookies and cream, but they had some less everyday flavors too –with coffee, sandwiches and such it made a college student (Rollins up the street) a great meal.

Read about the closing 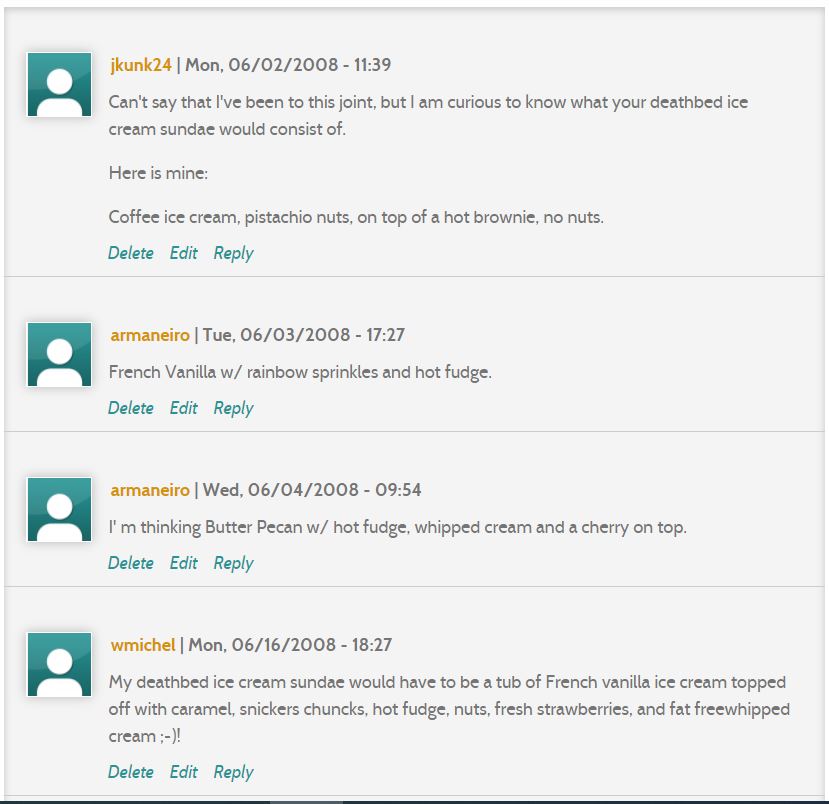