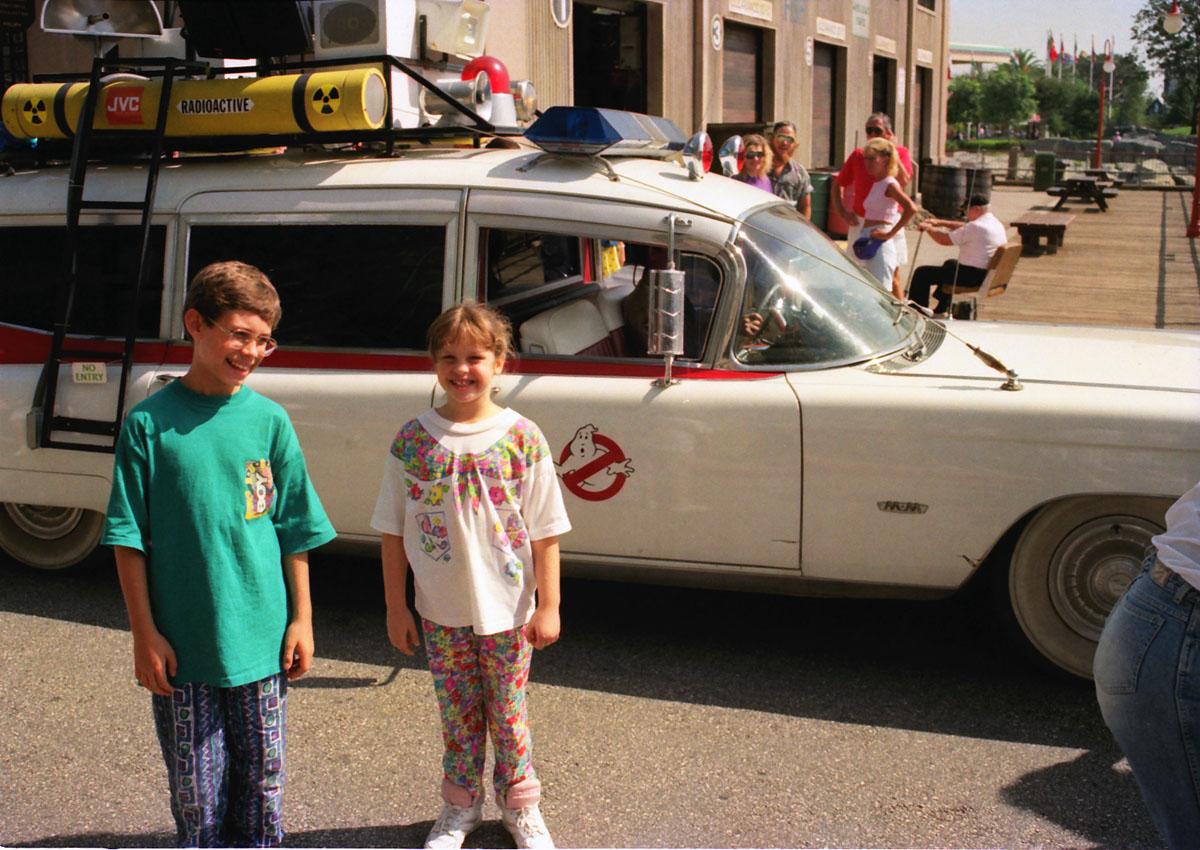 ABOVE: From 1990 when the Ghostbusters Spooktacular and the stage show were part of Universal Studios in Orlando, Dr. Peter Venkman and his other Ghostbusters made appearances in their ambulance and posed for photos with park guests. The Ghostbusters attraction was a favorite of my family and especially my kids who owned a complete setup of Ghostbusters movie paraphernalia including backpacks, traps, containment units and slime. This photo was taken in 1992 on one of our many visits to the park. Christopher and Ashley Peters were excited about getting a close up look at Eco 1.

Maybe it was because we loved the Ghostbuster movies, or maybe it was because we loved to participate in attractions that allowed you to use your imagination and join in the action, but everyone in our family loved the Ghostbuster Spooktacular attraction at Universal Studios in Orlando. It was our favorite! We liked the second version better than the first because government agent Walter Peck  was such a great antagonist and so easy to dislike.

Ghostbuster Spooktacular was one of the original attractions when the park opened in 1990, and was located just down the street from Kongfrontation. In addition to the ride, actors representing the movie’s main characters performed in front of the library building and rode around in a replica of the Ghostbuster ambulance stopping to take pictures with visitors to the park. The attraction was closed in 1996 and replaced with the Twister ride, but the actors remained until Universal failed to renew their license in 2005.

The attraction premise was redesigned several years after opening. The first incarnation had a tour guide leading visitors into a room with a glass partition between the stage and the audience. The set was the final battle scene in Ghostbusters I with the Temple of Gozer. The tour guide speaks as unbeknownst to her, Slimer enters and exits and Gozer makes her grand entrance. When all seems lost, the Ghostbusters make their entrance announced by strains of their theme song and banish Gozer only to be attacked by the Stay Puff Marshmallow  Man!

The second incarnation of the show replaced the tour guide with Walter Peck, the government agent who was trying to shut down the Ghostbusters in the first movie. After throwing a switch which shuts down the containment unit, Peck has his encounter with Gozer and Stay  Puff  Marshmallow  Man.

Needless to say, everyone in the audience who  were familiar  with the movies and the music, joined in by booing Peck and cheering for the Ghostbusters and answering the question posed in the song: “Who ya gonna call?” . . . “Ghostbusters!” 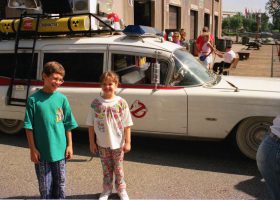 From 1990 when the Ghostbusters Spooktacular and the stage show were part of Universal Studios in Orlando, Dr. Peter Venkman and his...