The Herndon Branch opened its doors to the public on November 23, 1998.  It is a leased facility in the Colonial Promenade shopping center on East Colonial Drive. Previous occupants in the building were Barnes and Noble book store and T.J. Maxx. The branch opened its doors with a unique collection of library materials. The collection was selected from a newly purchased list of titles. A smaller part of the collection was prepared from older titles held in the collection or duplicate copies from other branches.  Herndon, in its first year, housed the smallest collection within the system with 47,500 items on the shelves. However, circulation statistics show that these items flew off the shelves to the tune of 20,000-25,000 items per month. 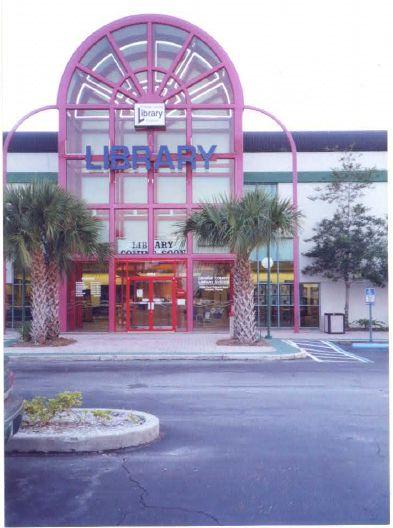 During the first year in operation, Herndon circulated over 121,000 items and was visited by over 90,000 patrons.  New library card registrations totaled 4,333. These numbers reflected the large number of persons relocating to the area.  The opening of the Herndon Branch helped to relieve the crunch in the eastern part of Orange County, as two of the busier branches, East Orange and Southeast, had experienced some decline in their circulation statistics during 1999.

There is a diversity in the age of our patrons.  Long-time residents appreciate the library’s close proximity to their well-established neighborhood.  The abundant parking is a feature mentioned frequently by seniors who find parking for the downtown library to be a stressful project.  This has fueled the demand for more large print items.

Future impact is yet to be determined, but several factors point to increased activity. One factor is the relocation of the East Orange Library several miles eastward toward Alafaya Trail.  A second factor is the future development of the Orlando Naval Training Center property into a residential/commercial area only a short distance away. 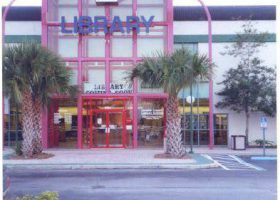 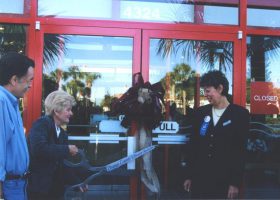 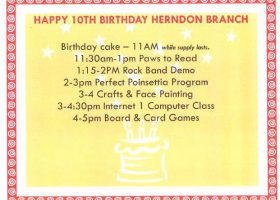 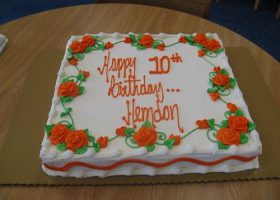 The crowd in front of Herndon during  the Opening Day Celebration.