The Infinite Mushroom at Colonial Plaza

During the 1960’s and 1970’s the Infinite Mushroom was where you went for concert tickets, black light posters and apparently unbeknownst to me (I was rather naive at the time) various paraphernalia used by “Hippies!” I went there for the cool beaded curtains, incense, rock posters, and tie dyed clothing. It was off Bumby near the intersection with Robinson on the far south east side of Colonial Plaza area.

It was not until 1972 that I realized what the shop was all about. Some friends of my parents were visiting from South Carolina and their 17 year old son asked me about the Infinite Mushroom. I was surprised that he knew of it, but was happy to take a drive from Leesburg to the big city in my MG Midget.

We visited the store, he made a purchase, and we headed back when I became aware that he was a smoker (not cigarettes). He had apparently needed some paraphernalia and was ready to enjoy a good smoke while we were stuck in traffic on Aloma Avenue with the MG top down!

Needless to say, he did not smoke in my car and I reported his bad habit to his parents when we returned home. That was the day I realized that the Infinite Mushroom was a popular and well-known “head shop” and I never returned again.

The WLOF Top 40 pamphlet with the top hits from February 28 to March 6, 1970 mentions Infinite Mushroom as a location to purchase concert tickets.

Check out these photos from the original Infinite Mushroom on Edgewater. 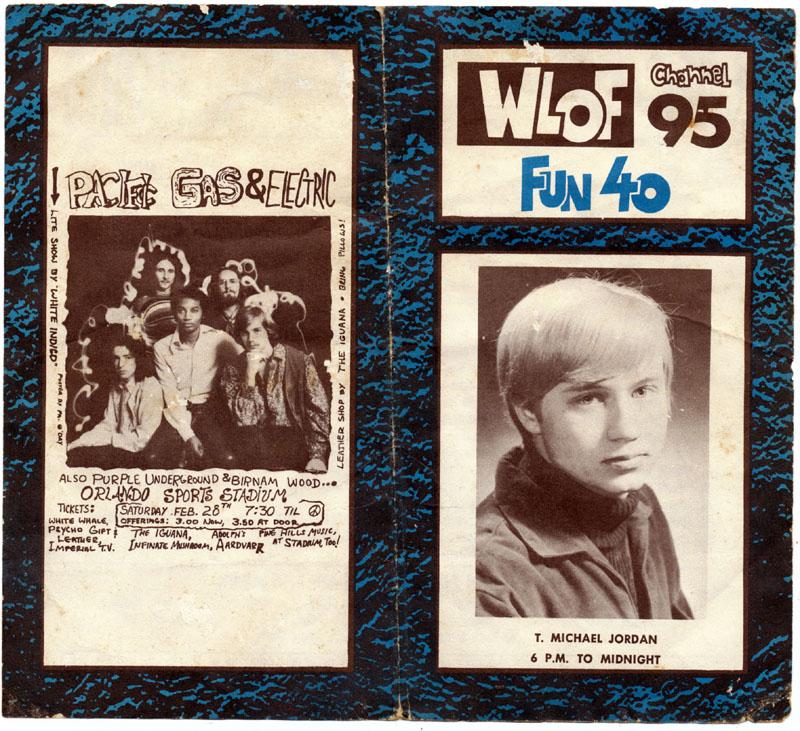 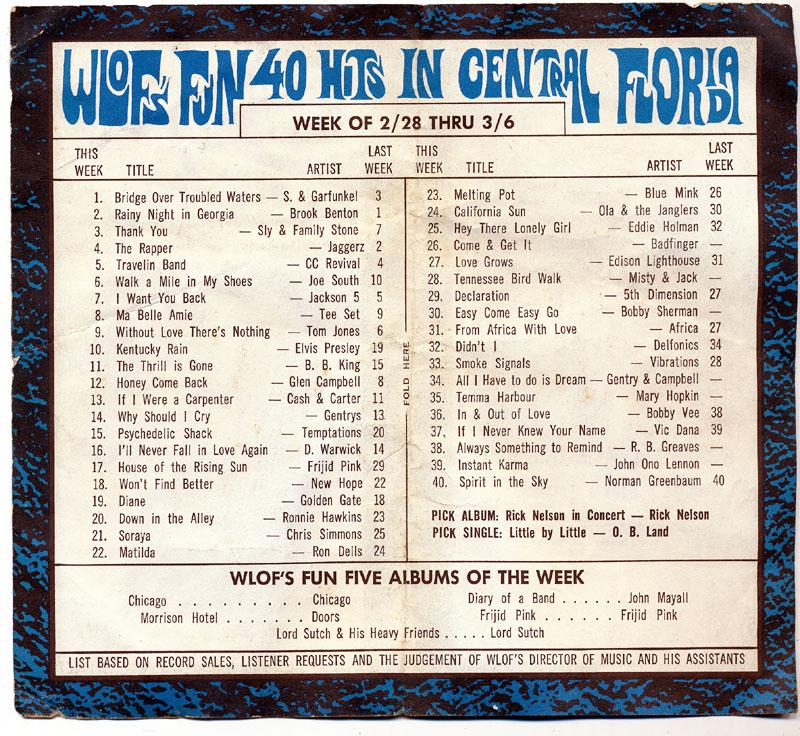 The Infinite Mushroom finally closed in 2004. 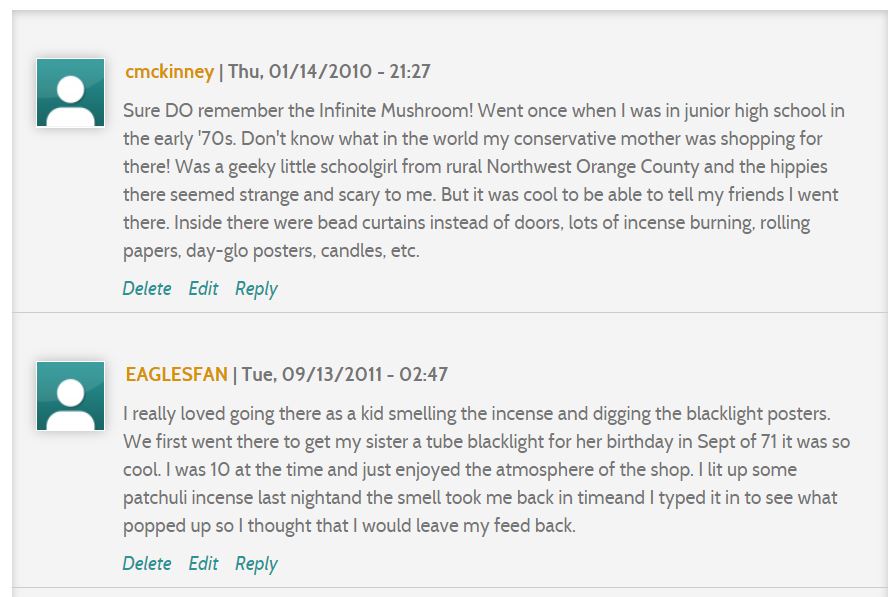 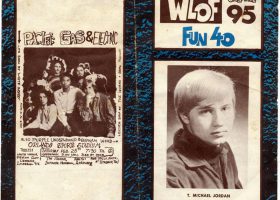 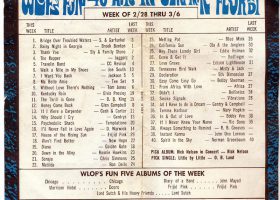 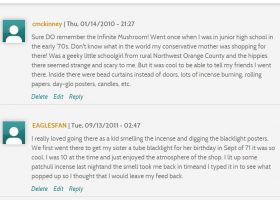 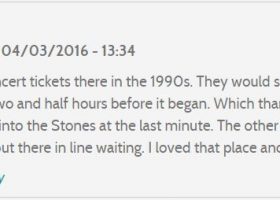