ABOVE: Advertisement in the 1963 Colonial High School yearbook.

Special thanks to Lora’s daughter Elizabeth Bucker for sharing her memories and photographs to make this post possible. 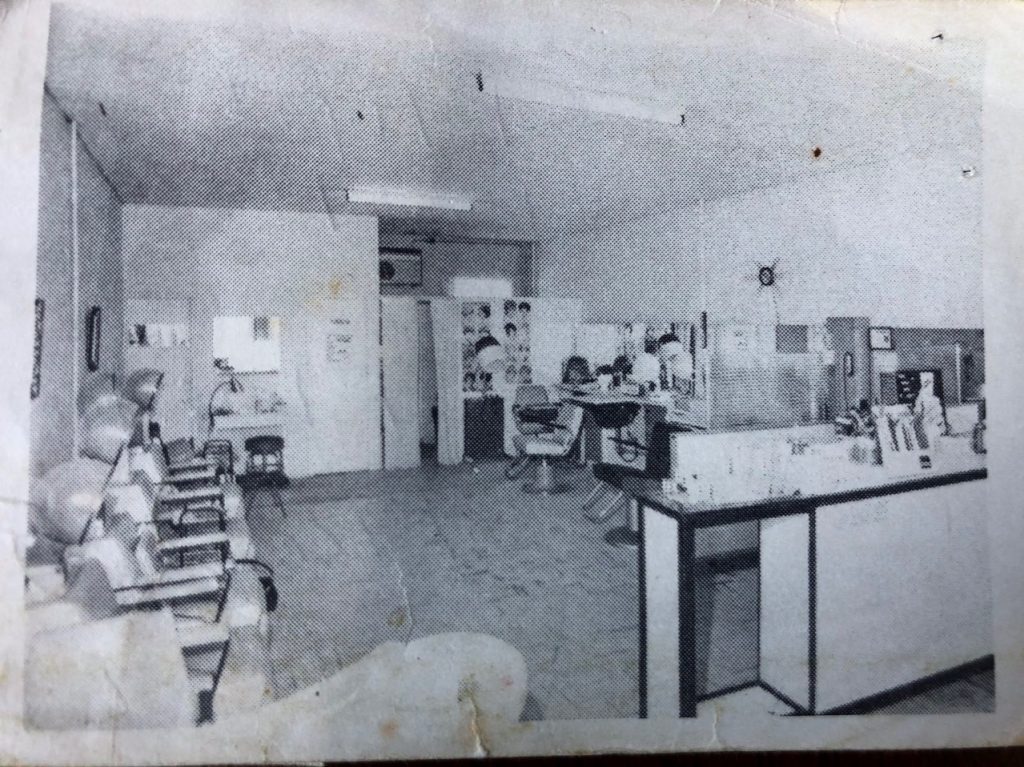 ABOVE: Lora’s Klip and Kurl Beauty Salon. You can see the  hair dryers along the left,
the wash sink in the back on the far right and the manicurist’s table in the front left.

Lora Ervin owned and ran Lora’s Klip and Kurl Beauty Shop at 569 N. Lake Barton Road (now 569 N. Semoran Blvd.) in Azalea Park from the late 1950’s until 1971. Advertisements for the Klip and Kurl, like the one above, were found in a number of Colonial High School year books as the Klip and Kurl was the place to go for the latest hair styles for ladies of all ages in Azalea Park.

The Klip and Kurl was a full service beauty salon and Lora’s daughter Elizabeth has vivid memories of the salon and their neighbors at Cafe Italiano. 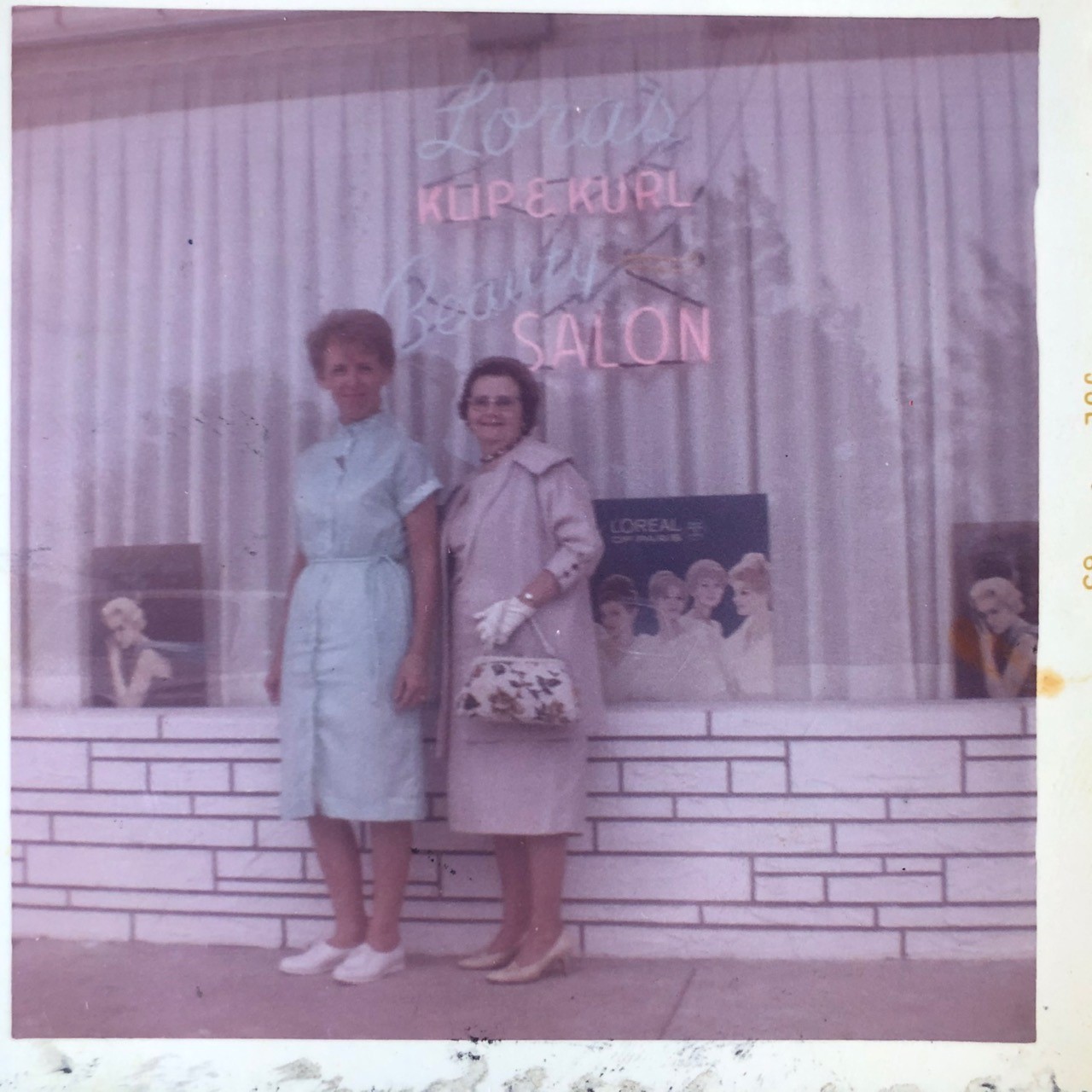 ABOVE: Lora and her Mother-in-law Mary Ann Ervin.

“Mom had several hair dressers that worked for her in the salon.  It was a very popular salon and all the hairdressers wore the white or powder puff blue uniforms.  They specialized in the big bouffant hairdo’s that were popular at that time, permanent waves, hair colors (sometimes crazy colors back then), teasing, manicures, etc.”. 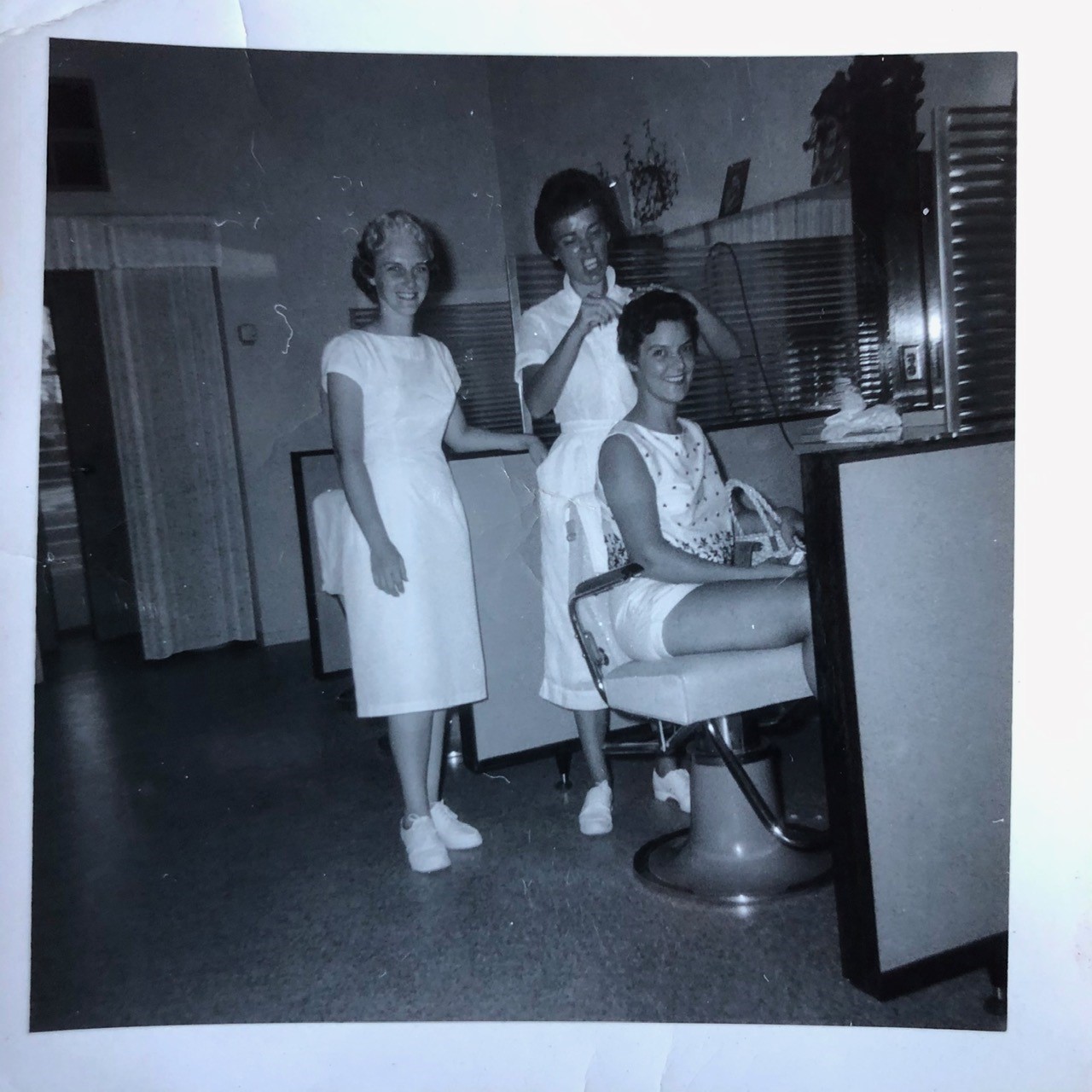 ABOVE: Lora Ervin and unknown customer with another hair dresser at Lora’s Klip & Kurl.

“There was a very popular Italian restaurant next door named Café Italiano. Mom was friends with the owners and the food was great. From what I remember the son, who is my age, took over the business from his parents. The food was still great the last time I went there 20 years ago!  Back in the day — 50 – 60 years ago — that was a great location for the salon and the restaurant.”.
.
Vincent Tierno and Salvatore Lauro are listed as president and vice-president of the Café Italiano in the 1967 Orlando City Directory. In 1998, the restaurant was listed in the Central Florida Yellow Pages as “Ann and Sal’s Café Italiano”. In 2011, the Orlando Sentinel food critic Scott Joseph dined at Café Italiano and filed this review. Sadly, Café Italiano closed and another restaurant now occupies its former location.
…

“Mom closed the Klip and Kurl salon in Orlando in 1971 in order to go to Georgia and help take care of her mother.  She came back to Florida some time later but did not re-open the salon as she was retired by then. She and my Dad lived in Winter Park Pines subdivision at the time these photos were taken and later relocated to Oviedo.”
.
“Mom was born on February 26, 1926 in Dunlap, Tennessee and grew up in Dalton, Georgia. Mom passed away on December 14, 2015 in McDonough, Georgia.
.

.Another salon now occupies the location at 569 N. Semoran Blvd. (formerly 569 N. Lake Barton Road) where Lora’s Klip and Kurl Beauty Salon once served the ladies of Azalea Park, but there are many who still remember Lora.. 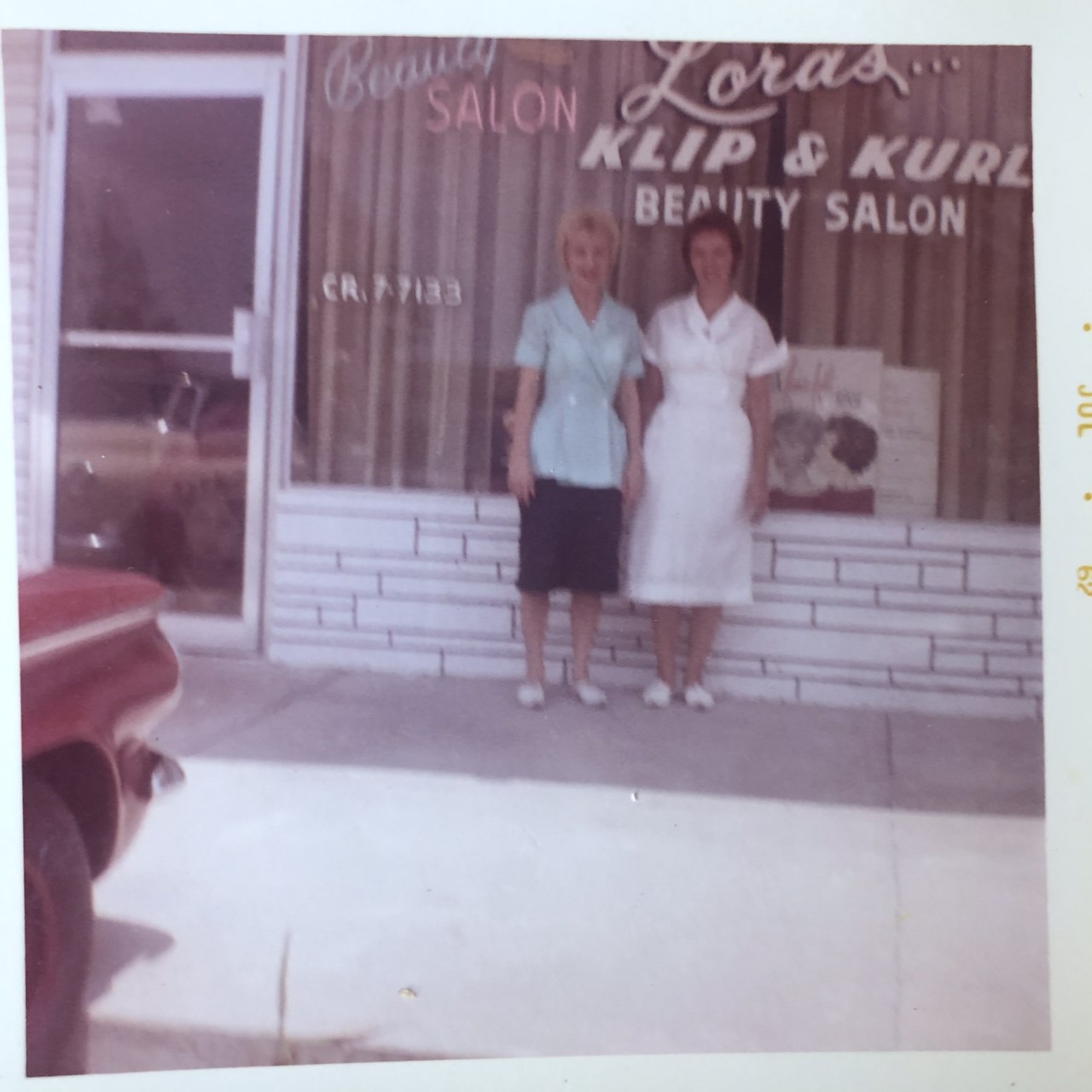 ABOVE: Lora Ervin and Lola Peacock, another hairdresser at the Klip and Kurl.

One can only imagine the thousands of wedding and prom photos from the late 1950s-1971 that feature smiling young ladies with beautiful bouffant hairdos courtesy of the hairdressers at Lora’s Klip and Kurl!
. 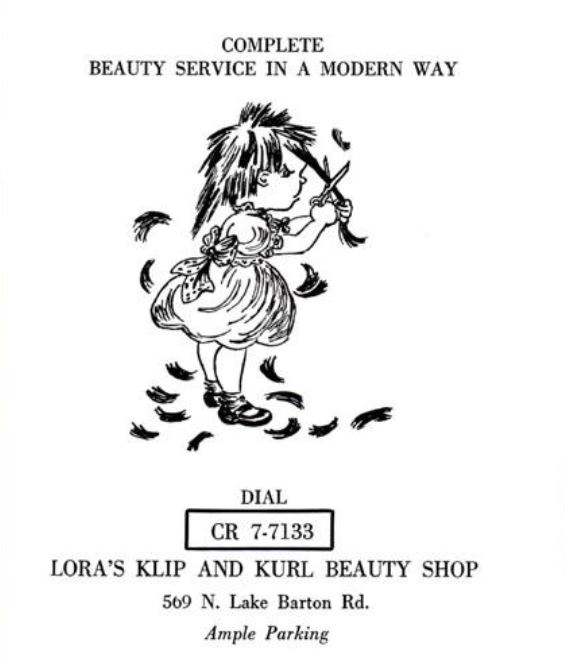