The Beacham Theatre: The Early Years

Born in Dublin, Georgia, in 1864, Braxton Beacham moved to Florida in 1883, first settling in Maitland and then a year later, moving to Orlando. He first found work in a dry goods store as a clerk, but later set his eyes on something bigger: local real estate. At one point in time, Mr. Beacham owned 150,000 acres of timber land, 500 acres of orange groves spread out over Orange and Seminole counties and a farm in Alachua county at which he raised pigs. Braxton Beacham also served as the 18th Mayor of Orlando in the years 1906 – 1907. However, today, he is probably most well known for the venue that still bears his name, The Beacham Theatre.

Braxton Beacham, mentioned in the May 21, 1921 issue of Motion Picture News

In 1917, Braxton Beacham purchased the building that had formerly served as the Old Orange County Jail. The Beacham Theatre, then located at 40 – 42 N. Orange Ave., was built on this site. The Beacham was built as a two story building with fireproof brick and steel and was equipped with the finest technology of the day supplied by the Southern Theatre Equipment Company of Atlanta, Georgia. 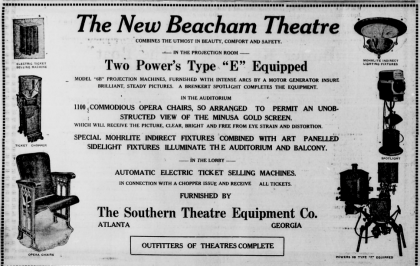 Advertisement for the Beacham Theatre in the December 8, 1921 issue of the Evening Reporter Star

The Beacham Theatre was completed in 1921, and its opening day was December 9th of that year. It originally served as a movie theatre and vaudeville house.

Its first showings were for the two-reel comedy “The Boat” by Buster Keaton, and the feature film “The Wonderful Thing” starring Norma Talmadge. The Beacham Theatre played both newer and second-run films; within their first month playing multiple films by popular stars of the day like Lon Chaney, Charles Ray, Nazimova and Mabel Normand.

By 1922, The Beacham Theatre was leased to the E.J. Sparks Theater chain. By 1935, the E.J. Sparks theaters in Florida numbered 85 and also included the Tampa Theatre and the Community Theatre in Miami Beach.

Because the Beacham Theatre also had live acts performing, this necessitated the creation of a tunnel that ran underneath Orange Avenue. The tunnel, which connected the Beacham Theatre and the then newly built Angebilt Hotel, allowed for the famous performers to escape the crowds of fans waiting for them in the street.

Braxton Beacham, Sr. died in 1924 and his children inherited the theatre after his passing. By 1947, The Beacham Theatre was operating as a part of The Florida State Theatre system, along with five other theaters in Orlando. 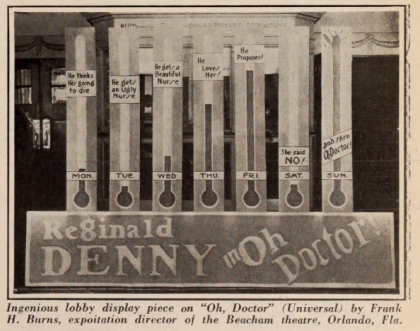 Lobby display shown in May 2,1925 issue of Motion Picture News 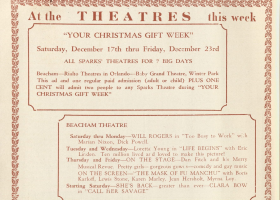 Scan from The Greeter, penultimate week of 1932. 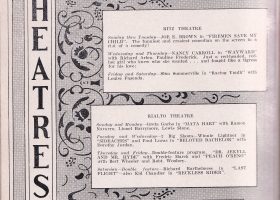 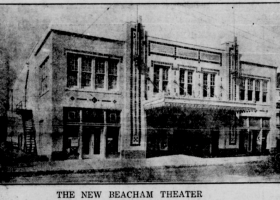 Picture of the Beacham Theatre as shown in the December 8, 1921 issue of the Evening Reporter Star. 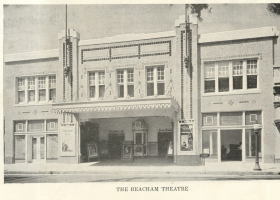 Picture of the Beacham Theatre as featured in the December 1922 issue of the Orlando Magazine. This picture appears to have been...

This document shows the showings at the Beacham Theatre for the year of 1921.