This article penned by well-known Orlando resident W. R. O’Neal was published in one of the Orlando newspapers in January 1936. It appears this was an entry in a column called: “Memoirs by W. R. O’Neal.” 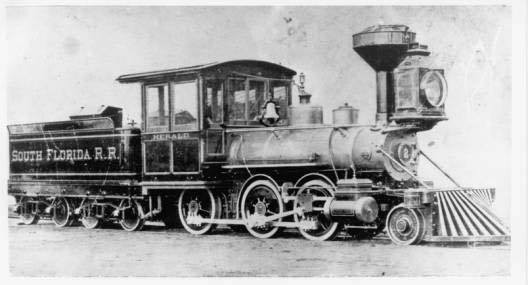 There have recently come to me inquiries about some of the major events that have occurred in Orange county. When historical dates and locations are given, there is always someone who is quite sure that the event occurred in a different place or at a different time.

Those who attempt to record facts seldom agree, unless there is some definite recorded data that is available, and which can be verified. This is more likely to be true when any number of years have intervened.

The older residents will recall a very forceful character E. W. Henck, who lived at Longwood and claimed to be the first to have surveyed, organized and promoted the South Florida Railroad.

Be that as it may. It was my privilege to know quite intimately Mr. Henck, Messrs. Swope, Ingram, Haskell, Gox, Welborn, Bishop, Rand and others who were in at the beginning.

I would, at this time, record what seems to be as near the facts as have been available to me If there are those who have other facts or data, I will be more than glad to correct any statement herein made. 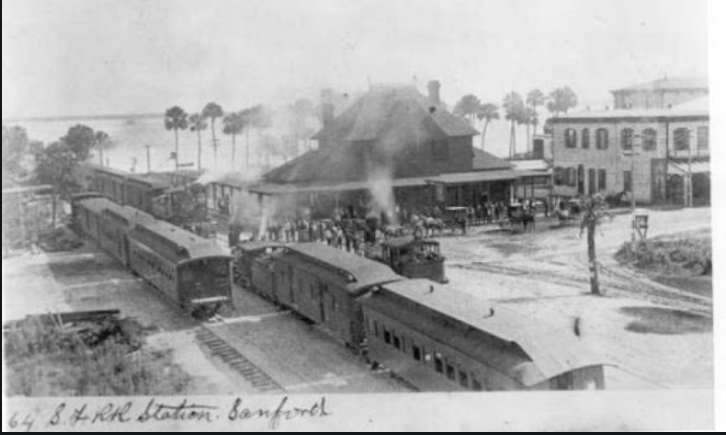 In 1875 there was chartered a Lake Monroe and Orlando Railroad. This road was to be a connecting link between the Florida Southern Lines, already built. The line was to tie together the St. Johns River, Kissimmee River, Lake Harris, Oklawaha River and Florida Southern via Gainesville, Ocala and South Florida.

In 1879 the charter name was changed to “South Florida Railroad.”

R. M. Pulsifer and Company, publishers of the Boston Herald, became interested and began to lay plans for construction.

On January 12, 1880, General U. S. Grant was on a visit to Florida. He is said to have been in Sanford and turned the first shovel full of dirt.

The first three miles was built by General Henry A. Sanford. 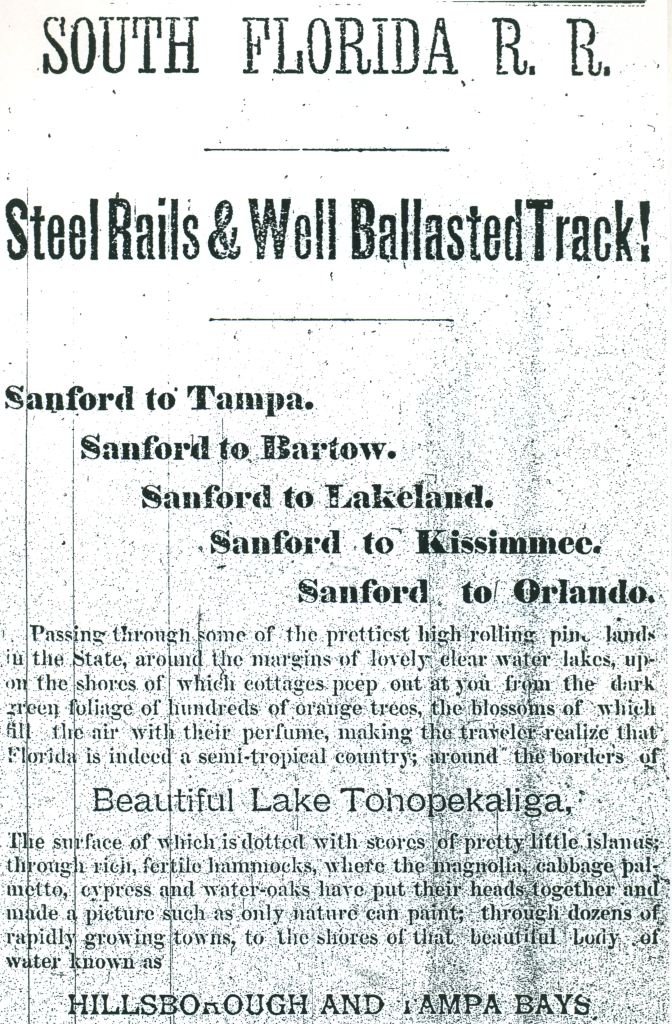 The survey is said to have followed the course of the old Tampa trail along the line of the forts. When the survey reached the east side of Lake Ivanhoe, it is said that the line was projected due south, via what is now Highland Avenue, to what would now be the east line of Greenwood cemetery; thence south to the west end of Conway lakes via old Pine Castle.

That a controversy arose about leaving the growing city so far off the railroad. That as a compromise, the Patricks, Reids, Worthingtons, and other large property owners gave permission to use and occupy Gertrude Avenue forever, without cost or compensation of any kind.

The actual rails are said to have been laid to Joseph Bumby’s feed store on the north side of West Church Street, May, 1881.

I am unable to state whether the feed store or the rails came first; probably at the same time.

The record is that the road entered Tampa on Feb. 16, 1882. A single coach with the wood-burning engine, Seminole, left Sanford on an inspection tour.

The following schedule was published April 17, 1882: No. 1, passenger left Sanford at 8:40 a.m. arrived at Kissimmee City at 11:30 a.m., connecting with Kissimmee River steamer owned by either Major Allen or Mr. Bass.

The road bed was settling; a heavier rail was found to be necessary, so that a 30-pound rail was replaced with a heavier one.

The construction of the Jacksonville, Tampa, and Key West, between Jacksonville and Sanford, was begun about the same time. The J. T. & K. W. being a standard gauge, and South Florida a narrow gauge. Changes came very rapidly in 1886-1887.

The building of the Ponce De Leon hotel in St. Augustine; the inauguration of thru-Pullman service of the Florida Special train by the Plant System, speeded up railroad changes.

The South Florida changed to a standard gauge from a narrow gauge. Thru Pullman cars were operated to Tampa via Savannah, Florida, and Western J. T. & J. W., and South Florida. Orlando was on the map.

Transportation was at its peak; the St. Johns River Line, one boat, each way, each day; the Kissimmee River Line; the Lake Harris Live, with the T. O. & A., T. & G., South Florida; Florida Midland; the Orange Belt, the Interurban, Orlando to New Smyrna, were all either begun or in prospect of being, with less than 400,000 people in the entire state. The transportation boom was on! 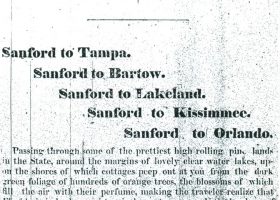 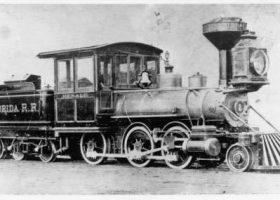 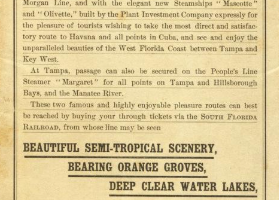 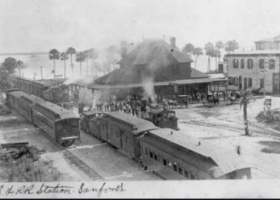 Railroad station in Sanford, Florida circa 1900.