The Seaboard Air Line Railroad Dinky Line ran from Orlando to Oviedo through Winter Park’s best residential sections and around the lakes on which the homes front. The original wood burner steam locomotive was eventually replaced with a diesel locomotive but the hazards of having freight trains running through neighborhoods remained.

This excerpt from an editorial by the Orlando Evening Star staff published on July 1, 1960, addressed the dangers.

“The photograph above shows a Seaboard Air Line Railway locomotive, which is pulling a string of freight cars, in the front yard of a home in one of Winter Park’s best residential sections. The Dinky Line, as it’s known, goes between many homes and the lakes on which they front and makes the use of the lakes by residents hazardous… The Evening Star recommends that the Dinky Line be abandoned when a consolidation of the two great roads is brought about. There are other rail routes in existence that could adequately serve traffic between Orlando and Oviedo as the Dinky Line does now.  The Dinky Line used to be a vital rail link. Later it became picturesque. Now it presents a danger.” 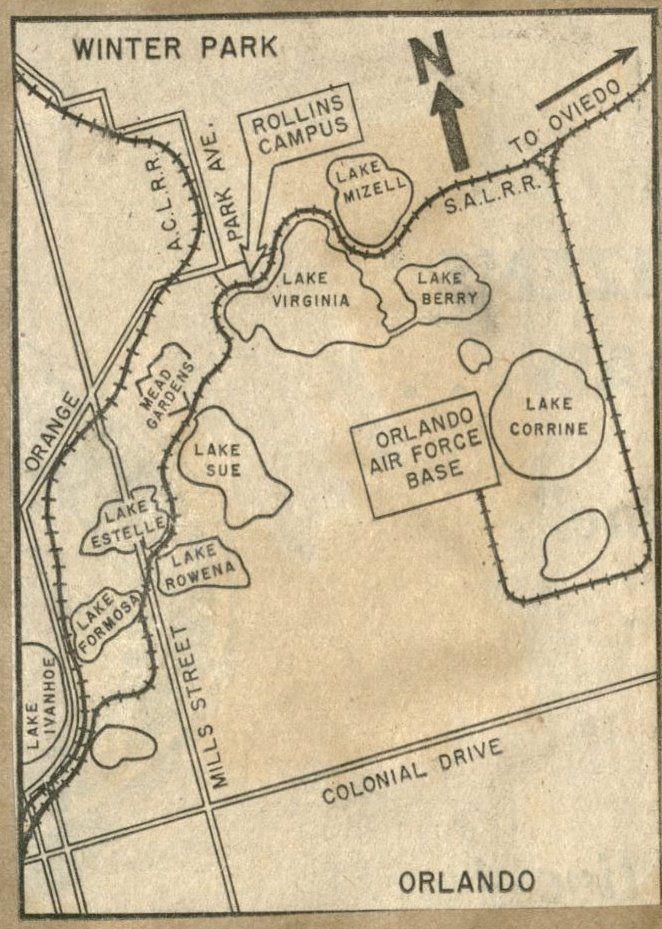 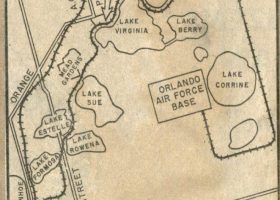 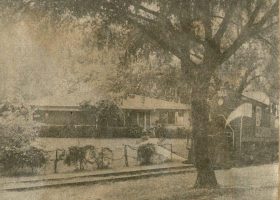 Photograph of a Seaboard Air Line Railway diesel locomotive on the railway that ran from Orlando through Winter Park's neighborhoods cutting many...