The Back to the Future ride at Universal Studios in Orlando, Florida opened in May 1991 just across the lagoon from the “Jaws” ride. The ride was closed on 30 March 2007 to make way for the Simpsons ride.

The premise for the ride is that Biff  has locked Doc Brown in his office and hijacked the time machine. Doc Brown begs the “visitors” to the institute to catch Biff and bump him to get him back to the institute. A wild chase ensues taking riders to Hill Valley where they smash through the clock tower. The chase continues through prehistoric time: from the ice age to an encounter with a T-Rex and an almost fatal trip down a river of lava. Riders bump Biff’s car at the last moment and both vehicles are returned to the institute where Biff is apprehended and the riders exit.

For roller coaster lovers, the ride was tame, with the motions more like those of a bronking buck, tossing riders from side to side and front to back. 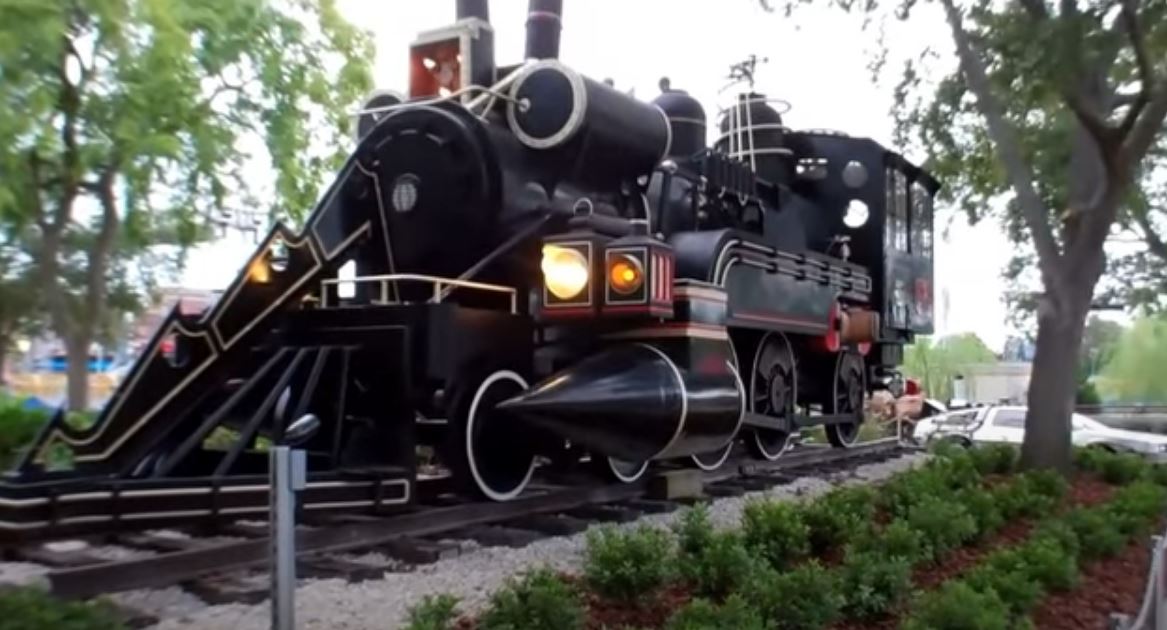 Perhaps the coolest part of the attraction were the movie props parked outside. Doc Brown’s DeLorean was located in front of the attraction and the Jules Verne time machine train from the third film was just beyond. Both were removed, refurbished and now can be seen in their new home in front of Soundstage 54.

VIEW Television Commercial promoting Back to the Future ride at Universal Studios.

VIEW Back to the Future ride Studio Tour at TheStudioTour.com. Includes videos, images and history.

READ more about Back to the Future ride